“So many righteous fights ahead for my dear partner in good and my Senator Elizabeth Warren,” the Massachusetts Democrat tweeted Tuesday. “We’ll continue to work alongside each other to build this progressive movement and fight for the people of MA. You pour your heart into this work daily and we are so much better off because of it.”

So many righteous fights ahead for my dear partner in good and my Senator @ewarren.

We’ll continue to work alongside each other to build this progressive movement & fight for the people of MA.

You pour your heart into this work daily & we are so much better off because of it. https://t.co/Cn6BAA5sQO

Pressley backed Warren during the senator’s 2020 presidential campaign. After she ended her campaign, Warren was considered a top contender on Biden’s list of candidates to serve as vice president.

She applauded Biden picking her Senate colleague in a statement on Tuesday, saying she would do “everything [she] can” to get them elected in November. Harris is the the first Black woman and the first person of Indian descent to serve on a major party presidential ticket

“I’ve known Kamala Harris for a long time — from when she took on Wall Street during the financial crisis as an Attorney General to working for the people every day as a United States Senator,” Warren wrote. “Throughout her career, she has been unafraid, an inspiration to millions of women who see themselves in her. As our vice presidential nominee, Kamala is making history.”

While Warren’s path to being on the 2020 ballot may have come to an end, talk is continuing around the Massachusetts senator’s future, particularly what role she could play in the Biden administration should he be elected.

“It’s clear she’s going to be very influential and important,” former Massachusetts representative Barney Frank told the Boston Globe. “She is willing to be independent and differ, but she knows how to do that in ways that maximize her influence.”

Wilnelia Rivera, the founder of Rivera Consulting, Inc., told WGBH regardless of what happens post-election, Warren will play a key role in the next months for the Biden/Harris campaign.

“What [Warren] has done for this state, and what she has done at a national level through her presidential run, is exactly the kind of campaign that I think the Biden campaign needs to run now,” she told the station. “Which is: regardless of how confident you feel with one part of the electorate, it’s not enough.” 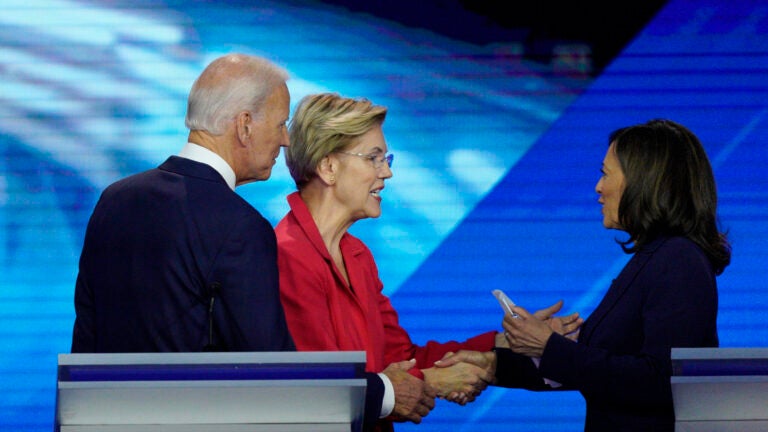 How the Mass. congressional delegation reacted to Kamala Harris being Biden’s VP pick