The idea was born on the Fourth of July as a group of young friends reveled on a deck in New Hampshire, talking about politics.

After deep and thoughtful conversations, Mike Brodo and Ryan Doucette found themselves asking, “How do we get our message out there? We’re so frustrated with people coming to us and just not understanding why we’re saying what we’re saying against what the president is saying.”

Brodo — whose first engagement within the political realm as a kid was knocking on doors for Marco Rubio’s 2016 campaign in New Hampshire — briefly went inside to get a glass of water when he was hit with an epiphany.

“I came back and I was like, ‘Ryan, we’re gonna make a podcast,’” Brodo said.

The pair met the next weekend to start hammering out the details. They quickly expanded the idea, bringing on two more friends with whom they’d initially bonded through the GOP, 21-year-old John Olds and 19-year-old Bates College freshman Samuel Garber.

Eventually, Brodo said the group hit a turning point when they decided to establish not only a podcast, but a full blown organization called “gen Z gop.”

Now, the four young Republicans with Massachusetts roots have banded together, created a podcast modeling what political discourse should look like, and an organization that offers an ideological home for the newest generation of voters who feel disillusioned by the older generation of Republican political leaders.

Gen z gop launched near the end of July with an op-ed in the Boston Globe, a social media video laying out their vision for a new GOP, and their first podcast episode. With each new episode, the group offers not only commentary on the news, but a space to debate, present arguments, and cite sources without attacking people who disagree.

episode 3⃣: no, don’t burn the party down (w/ @mattklewis)

check out our podcast on the following streaming platforms:https://t.co/edhxdlHds4#myparty #genzgop

Doucette, who is currently serving as the chair of the Massachusetts Teenage Republicans, said that in order to move forward we have to “recognize that our political opponents are not our personal enemies. We just simply have a different way of going about things.”

As the Gen-Z generation — generally considered to be people born between the mid-’90s and the early 2010s —  moves further toward the left, Doucette said he hopes the group can construct a palatable alternative on the right, heal the vast divide between the two sides, and offer a home for people who felt like the four of them did in the political sphere: alienated and isolated by the current parties.

“I think it’s really easy for people in Gen Z to feel disenfranchised from the political system,” he said. “In school, it’s either you support Trump or you support the Green New Deal, and that just doesn’t make sense to me. There’s so many different political opinions that fall in between.”

As their organization’s first line of action, Garber, who worked on Republican Gov. Charlie Baker’s Campaign Committee, said they hope to reimagine political dialogue and discourse, which he tends to do by embracing the philosophical idea that nothing can be loved, hated, agreed with, or disagreed with until it is first understood.

Brodo added that it all boils down to needing to do a lot less winning and a lot more learning.

“We should not be going into this with, ‘We want to beat this person in a debate,’” he said. “We should also not be afraid to change our mind. And we shouldn’t be afraid to admit that maybe we’re partially wrong.”

It’s up to Gen Z to renew and continue the American dream going forward, Garber added, which means addressing real issues like climate change and racial injustice. But current GOP leadership, he said, has refused to come to the table to discuss either topic.

One problem blocking the path forward, Brodo continued, is spending too much energy debating facts instead of policy.

“At this point I’m debating people in my own party on what is real and what is not,” he said. “And I don’t think that can stand any longer.”

As their movement grows, Brodo added that they’re very aware of their lack of diversity, starting as a group of four white men.

“At the same time, there’s a reason that we look the way we do. The party has not just failed at its messaging but now failed at its policy to attract people of color, and women to some extent,” he said, alluding to a use of racially insensitive messaging. “Our message is not rooted in hate and division, we’re not going to use any of that. We embrace these problems and these challenges as real.”

Brodo said diversity is an issue they seek to address in their budding team, having already added several members outside their demographic. He said their messaging will also “appeal to people regardless of their background.”

From Garber’s perspective, a huge part of why the four took on gen z gop is because the older generation of political leaders, such as President Donald Trump, have been intentionally “gaslighting” people and using divisive rhetoric for political advantage.

“Statements like, ‘Republicans don’t care about kids in school, they want to let them get shot,’ or on the right where we say, ‘The Democrats in the state legislature care more about terrorists than our police.’ It’s really unhealthy for society, yet it wins elections … if we’re not careful our democracies could essentially fall out from under our feet,” Garber said. “It’s really on our leaders to stop using that kind of rhetoric and to embrace nuance, to stop pitting people against each other and dividing the country.”

Since launching, their movement to reinvent the GOP is quickly gaining attention. Having received over 100 responses from other young people wanting to join, they’ve also heard feedback from older Republicans saying they wished this was the direction the party had taken in the past, and that they were rooting for them to lead it in the right direction now.

For Doucette, the most surreal part has been watching their ideas take flight.

And it’s felt like gold, he said, to stumble upon a vision that other people wanted to be a part of, that so many others were equally passionate about, and ready to stand behind.

we’re launching gen z gop because our generation needs a palatable alternative to the political left, which today’s gop has failed to provide. 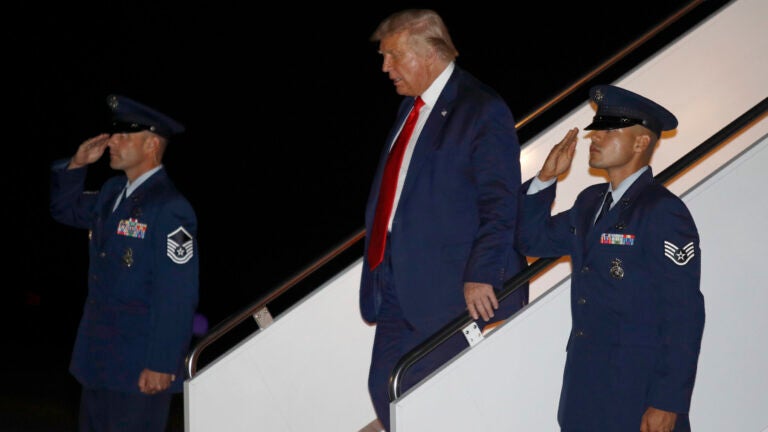 GOP: Renomination of Trump to be held in private