By his own description, Jake Auchincloss is an unapologetic “Obama-Baker” voter.

Auchincloss, a Newton city councilor and Democratic primary candidate to succeed Rep. Joe Kennedy III in the 4th District, says he is committed to a progressive agenda — particularly when it comes to critical local issues like housing and transportation — and fighting President Donald Trump’s brand of Republicanism.

But he was a  registered Republican for a matter of months from late 2013 into 2014, working for the state GOP and a private consulting firm to elect Gov. Charlie Baker.

And in a crowded race of candidates claiming the progressive mantle, Auchincloss’s opponents are asking, even if perhaps self-servingly, why Democratic primary voters should back someone who worked for Republicans for that job.

“I don’t see how voters can trust Jake Auchincloss,” Becky Grossman, a fellow Newton city councilor and 4th District primary candidate, told Boston.com. “His support and work to elect Republicans, coupled with his history of offensive comments, contradict any Democratic values he claims to have.“

Auchincloss’s supporters — including half of the 22 other Newton city councilors, who have endorsed the former Marine captain — disagree, arguing that his track record in the Boston suburb speaks for itself.

“He has been a persistent progressive force on housing, education, transportation, and immigration and consistently moves our city forward,” said Ruth Goldman, the chair of the Newton School Committee. “A brief, years-ago switch in political affiliation is irrelevant.”

Auchincloss similarly interned for Gov. Deval Patrick in college. That hasn’t stopped fellow 4th district opponents for hammering him for his work for Republicans. 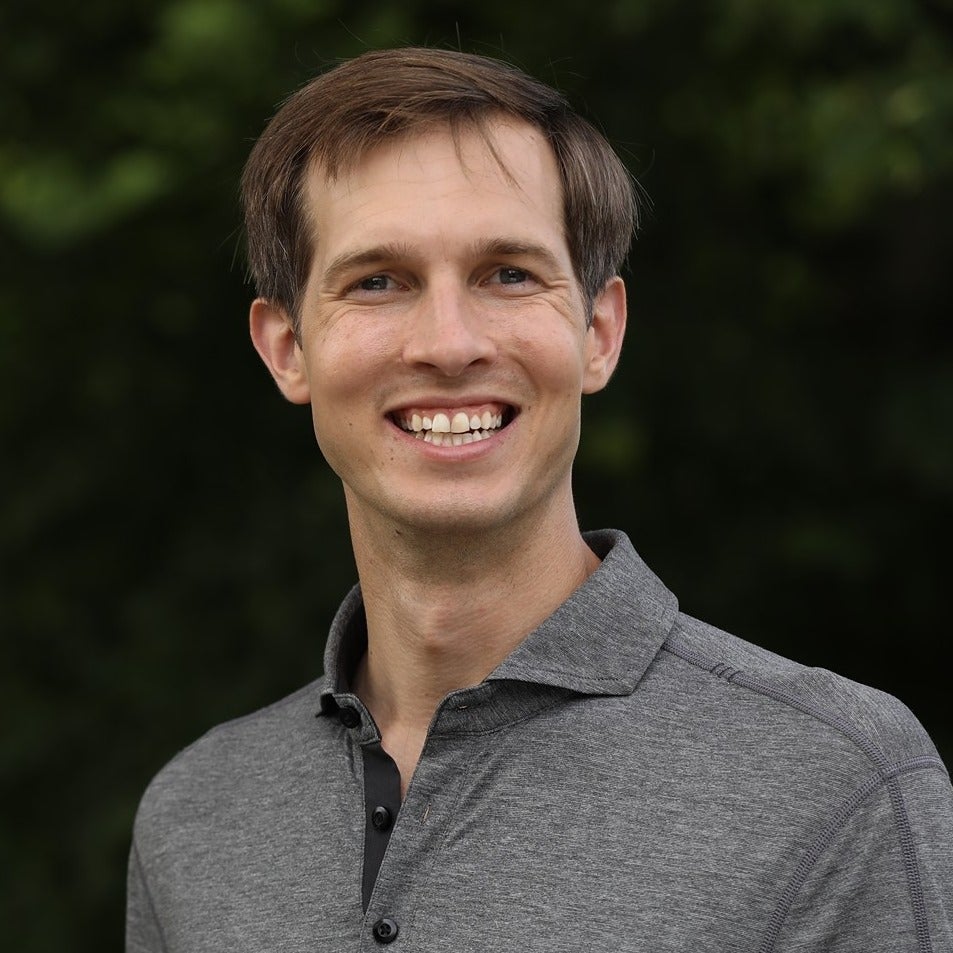 Jesse Mermell, a former Brookline Select Board member and Patrick aide, who has campaigned on her support for single-payer health care and tuition-free college, said voters in the district — which spans from Brookline to Fall River — “deserve a proven progressive who shares their values in Congress.”

However, the 32-year-old scion of the well-connected Auchincloss family otherwise dismissed the aspersions cast on his progressive credibility by fellow primary candidates as the result of the stage of the race — weeks before the Sept 1. primary — as well as his own position “setting the pace” in the field; internal polling has shown a four-way race between himself, Grossman, Mermell, and Ihssane Leckey, a former Wall Street regulator from Brookline.

Auchincloss, who otherwise describes himself as a lifelong Democrat, told Venkataraman that he “briefly registered as a Republican” in order to work for Baker’s first gubernatorial campaign in 2014 against then-attorney general and Democratic nominee Martha Coakley. As the Globe reported this past June:

A registered Democrat originally, Auchincloss changed parties in late 2013, according to records from the Newton clerk’s office, before unenrolling from the Republican Party in April 2014.

Auchincloss then voted in the Republican primary that fall before enrolling again with the Democratic Party in November 2015, days after first winning election to what was then Newton’s Board of Aldermen.

Federal Election Commission records show that Auchincloss was on the payroll of the Massachusetts Republican Party from November 2013 to January 2014, before switching over to a short-lived consulting firm called Dynamic Solutions.

But according to his campaign, Auchincloss was solely focused on field work in support of Baker’s candidacy during his time at Dynamic Solutions. He joined the firm for a more temporary position in the race after learning earlier that winter that he would be deployed to Panama in the spring.

Auchincloss stands by his support of Baker, particularly in light of the COVID-19 pandemic.

In that respect, he has some company, even in — especially in — his own party. A recent MassINC poll found that 81 percent of registered voters in Massachusetts approve of  Baker’s handling of the outbreak, including 91 percent of Democrats. Overall, the moderate Republican governor’s favorability remains higher among Democrats than among GOP voters.

“Of course, I don’t agree with Charlie Baker on everything,” Auchincloss said Monday.

“But like a lot of Democrats in Massachusetts, I consider myself an Obama-Baker supporter,” he continued. “I’ve been a lifelong Democratic voter who saw in Charlie Baker a science-driven, pragmatic, bipartisan thinker who could get stuff done for Massachusetts. And I think in the last year we’ve seen him at his best trying to manage an unprecedented crisis and doing so by listening to experts and putting science first.

Auchincloss has also been a vocal supporter of Baker’s “housing choice” proposal, which would make it easier for cities and towns to pass “pro-density zoning changes.”

However, there are other areas where he diverges from the governor.

Auchincloss has called for more aggressive action to address climate change and transportation, which he says has broad implications on economic opportunity and environmental outcomes in the district. Unlike Baker, Auchincloss has called for politically tough but effective policies like congestion pricing and increasing the gas tax to significantly expand public transit.

In 2016, he also called out Baker for not endorsing Democratic presidential nominee Hillary Clinton in the race against Trump.

“I mobilized Democratic and unenrolled voters for you, and I am proud – and I know many of them are proud – in the job you have done so far,” Auchincloss wrote in a public letter to Baker at the time.

“But this election does not have the luxury of center-right versus center-left debates on policy,” he continued. “This election is about upholding the institutions of the republic. … You campaigned as a bipartisan leader. Lead.”

Still, it isn’t only Auchincloss’s connection to Baker, a fellow liberal on social issues, that raises his opponent’s ire.

In October of 2014, Auchincloss donated $500 — the maximum allowed amount — to the re-election campaign of Worcester County Sheriff Lew Evangelidis, a former Republican state representative with a history of opposing gay marriage, as well as a 2009 move by the Registry of Motor Vehicles to allow transgender individuals to change the sex designation on their driver’s license. He also was one of several sheriffs who actively opposed Patrick’s immigration policies.

According to his campaign, Auchincloss made the donation while at an event at the time with his Baker campaign colleagues. However, he did not properly vet this donation and would not have made it if he had known more about Evangelidis’s history and platform, an aide to Auchincloss’s campaign said.

For his Democratic primary opponents, that explanation doesn’t cut it.

“While Jake Auchincloss was working as a Republican political operative and supporting one of the most anti-LGBTQ, anti-immigrant elected officials in the state, I was serving alongside Governor Patrick and working to elect Democrats up and down the ballot,” Mermell said, knocking Auchincloss on his past opposition to a $15 minimum wage and current opposition to Medicare-for-All.

Auchincloss’s campaign notes that his current stances — from issues like environment, transportation, and housing to reproductive rights and gun control — have earned him endorsements from groups like Progressive Newton.

And in a questionnaire submitted to the chapter’s statewide organization, he shed light on his broader theory of achieving those goals. Asked what the biggest federal barrier was to progressive policy, Auchincloss noted that “the electoral system in the United States structurally favors conservatives” due to the overrepresentation of rural states in the Senate, and thus also the Electoral College.

“Therefore, progressives need to appeal to the center in order to gain election in a way that Republicans simply do not have to,” he wrote. 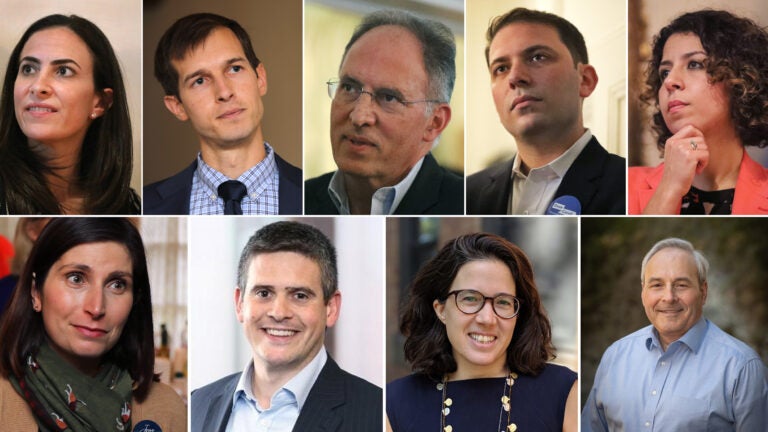 The race to replace Joe Kennedy in Congress is getting personal