Sen. Elizabeth Warren has always been about the details.

And during her Democratic National Convention speech Wednesday night, the Massachusetts senator included more than a few subtle messages for eagle-eyed viewers.

Speaking from a Springfield child care center, Warren was flanked by blocks reading “BLM,” which as a New York Times reporter — and many others — noted was a “probable reference” to the Black Lives Matter movement, of which the senator has been a vocal supporter. 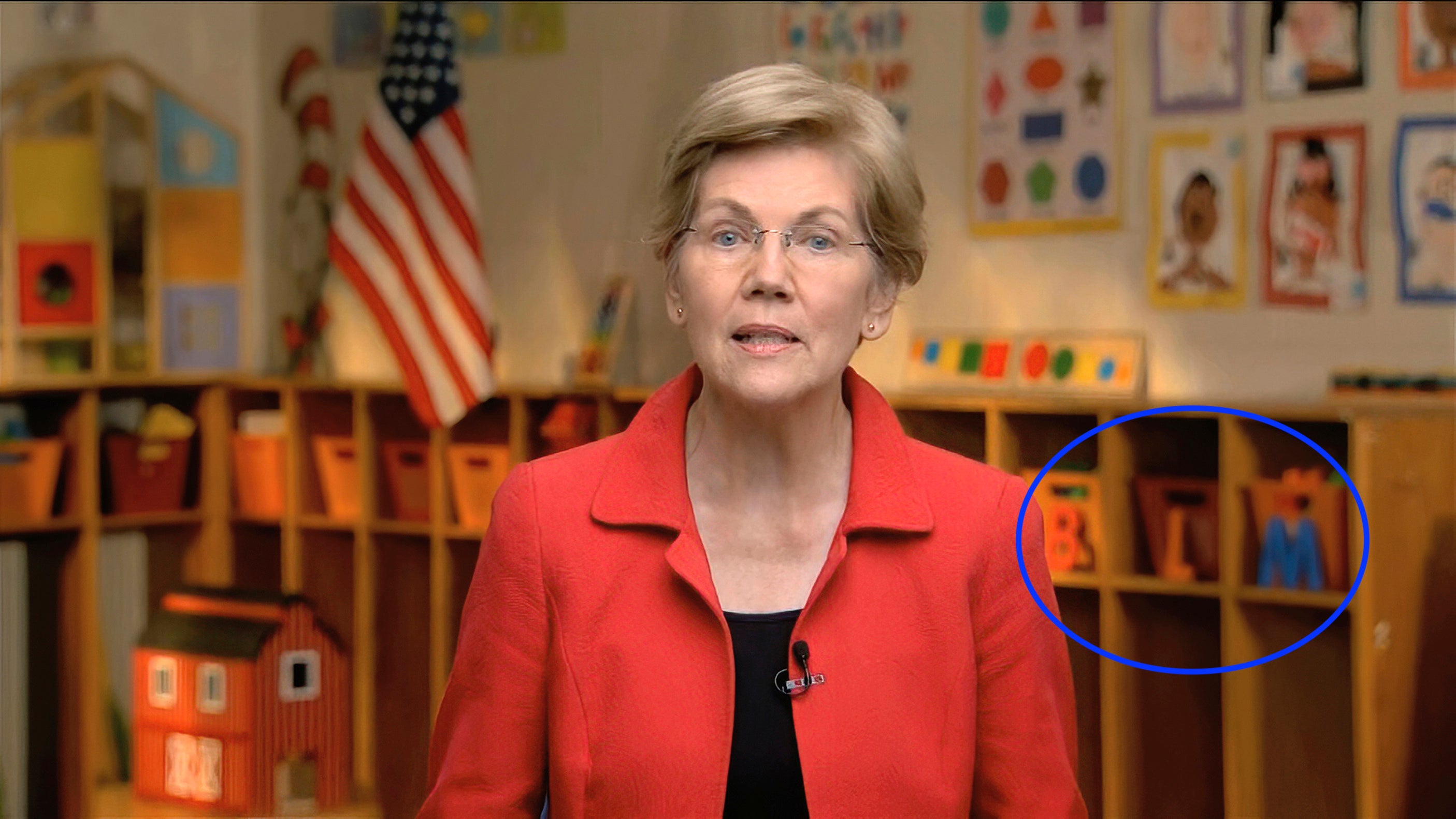 Sen. Elizabeth Warren speaks during the third night of the Democratic National Convention.

But the reference was more than probable — and hardly alone.

Warren’s team included at least a half-dozen other political messages and Massachusetts references scattered throughout the background.

The various Easter eggs were noticeable when the camera angle changed around the 3-minute mark in Warren’s speech, even if viewers needed to squint to catch them.

The messages included a shoutout to Democratic presidential nominee Joe Biden and the U.S. Postal Service, which has been the subject of controversial cost-cutting moves by President Donald Trump’s administration in the run-up to the Nov. 3 general election.

And if you forgot the date, the whiteboard to Warren’s left included a reminder alongside a drawing of the Statue of Liberty (during her own presidential bid, Warren made “liberty green” the primary color of her campaign). 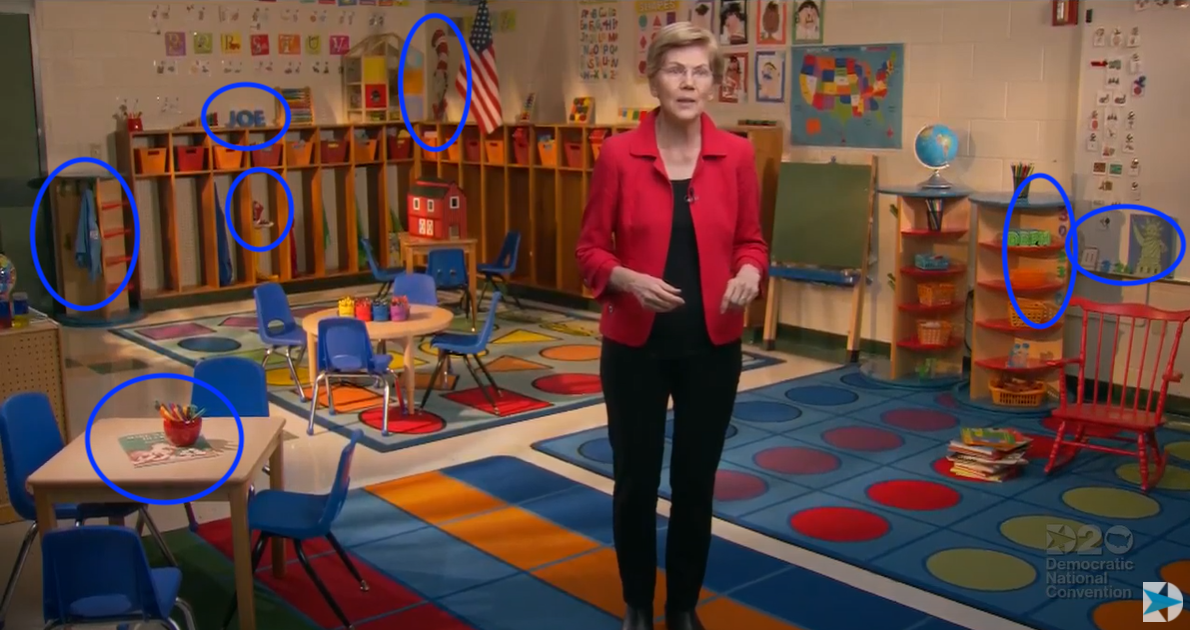 There were also shoutouts to the Boston-based shoe company Converse and the legendary Springfield-born author Ted Geisel, otherwise known as Dr. Seuss.

“Make Way for Ducklings”, the Robert McCloskey children’s book that is set in Boston and inspired a statue in the Public Garden, also was set on the table to Warren’s right.

After a contentious primary race, Warren used her speech Wednesday night to vouch for Biden’s policy agenda — much of which she has influenced — particularly highlighting the issue of child care, which has become ever more salient in the wake of the pandemic.

The Springfield Early Childhood Education Center, the 150-student pre-K and kindergarten facility from which Warren spoke Wednesday, was one of many child care programs across the state that closed in March due to the pandemic. According to Warren’s team, it is not expected to open until November.

Still, in an effort to involve the Springfield community, Warren’s team asked children from another local child care center Square One, for hand-drawn self-portraits, which were also displayed in the backdrop of her speech.

2022 could be a political watershed for Massachusetts women