BOSTON (AP) — Vermin Supreme, the perennial presidential candidate from New Hampshire who wears a boot on his head and promises every American a free pony, is mounting a write-in campaign for the U.S. Senate in Massachusetts.

In a video posted Monday on YouTube, the performance artist proclaims himself a Libertarian alternative to U.S. Sen. Edward Markey and U.S. Rep. Joe Kennedy III, the Democrats battling it out in next Tuesday’s primary. Two Republicans, Kevin O’Connor and Shiva Ayyadurai, are also running.

Democrats are seen as having a distinct edge in Massachusetts, whose entire congressional delegation is Democratic.

Supreme didn’t address his lack of Massachusetts residency, which would disqualify him from holding the office. “It’s a lark,” he told NBC10 Boston.

He said he decided to jump into the race after learning that some disaffected voters were writing his name on mail-in and absentee ballots.

Supreme has been a satirical candidate since at least 2004, usually confining his campaigns to New Hampshire’s first-in-the-nation presidential primaries. His political stunts are legendary: He once threw glitter at a rival during a debate.

In his latest video, he says his signature boot hat “has allowed me to interact with media from across the flat Earth.”

“Together we will ride our ponies into a zombie-powered future,” he says. 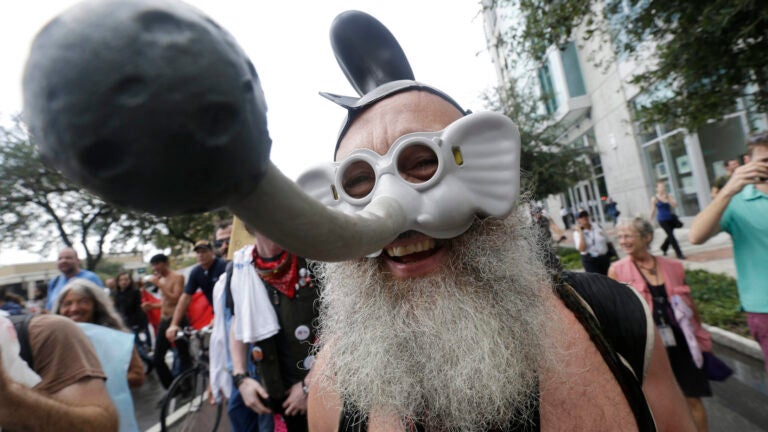