Gov. Charlie Baker doesn’t frequently involve himself in other races for elected office — not to mention Democratic primary races.

However, on Thursday, the Republican governor made an unusual cross-partisan endorsement of Rep. Richard Neal in the Western Massachusetts congressman’s Democratic primary race against insurgent Holyoke Mayor Alex Morse.

Congressman Neal has been a powerful voice for all in the 1st District and the Commonwealth is a better place because of his hard work. I’m looking forward to working with him now more than ever as we fight and come back from this pandemic.

“Congressman Neal has been a powerful voice for all in the 1st District and the Commonwealth is a better place because of his hard work,” Baker tweeted Thursday morning from his personal account. “I’m looking forward to working with him now more than ever as we fight and come back from this pandemic.”

The endorsement came minutes before Baker appeared with Neal, who chairs the powerful House Committee on Ways and Means, at an event in Springfield to announce the redevelopment of a long-vacant block for new housing and shops.

“You don’t get here if you don’t have Congressman Neal working at historic tax credits,” Baker said during his remarks, referring to Neal’s advocacy for the economic development tax credits for rehabilitating historic properties, which Republicans had tried to eliminate as part of a larger 2017 tax reform bill.

During the event, Baker and others lauded the tax credit as an example of how the 16-term congressman has wielded his experience and seniority in Congress.

However, Morse has premised his campaign on the argument that Neal is too business-friendly and not acting with enough urgency to address the needs of the most vulnerable members of the 1st District, which has the second-highest poverty rate of the nine congressional districts in Massachusetts.

“I’m not surprised to see Governor Baker’s tweet, because those who are satisfied with the status quo are supporting Richie Neal,” Morse told Boston.com in a statement Thursday, ticking off national agenda items that progressives have criticized Neal for not embracing as the leader of the House’s tax-writing committee.

Since the beginning of his primary campaign, the 31-year-old mayor has criticized Neal for his acceptance of corporate PAC money and argued that “we can no longer settle for small, incremental, and compromising progress.”

“I want to go to Congress to change how Washington works, fight to make healthcare a human right, pass the Green New Deal, and finally build an economy that works for everyone — not just the big corporations that are supporting Neal’s campaign,” Morse said Thursday. 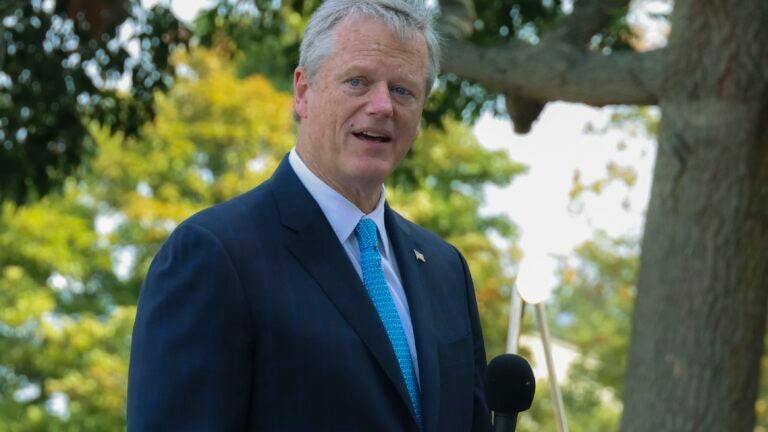