According to the polls released Wednesday, the Massachusetts senator is opening a sizable lead in his re-election defense against Kennedy, powered by wide margins among younger voters.

First, a Data for Progress poll conducted Monday to Tuesday using text-to-web and panel responses found Markey with a 50 percent-to-43 percent lead over Kennedy, when Democratic primary voters were asked who they would choose if the election were held tomorrow (of course, early and mail-in voting for the Sept. 1 primary is already underway in Massachusetts).

In the Data for Progress poll, the 74-year-old senator’s lead was just inside the margin of error. But in the other polls released Wednesday, it was not.

An online poll conducted over the last week by YouGov and funded by UMass Lowell found Markey with a 52 percent-to-40 percent lead, when including voters who are leaning — but not totally decided — toward one candidate or another.

“This bout isn’t over, but Markey has the clearest advantage we’ve seen since Kennedy filed to run,” John Cluverius, the associate director of the UMass Lowell Center for Public Opinion and an assistant professor of political science, said in a statement.

And lastly, a Suffolk University poll consisting of live telephone interviews from Sunday through Tuesday found Markey with a 51 percent-to-41 percent lead over Kennedy.

A common theme among the newly released polls was Markey running up large, double-digit leads among young adults, college-degree holders, and white voters that engulfed any advantages that Kennedy had among those who were non-white or did not have a college degree. It’s also the continuance of a trend in which polls showing Kennedy with a lead at the beginning of the race have more recently turned toward Markey’s favor.

However, members of the Kennedy campaign say they always expected the race to be close — and claim that they’re actually the side with momentum.

In a fundraising email to supporters Wednesday night, Kennedy campaign manager Nick Clemons said their “internal numbers show this race neck-and-neck with Joe trending in the right direction and gaining momentum in the final stretch.”

Emily Kaufman, the campaign’s communications director, echoed that sentiment on Twitter, adding that they were “excited by the indicators of high turnout in Gateway Cities across the state, where people are overwhelmingly supporting Joe.”

The campaign cites cities like Worcester, Lowell, Fall River, and Fitchburg, where there have been extraordinarily high vote-by-mail requests in the wake of the COVID-19 pandemic. And despite the pandemic, they expect a high-turnout election across the board, not purely a progressive wave boosting Markey in the suburbs.

Additionally, while the campaign acknowledges that Markey has an advantage among early voters, Kennedy’s team argues that their non-white, working-class base is disproportionately Election Day voters — meaning they’re focused on maximizing turnout for next Tuesday.

“From the start of this campaign we have known our path to victory lies in our ground game,” Kaufman tweeted.

We’re excited by the indicators of high turnout in Gateway Cities across the state, where people are overwhelmingly supporting Joe, and are laser-focused on turning out as many of our voters as we possibly can in the next six days.

After being forced to campaign almost entirely remotely due to the coronavirus, Markey and Kennedy have spent the last few weeks criss-crossing the state in an effort to catch up on at least some in-person campaigning. However, the Markey campaign, which has reinvented the 74-year-old senator on social media, has credited its digital organizing efforts — from phone banks to online platforms — for their growing support.

“Campaigns across the country are trying to figure out how to build community without in-person organizing, and the Markey campaign is doing it,” Rory Clark, the campaign’s organizing director, said Wednesday. 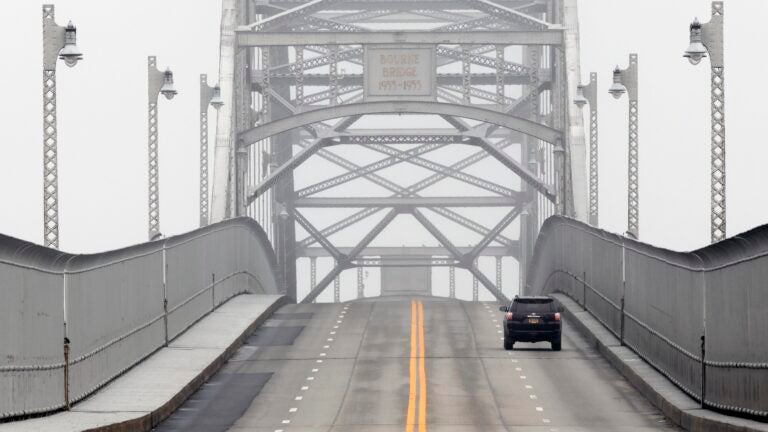 'This state is really going to get a boost': Here's how the new infrastructure bill breaks down for Massachusetts