Holyoke Mayor Alex Morse isn’t ruling out another run for Congress following his loss to longtime incumbent Rep. Richard Neal in the Massachusetts primary on Tuesday.

The 31-year-old Democrat stressed in his remarks to his supporters and journalists Tuesday evening that more work still has to be done to achieve the goals of his progressive campaign — both locally and nationally.

Speaking to reporters, the Holyoke mayor pointed to other progressive campaigns, such as that by Cori Bush in Missouri, that were not successful on their first attempts.

“Certainly nothing is off the table,” Morse said, emphasizing his commitment to the “work and values” of his campaign.

The Democrat noted that his opponent, the 71-year-old chairman of the House Ways and Means committee, spent “millions and millions of dollars” in the campaign.

“I think it was the first time in decades that he has had a challenge this serious,” Morse said. “If anything became clear over the last 14 months, it was that the people of this district want better representation, want better leadership, and we just have more work to do to get that message out to every corner of the district.”

Morse made rematch talk explicit later on noting that Cori Bush and Marie Newman both lost the first time and won the second time (and Obama lost to Rush in 00). “Nothing is off the table.” pic.twitter.com/S7LEmojOiw

Addressing his supporters, the Holyoke mayor spoke bluntly about the impact allegations published in the UMass student newspaper in August had on his campaign. Later reporting suggested the anonymous allegations from a group of college students, saying Morse had pursued relationships with students while a lecturer at UMass Amherst, were politically motivated to help Neal’s campaign.

Morse previously acknowledged having consensual sexual relationships with college students and has apologized to any individuals he made feel uncomfortable, but has labeled the allegations and their timing as “highly suspicious.” Neal has said his campaign had no knowledge of the allegations or the reported motivations behind their publication.

On Tuesday night, the 31-year-old hammered Neal, “the people around him, (and) the Massachusetts Democratic Party” for the “millions and millions” of dollars invested by corporations to support his campaign.

“Time and time again we have a member of Congress that is using his power to benefit the corporations and special interests that invest vast amounts of money in his campaign,” Morse said. “And I want to be very clear — as many of you know, this campaign took a little bit of turn the last few weeks. We have been organizing for months, knocking on doors, we have made over 1.1 million phone calls to voters throughout the district. And the day before early voting began … we saw a coordinated political attack that goes all the way up to Washington D.C.”

The mayor pointed to an ad released over the weekend from a pro-Neal super PAC that continued to reference the allegations.

“If you saw an ad over the weekend talking directly about my personal life, I want all of you to feel like you too can run for office one day,” Morse said. “This isn’t just about me. And we have to send a message loud and clear that these kind of tactics in our community are unacceptable — they’re unacceptable for all of us. And we deserve better.”

Ultimately, the mayor said the money and the timing of the “coordinated political attack” on his campaign “made a difference.” But still, the 31-year-old said he has “no regrets.”

“We don’t give up, we don’t lay down, we don’t say this is how our democracy should be —  bought and paid for by corporations,” Morse said. “We say we’re going to get up tomorrow morning and do everything we can to fix a fundamentally broken system that is leaving millions of Americans behind, day-in and day-out.”

Watch his full speech below:

Posted by Alex Morse for Congress on Tuesday, September 1, 2020 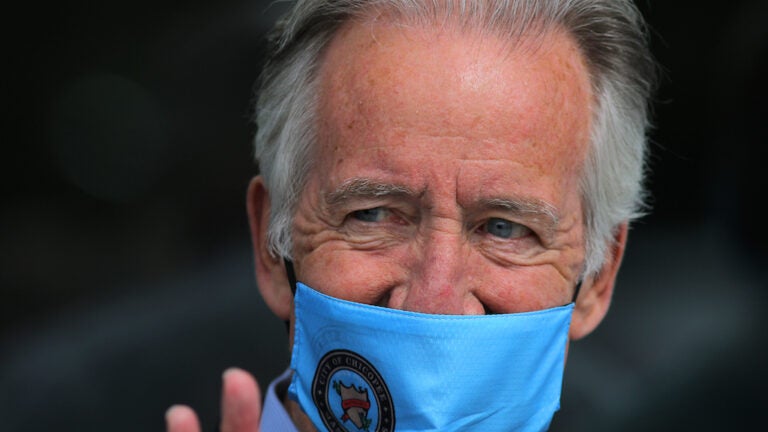