AUSTIN, Texas (AP) — Rep. Stephen Lynch of Massachusetts is one of the legislators spearheading a congressional investigation into sexual assault, disappearances, deaths and the leadership’s response at Fort Hood after 28 soldiers stationed at the U.S. Army base in Texas died this year.

The move follows the death of Army Sgt. Elder Fernandes of Brockton, who was found dead last month, more than a week after he went missing from the base.

According to data from Fort Hood officials, the 28 deaths include five homicides, as well as accidents, suicides, deaths related to illness, cases still under investigation and one combat-related death.

According to the letter, the subcommittees will jointly investigate if recent deaths “may be symptomatic of underlying leadership, discipline, and morale deficiencies throughout the chain-of-command.”

The letter said that according to Army data there were an average of 129 felonies committed annually at Fort Hood between 2014 and 2019, including cases of homicide, sexual assault, kidnapping, robbery and aggravated assault.

The members of Congress cited the deaths of Spc. Vanessa Guillen, who according to federal officials was bludgeoned to death at the Texas base in April by a fellow soldier, and Pvt. Gregory Morales, whose remains were found in June while searching for Guillen. Morales was reported missing in August 2019.

According to the letter, McCarthy during an August visit to Texas stated that Fort Hood had the “highest, the most cases for sexual assault and harassment and murders for our entire formation of the US Army.”

Lynch and Speier said they will report the conditions and circumstances that could have contributed to the soldiers’ deaths and seek justice on behalf of soldiers and families “who may have been failed by a military system and culture that was ultimately responsible for their care and protection.”

The family of Guillen, whose remains were found on July 1, has rallied from Texas to the doors of the White House calling for a congressional investigation. Natalie Khawam, who represents the Guillen family, said she is thankful Congress has agreed to their demands to investigate.

“Our soldiers and their families deserve the truth,” Khawam said.

Leaders of the Navajo Nation said in a statement Tuesday that they sent letters to members of Congress calling for “a congressional inquiry and formal investigation” into the deaths of two Navajo Nation members who were stationed at Fort Hood.

Pvt. Carlton L. Chee, 25, died on Sept. 2 after collapsing at the Texas base following physical training exercises on Aug. 28, according to Fort Hood officials. The Navajo Nation Office of the President and Vice President also received information from the family of Spc. Miguel D. Yazzie, who died on July 3 at Fort Hood, according to a statement from Navajo leaders.

“It is very troubling that while they are mourning the loss of their loved ones, they are not receiving adequate and timely factual information regarding the time leading up to their deaths,” said Navajo Nation President Jonathan Nez.

Acacia Coronado is a corps member for the Associated Press/Report for America Statehouse News Initiative. Report for America is a nonprofit national service program that places journalists in local newsrooms to report on undercovered issues.” 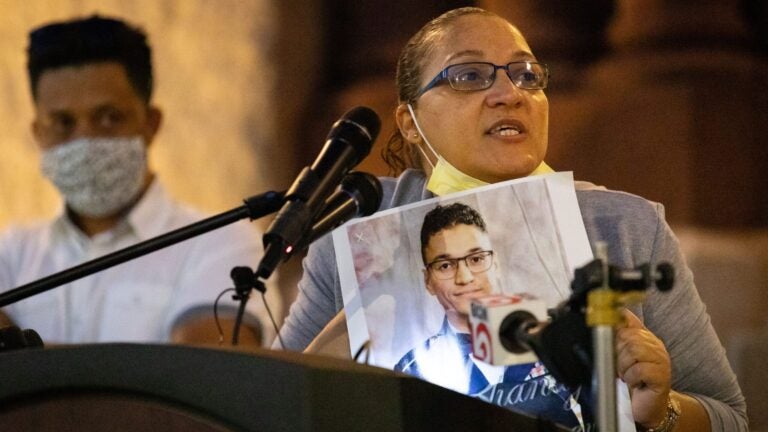