Boston has never had a woman mayor, or a Black mayor.

Andrea Campbell is running to be both.

The Boston city councilor announced her 2021 campaign Thursday to be the next mayor of Boston, joining fellow City Councilor Michelle Wu in a potential three-way race against incumbent Mayor Marty Walsh, who has hinted at plans to run for a third term.

“I’m running for mayor, because every neighborhood deserves real change and a real chance,” she said in an announcement video, pledging to address the stark disparities that exist between Boston’s lower-income Black and brown communities and its downtown economic hubs, which were thriving before the COVID-19 pandemic.

Campbell, a Boston native and the first Black woman to be City Council president, leaned into her personal backstory to argue she was uniquely suited to meet the moment, drawing an implicit contrast with Wu, a Chicago native, and Walsh, a white male.

“In this profound moment of reckoning for our country and our city, as people rise up to demand change, Boston needs leadership that not only understands, but has lived the systemic inequities facing our residents every day,” she said in a statement. “I’m running for Mayor to be that leader, to bring our city together to confront inequities head-on, and finally make Boston a City that works for everyone.”

The 38-year-old Mattapan resident has represented District 4 — which includes the neighborhoods of Dorchester and Mattapan, as well as parts of Roslindale and Jamaica Plain — since 2015, when she upset 32-year incumbent City Councilor Charles Yancey.

As a former Boston Public Schools student who went to UCLA Law School before returning to begin her legal career at a Roxbury nonprofit, Campell cited the opportunities she’d received in Boston. Before becoming a city councilor, she also served as deputy legal counsel in Gov. Deval Patrick’s administration.

At the same time, Campbell also noted that Boston is a city in which she has experienced “tremendous” loss. Her twin brother Andre — who Campbell says was over-disciplined and under-supported by adults growing up — died in 2012 at the age of 29 from an autoimmune disease while in state custody awaiting trial on home invasion and other charges (her old brother, Alvin, is also currently facing charges for allegedly posing as an Uber driving and kidnapping and raping eight women in Boston).

“The inequities in access to education, housing that is affordable, good jobs, health care, parks and green space, streets that are clean, and neighborhoods that feel safe are all too familiar to me,” she said in a statement. “But I also know what is possible in Boston, because, by the Grace of God and the opportunities this City afforded me, I stand here today — as a girl who grew up in public housing in Roxbury and the South End, with a family torn apart by incarceration and loss, who could be elected the first Black woman President of the Boston City Council, and today launch a campaign to be the first Black mayor and first woman mayor of the City of Boston.”

As a city councilor, she recently proposed the creation of a civilian review board to oversee the Boston Police Department. Campbell has also called on the Walsh administration to take more meaningful action to address racial equity and police reform.

For his part, Walsh has said he’s currently too preoccupied with the city’s COVID-19 response and the Nov. 3 presidential election to comment on the 2021 race. Last week, the mayor told reporters that he had “great respect for [Wu] or anyone who runs for office.”

“I look forward to more conversations about how we can move our city forward,” he said. 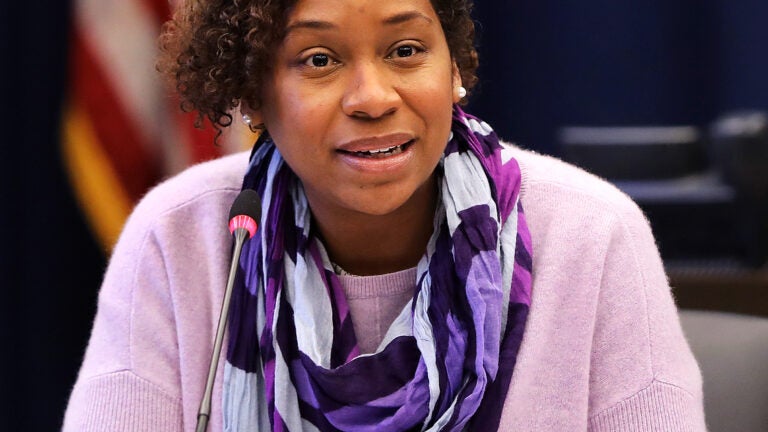