For the first time Friday morning, President Donald Trump singled out Massachusetts Gov. Charlie Baker for criticism in of one of his routine early-morning Twitter sessions.

In the tweet, Trump shot back at Baker, a fellow Republican, after the governor defended mail-in voting and criticized the president’s refusal to commit to a peaceful transfer of power if he loses the Nov. 3 election during a press conference Thursday.

“RINO Governor Charlie Baker of Massachusetts is unsuccessfully trying to defend Mail In Ballots, when there is fraud being found all over the place,” Trump wrote, using the acronym for “Republican in name only” to refer to Baker, a moderate Republican.

RINO Governor Charlie Baker of Massachusetts is unsuccessfully trying to defend Mail In Ballots, when there is fraud being found all over the place. Just look at some of the recent races, or the Trump Ballots in Pennsylvania that were thrown into the garbage. Wrong Charlie!

“Just look at some of the recent races, or the Trump Ballots in Pennsylvania that were thrown into the garbage,” the president continued. “Wrong Charlie!”

The tweet comes as Trump has for months tried to undermine mail-in voting, which has been expanded in many states due to the COVID-19 pandemic, based on dubious claims of increased voter fraud. Election experts have consistently said that fraudulent voting — even in the case of mailed ballots — is exceedingly rare.

Trump’s tweet Friday morning in response to Baker was also flagged as misleading by Twitter, which added a link assuring voters that voting by mail is “safe and secure.”

The president’s mention of “Trump Ballots in Pennsylvania” refers to a Justice Department investigation into issues with nine mailed-in ballots from military members in a Republican-heavy Pennsylvania county. Seven of the ballots were reportedly cast for Trump.

The unusually public investigation — which stoked concern that Trump’s appointees were attempting to politicize the subject — found that local officials had accidentally opened the overseas ballot envelopes, which they had confused for mail-in ballot requests. Justice Department officials said that the ballots had been “discarded and then recovered.” However, despite Trump’s claim that they were “thrown into the garbage,” officials did not say the ballots were thrown out.

Earlier on Thursday, FBI Director Christopher Wray, a Trump appointee, testified before the Senate that there is no evidence of widespread voter fraud, even if there have been isolated incidents at the local level “from time to time.”

“We have not seen historically any kind of coordinated national voter fraud effort in a major election, whether it’s by mail or otherwise,” Wray said.

Nearly half of the 1.7 million votes cast in the Massachusetts state primary earlier this month were done so through the mail. And while a couple of communities needed extra time to count all the ballots due to the unprecedented volume, Baker said Wednesday that the overall process worked fine — both in Massachusetts and in other states.

“We weren’t really sure where COVID was going to be for the primary or the general election, and we wanted to make sure people who were concerned about going to polling places would have an option,” he explained. “And it worked just fine — the same way it worked just fine across the rest of the country.”

Baker, who has largely shied away from partisan national politics, has increasingly criticized Trump’s policies and leadership over the past few months, amid the federal government’s “inconsistent” response to the COVID-19 pandemic.

The governor, who voted by mail himself in the primary, also said it was “appalling and outrageous that anyone would suggest for a minute that if they lose an election they’re not going to leave,” after Trump said “we’re going to have to see what happens” when asked Wednesday if he would commit to a peaceful transfer of power if he loses to Democratic presidential nominee Joe Biden.

“A huge part of this nation’s glory, to the extent it exists as a beacon to others, is the peaceful transfer of power based on the vote of the people of this country,” Baker said Thursday.

“This is fundamentally why there is a United States of America in the first place,” he added. 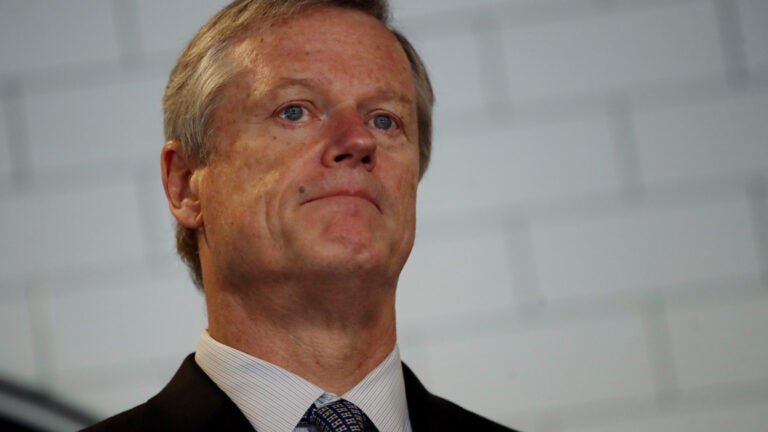 ‘Appalling and outrageous’: Charlie Baker responds to Donald Trump’s refusal to commit to a peaceful transfer of power