Mayor Marty Walsh weighed in Friday on City Councilor Andrea Campbell’s entrance to the race for next year’s mayoral election.

Walsh, responding to a question raised during a COVID-19 updates press conference, told reporters he spoke to Campbell Thursday morning and congratulated her on her decision to run.

“We both share a passion for making Boston a great place,” Walsh said.

Campbell, the first Black woman to be City Council president, kicked off her campaign just over a week after her fellow City Councilor Michelle Wu formally threw her hat in the race.

“We’ve worked on a lot of different issues together,” Walsh added, referring to Campbell. “You know, I look forward to having the conversations about advancing Boston at some point in the future.”

Campbell, the 38-year-old District 4 councilor representing Dorchester and Mattapan and parts of Roslindale and Jamaica Plain, was elected to the council in 2015. The Boston native was elected council president at the start of her second term in 2018.

Announcing her campaign Thursday, Campbell pledged to tackle the significant disparities the city’s lower-income Black and brown communities face, offering Boston needs “leadership that not only understand, but has lived the systemic inequities facing our residents every day.”

On the council, Campbell has urged the Walsh administration to go further in its actions for combatting systemic racism and racial inequality in Boston and bringing about police reform.

In June, the councilor filed an ordinance to create a civilian review board with subpoena power to investigate complaints of misconduct against Boston police. The proposal is similar to one offered this month amid a set of five draft recommendations by a task force charged with developing potential measures for reforming the city’s police force convened by Walsh this summer.

On Friday, Campbell’s campaign touted raising over $50,000 within the 24 hours following its launch. Earlier this week, Wu’s campaign boasted collecting $100,000 in donations during its first 48 hours.

As his potential challengers hit the campaign trail, Walsh has hinted at plans to seek a third term, but has repeatedly maintained that his attention at the moment remains on pressing issues facing Boston, such as the ongoing COVID-19 crisis, and the 2020 presidential election.

“There will be plenty of time to talk about campaigning and all that stuff,” Walsh said Friday. “Right now I’m focused on my job as mayor of the City of Boston.”

Visit ALCS Game 1 updates: Astros extend their lead to 5-3 in the 8th 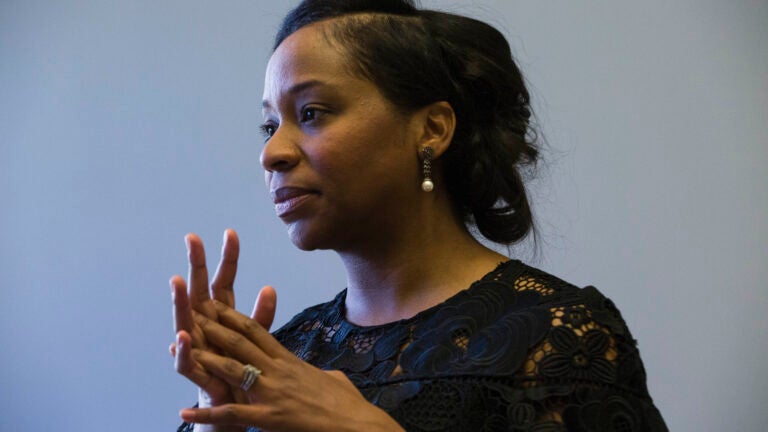