It’s a perennial complaint: The presidential debates never address all the issues voters think they should. If the candidates discuss gun control, there’s a faction mad they didn’t talk about climate change; if they debate climate change, others wonder why they didn’t touch foreign policy.

So given we’re probably not going to be seeing six-hour debates anytime soon — nor would we want to — the topics have to be narrowed down. But with Tuesday’s moderator, Chris Wallace of Fox, already taking heat for his choices, it’s no easy task.

The top answer was clear — with more than 500 responses of up to three topics per response, the COVID-19 pandemic was the big issue on most people’s minds, with 17 percent listing that as one of the topics the candidates must address.

Climate change, the issue Sen. Ed Markey and fellow senators are demanding be included in the debate agendas, was second at 12 percent, followed closely by the economy with 11 percent. The top five were rounded out by health care (10 percent) and racial justice (8 percent). Somewhat surprisingly, despite the passing of Supreme Court Justice Ruth Bader Ginsburg and the impending battle over her replacement, that wasn’t among the top issues chosen, finishing in 10th place with 5 percent, below the topics mentioned above along with crime and urban violence (7 percent), election integrity (6 percent), foreign policy and immigration (6 percent), and the candidates’ records (6 percent)

Some of you offered more specifics — here’s a sampling of those comments:

“I find it frustrating that neither candidate has been challenged to create a solution to the root cause of America’s current issues. They easily mock ideas like socialism, but then don’t acknowledge that capitalism is what has caused our current crises of inequity. How does [Biden] expect to get youth support when he doesn’t seem understand that we’ve grown up in a time of near constant war, wage slavery, and multiple ‘once-in-a-generation’ market crashes? Where’s that change that we were promised in 2008?”

“Every one of those topics is important. Hard to prioritize. Our government has spent so much time ‘kicking the can down the road’ that now every issue seems to be urgent. An additional issue not listed — how to pull a fractured country together.”

“There are millions of non-citizens in the U.S. Many judges, mayors, etc., are aiding their continued presence here. I am aware that they are able to access free education, healthcare and other government benefits. Why? I can’t cross the Canadian border and receive financial assistance from that government. Why is the U.S. so lax about this?”

“How about a question on the deficit spending? Trump has spent/borrowed more than any president in history in an already growing economy, and that was before the pandemic. How can we celebrate the stock market and ignore that it has all been grown with massive debt?”

“Think of it like our next ‘Sputnik moment’ or a ‘moon shot’ goal. Perhaps it’s going to Mars, green public transit, water supplies, hydrogen fuel cells, etc. A big-picture goal that shapes STEM policy for the next few decades.”

“LIVE fact-checking during all of the debates will be crucial — not only to ‘set the record straight’ with the issues but provide support for the Democratic rebuttals or clarifications. Unfortunately it seems there is no bar too low for the Republican leaders.”

“As a teacher, it is quite obvious that our country’s public schools have reached a breaking point. Districts across the country are in financial distress with the new requirements of the COVID-19 pandemic. Teachers are spread too thin and districts can’t do anything to support them … Ms. DeVos is ill-equipped to handle the needs of the U.S.’s public schools, takes funds out of their hands to give to private schools (that have the ability to raise funds on their own). She doesn’t seem to care about how public schools function, or where that money goes. This has been an issue since the start of her appointment as Secretary of Education.”

“Throughout the Trump presidency the United States has become a laughing stock with our global allies. I would like to know how Biden plans to improve our image to the rest of the world. Trump’s foreign policy is ‘build the wall and Mexico will pay for it.’ Since that costly operation never fully came to fruition how will Biden repair the damaging relationships that Trump has created with Russia, North Korea, Mexico, and China.”

“Biden has had a noticeable decline in just the four years since he left office … I need serious reassurance that he is capable of handling the stresses of the job of president.”

“Topics don’t matter. Biden should keep calm, not take Trump’s baiting. Emphasize areas in which he is more moderate, emphasize that electing Trump means agreeing that what he says represents you and your country.” 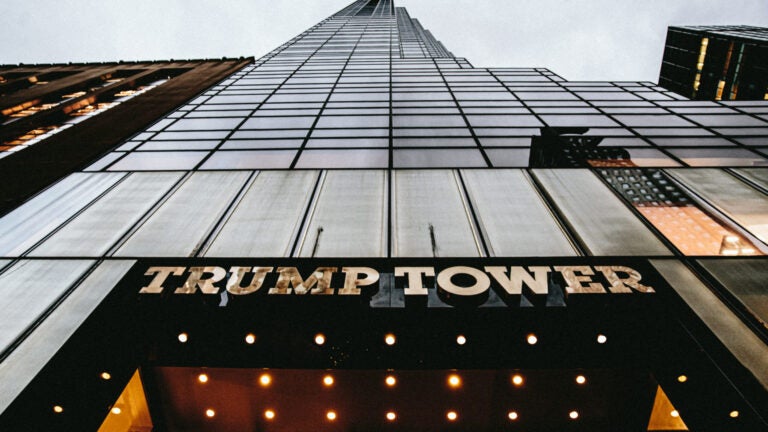 18 revelations from a trove of Trump tax records