President Donald Trump and Joe Biden took part in their first of three one-one-one debates of the 2020 general election Tuesday night in Cleveland.

Trump’s strategy from the start was clear: to steam-roll Biden and debate moderator Chris Wallace, hoping to catch his opponent in a bad moment – perhaps reinforcing arguments about Biden’s mental faculties and steadiness as a leader. It was the strategy of a challenger, more than an incumbent, and seemed to reflect that Trump needs to change the race more than Biden does.

Biden’s strategy was also clear: to stick to his talking points, try not to engage much, and not give Trump what he wanted.

Biden lost his cool at a few points, including asking, “Will you shut up?” At another point: “It’s hard to get anywhere with this clown – excuse me, this person.” At another: “Keep yapping, man.”

Biden was clearly exasperated at times, and at other times he dealt with it effectively. At one point Trump tried to cut in by saying, “Can I be honest?” Biden shot back: “Try and be honest.”

Biden didn’t allow him to be pulled off his game. And he notably avoided some of the senior and uneasy moments that marked some of his Democratic debate performances.

It was not an enlightening debate from a policy standpoint, but that was in large part because Trump wanted a food fight. Biden mostly did not give it to him, which much like Trump’s approach reinforced the reality of who’s winning and who’s not.

2. Trump’s coronavirus answers got no better

Trump’s biggest liability in the 2020 election is the coronavirus, on which polls regularly show even some of his supporters do not think he’s done a good job.

Trump offered little to change that. Instead, he reinforced his skepticism of masks and the health officials whose advice he’s so often ignored or sought to change through a pressure campaign.

And Biden had some of his strongest moments on this subject.

At one point, Biden noted that Trump once floated injecting disinfectant into people to stop the virus. Trump maintained that he was “sarcastic.” (Trump’s presentation did not suggest that the comment was in jest.)

Trump was also asked about his mask skepticism, at which point he argued that masks are fine and that he wears them when he thinks he needs them (which is rarely in public). Biden repeatedly noted that Trump continues to hold rallies in which masks have often been scarce.

Trump then claimed that there was “no negative effect” from the rallies, which is disputed by what happened in Tulsa, Okla. Other rallies have been more recent, making measuring their impacts more difficult.

Biden summed up his case accordingly: “He’s been totally irresponsible in the way in which he has handled the social distancing and people wearing masks, basically encouraged them not to. And he’s a fool on this.”

Trump gambled that voters will be more turned off by Biden saying he would shut things down again if health officials advised it, baselessly accusing Democrats of using current mitigation methods for electoral benefit.

3. The debate was awful

A few weeks ago, Wallace delivered one of the toughest interviews of Trump to date – a rare instance in which Trump has been repeatedly fact-checked on his falsehoods and did not seem to know what to do.

Wallace was in some ways set up to fail on Tuesday night, including by a format in which he was not supposed to fact-check the candidates like he did with Trump a few weeks ago. And it was not clear whether any moderator would be able to handle what occurred in Cleveland – which was not a good debate.

Wallace allowed himself to be something of a wallflower early on, as Trump repeatedly interrupted Biden and Biden sometimes interrupted Trump – before either of them could convey a cogent thought.

But what struck me most was Wallace’s attempts to almost placate Trump.

“Mr. President you’re going to be very happy, because we’re going to talk about law and order,” Wallace said at one point while trying to move past Trump talking over Biden.

“Let me ask – sir, you’ll be happy, I’m about to pick up on one of your points to ask the vice president,” Wallace said at another point.

At other points, though, Wallace noted that Trump was clearly the chief offender.

“And by the way, Mr. President, your campaign agreed that both sides would get two minute answers uninterrupted,” Wallace noted later in the debate.

Again, it was an impossible situation, but it will hardly go down as a great presidential debate.

4. Biden distanced himself from the left

One of the prevailing GOP attacks on Biden is that he would be beholden to the far left. Biden set out at the start of the debate to fight that.

When Trump tied to connect Biden’s health-care plan to that of Sen. Bernie Sanders, I-Vt., Biden responded, “The fact of the matter is I beat Bernie Sanders.”

Trump retorted: “Not by much.”

Biden responded: “I beat him a whole hell of a lot.”

(Biden won more than 2,600 delegates while Sanders won 1,073. Biden effectively won the race in mid-April, with many states yet to vote. It was also earlier than Trump’s GOP 2016 opponents ended their campaigns in 2016.)

Biden also emphasized that there is systemic racism, but he echoed an argument that the GOP often makes about police – that those who abuse their power are the rare “bad apples.”

Later on, Biden yet again pointedly declined to attach himself to a push by liberal activists upset over Judge Amy Coney Barrett’s Supreme Court nomination to abolish the filibuster or pack the Supreme Court, saying voters should have their voice heard on the topic.

“The issue is the American people should speak,” Biden said. “You should go out and vote.”

It was not a profile in bold politics, and it could disappoint some of his liberal allies – Trump at one point shot back, “You just lost the left” – but it was clear that Biden wanted to insulate himself, which was probably the smart play given that he leads the race.

Trump tried a few times to make an issue of Biden’s son Hunter Biden, including at one especially insensitive moment.

But even as Biden was going down that road, Trump attempted a brutal pivot.

“I’m talking about my son Beau Biden,” the former vice president shot back.

The right answer was something like: We salute Beau’s service, but let’s also talk about this other thing. The answer Trump gave was jarring, and it did nothing to undercut the reported claims about Trump’s military comments – some of which echo his very public comments. 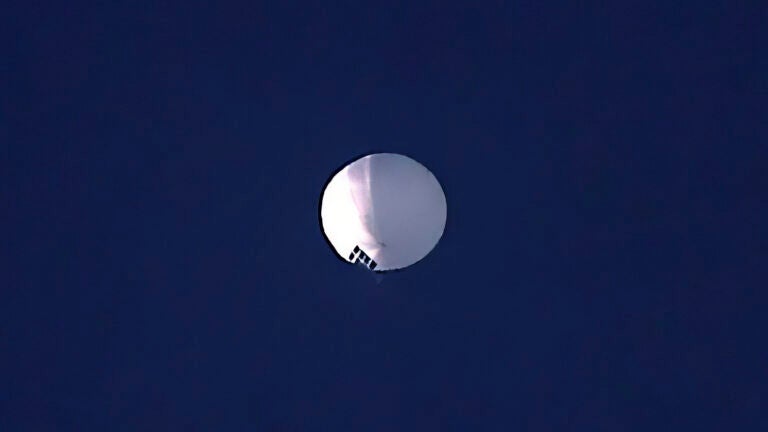