“I’d like to ask you for a definitive and declarative statement without ambiguity or deflection,” he said Thursday. “As the person who speaks for the president, does the president denounce white supremacism and groups that espouse it in all their forms?”

McEnany went on to list past instances where she said the president had done so himself.

“Just to clear it up, this morning, can you, naming it, make a declarative statement that … the president denounces it?” he said.

“I just did,” McEnany responded.

A similar back-and-forth continued for another minute.

Later, on Fox News, a frustrated Roberts talked about the exchange.

Some pretty striking comments from John Roberts on Fox pic.twitter.com/zqftfKoluF

Roberts wasn’t the only reporter to press McEnany on the subject. Watch the full press conference below: 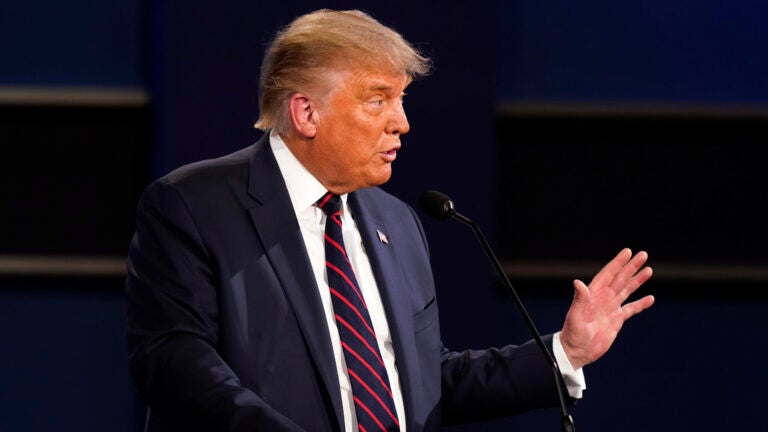 Trump to far-right extremists: ‘Stand back and stand by’