Fearing a “twindemic” of flu cases combined with a possible second surge of the coronavirus, Gov. Charlie Baker issued a mandate in August that requires children get an influenza vaccine in order to attend school in Massachusetts — a move that has had some parents speaking up with their concerns ever since.

Demonstrators took to Beacon Hill in late August to protest the decision, and on Monday they gathered in front of the Moakley Federal Courthouse in Boston with signs declaring Baker a “tyrant” and insisting that when it comes to vaccines, it’s a situation of “My Child, My Choice.”

“There’s no rhyme or reason why a flu shot should be mandated by the governor,” Vinnie Delaney, the organizer of the rally, told WCVB, adding that his group, known as “Flu You Baker,” plans to file a lawsuit against the governor in federal court in the coming weeks.

Students must get the influenza vaccine by Dec. 31 unless they have a medical or religious exemption, the state Department of Public Health said in a statement. Check out what Monday’s protest looked like below, and answer our poll on the move here: A woman wears a “no fear” face mask at the protest. A mother who said she believes in the vaccine but wants the choice to give it or not joined demonstrators at the protest. A man in a QAnon vest with a U.S. flag talks to demonstrators. 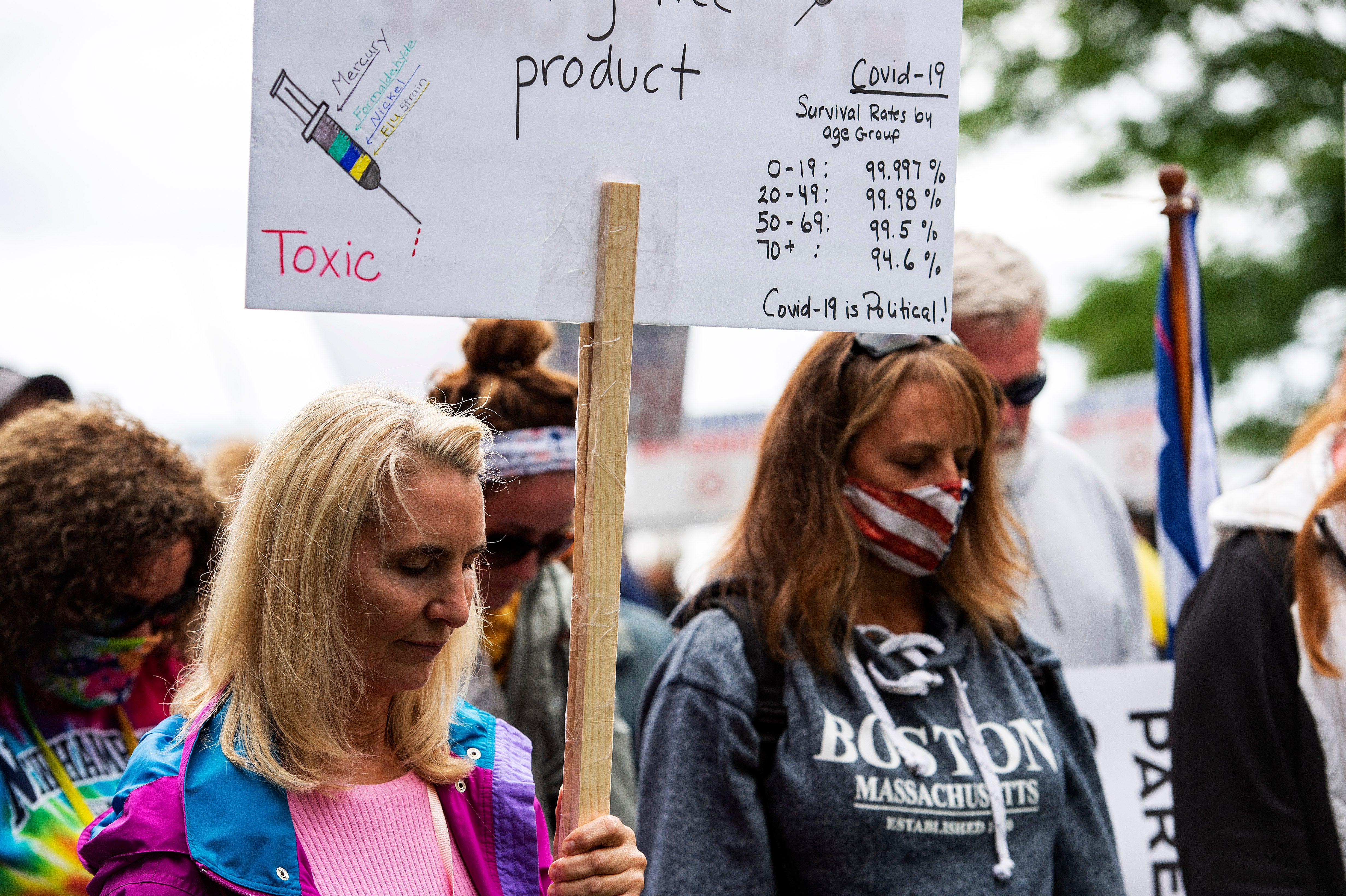 Demonstrators pray outside the courthouse. 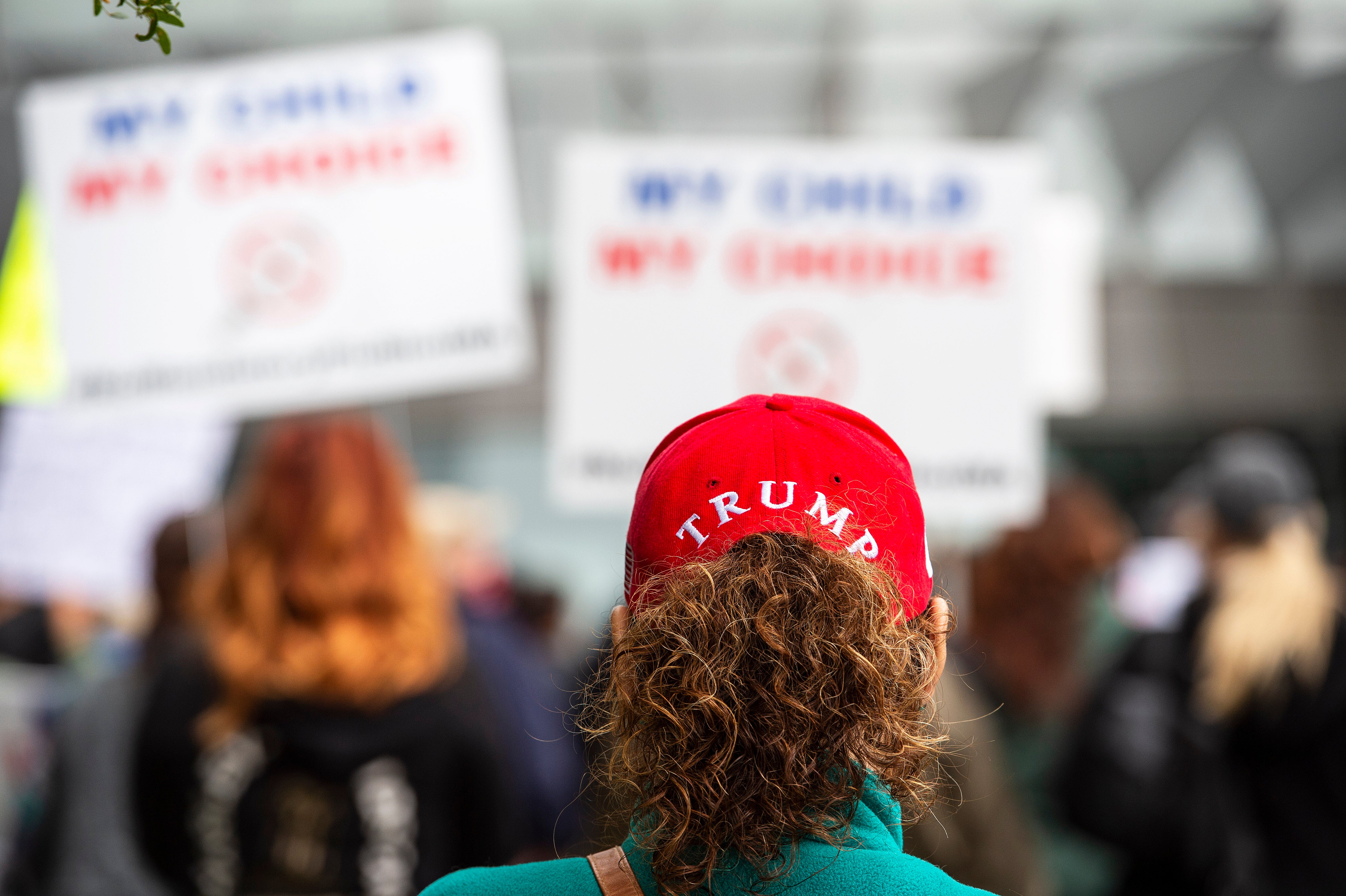 A woman wears a Trump cap during the protest. 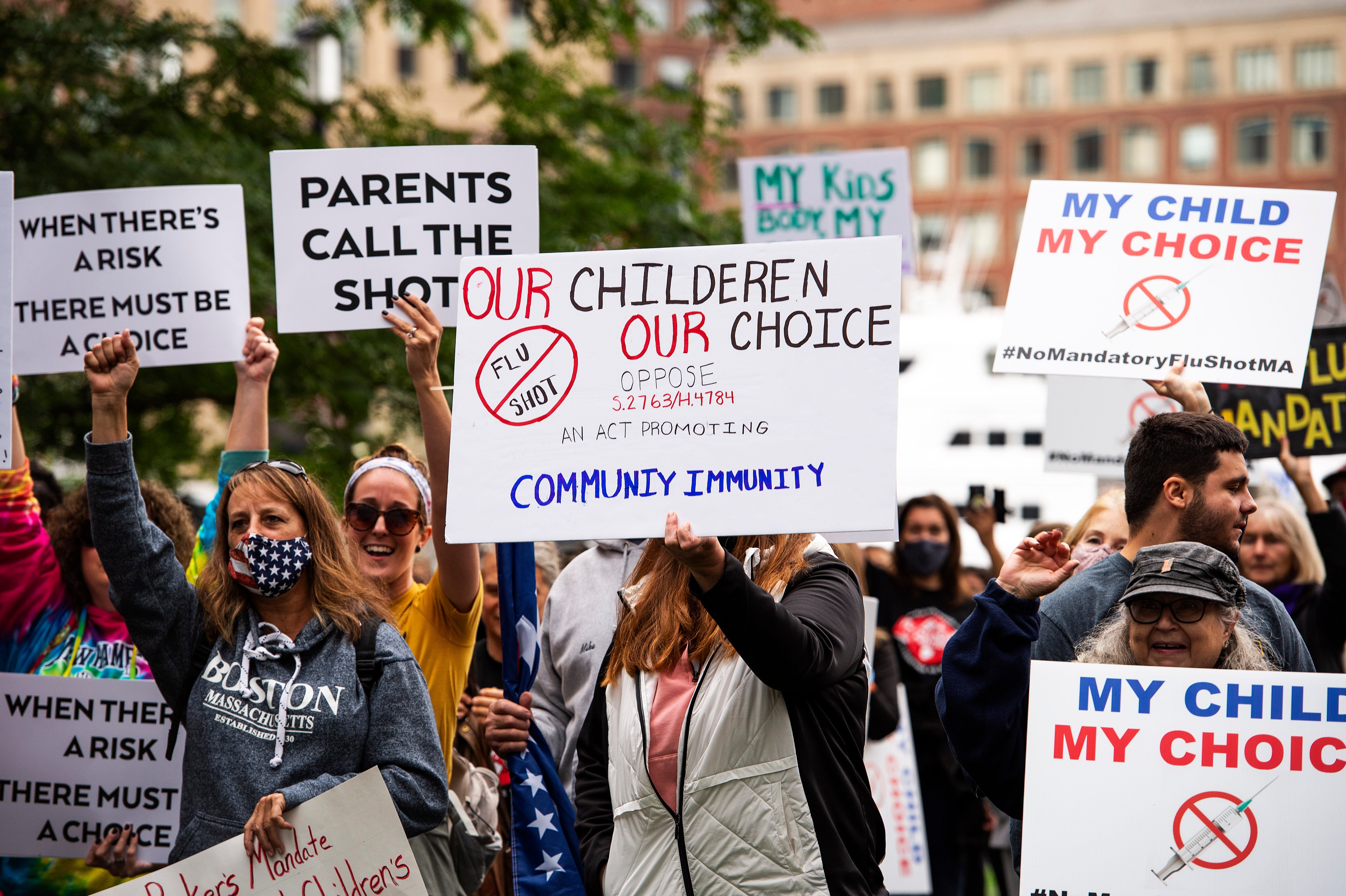 Demonstrators at the protest. 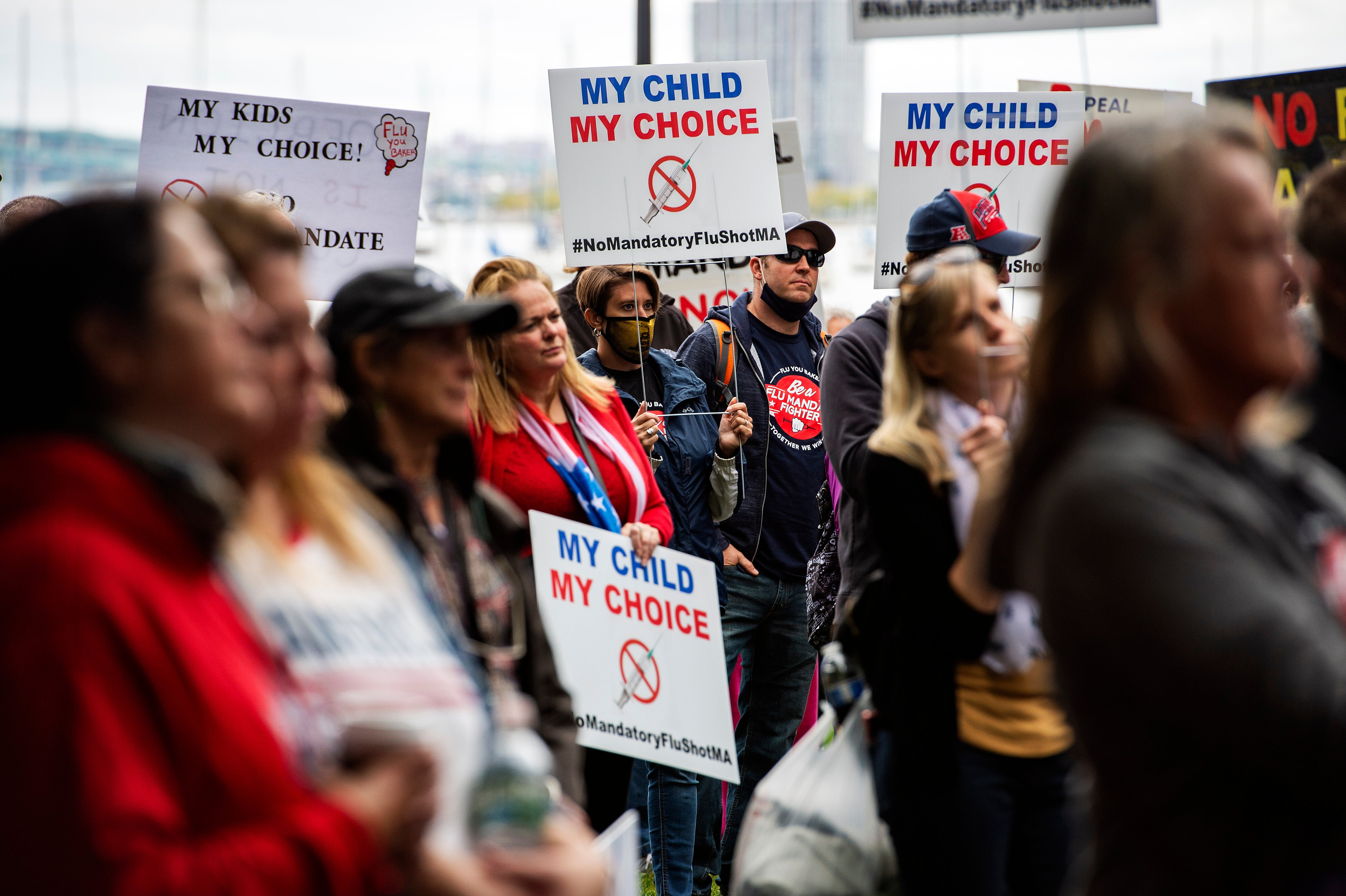 Demonstrators in Boston declared “My Child, My Choice” when it comes to the influenza vaccine. “My Body, My Child, My Choice,” reads a sign at the protest. 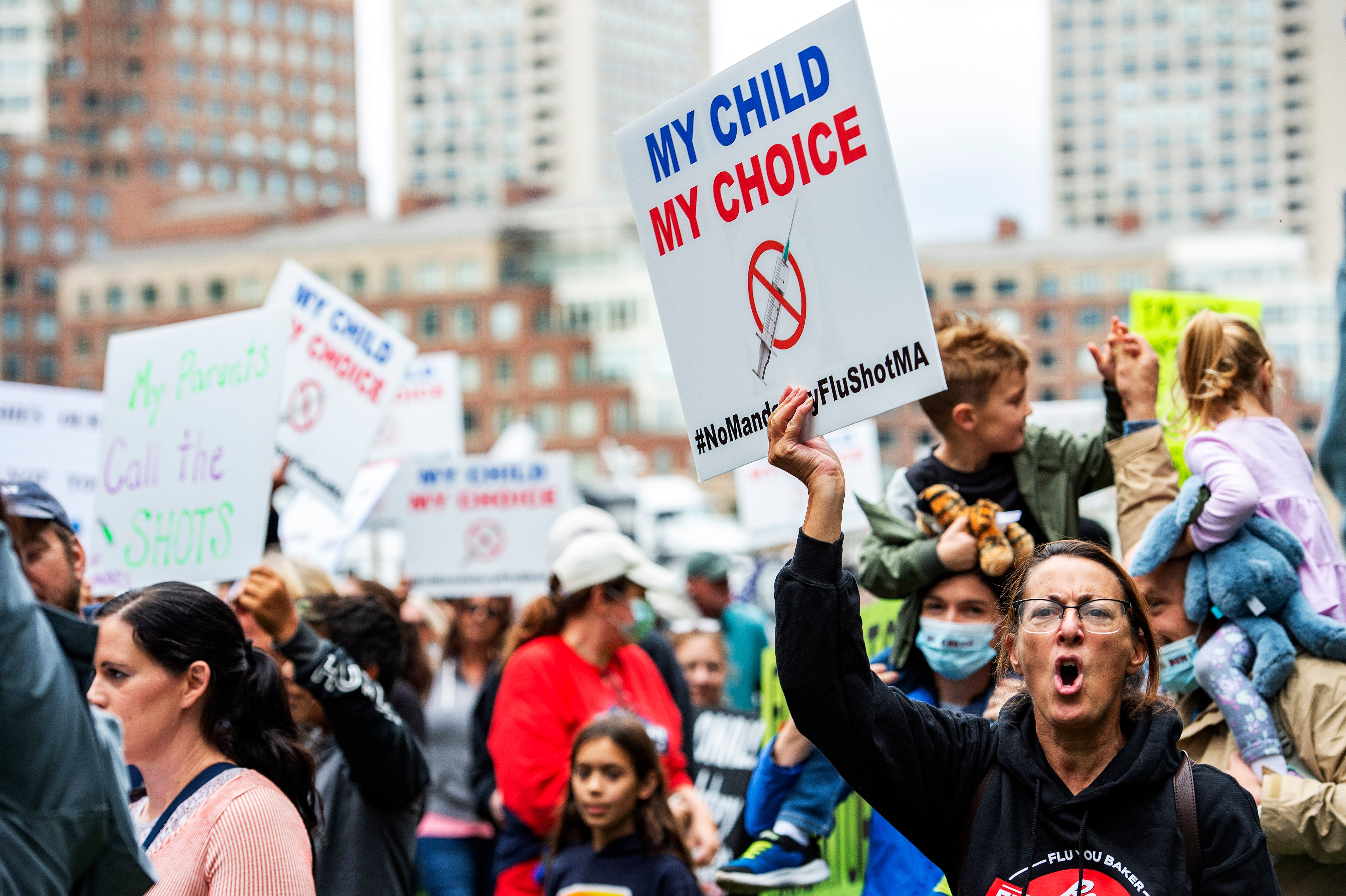 Demonstrators took to the streets in front of the courthouse. Another scene from Monday’s demonstration. 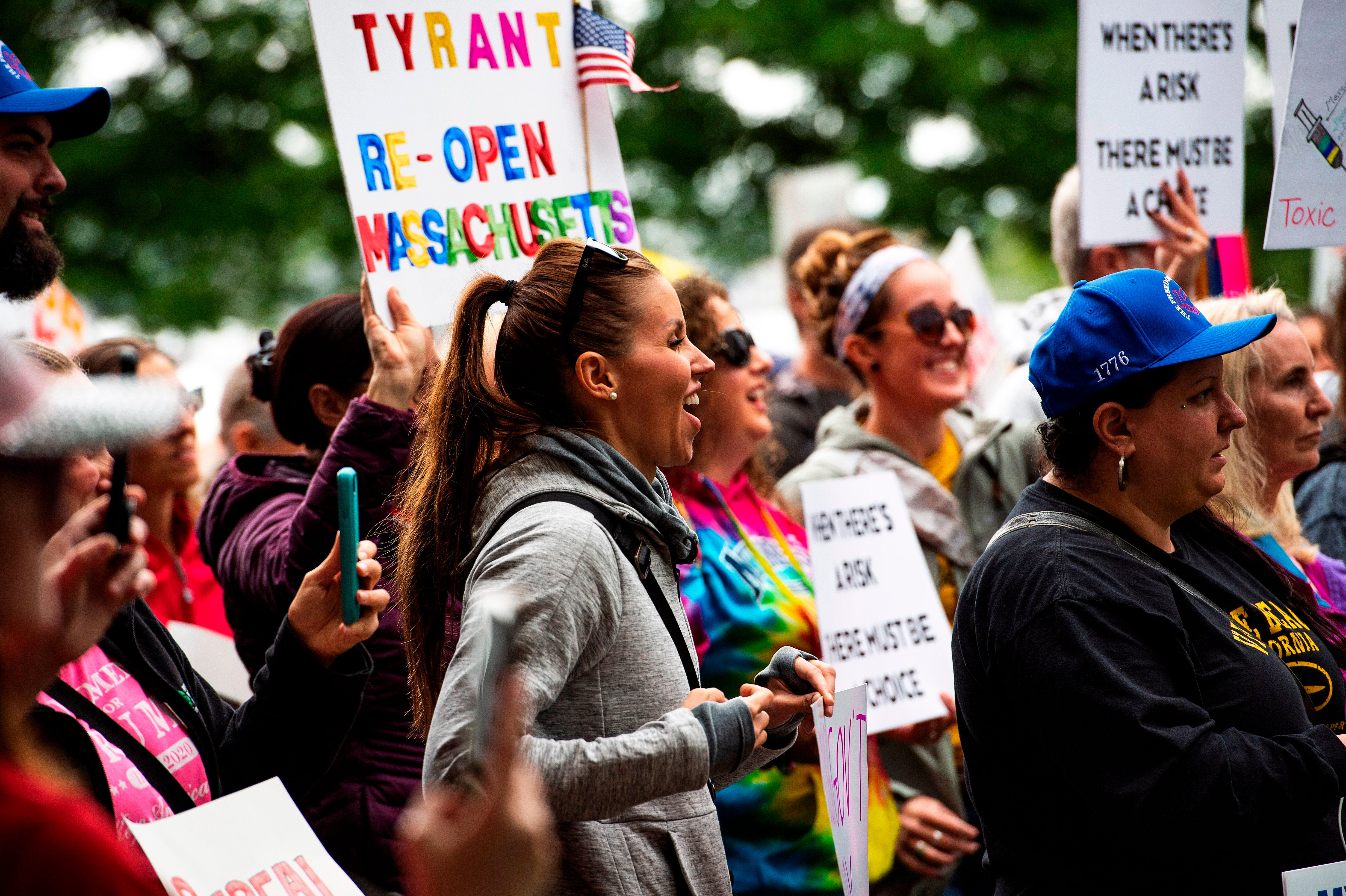 A sign at the protest declares Gov. Charlie Baker a “tyrant” and demands he “re-open Massachusetts.” 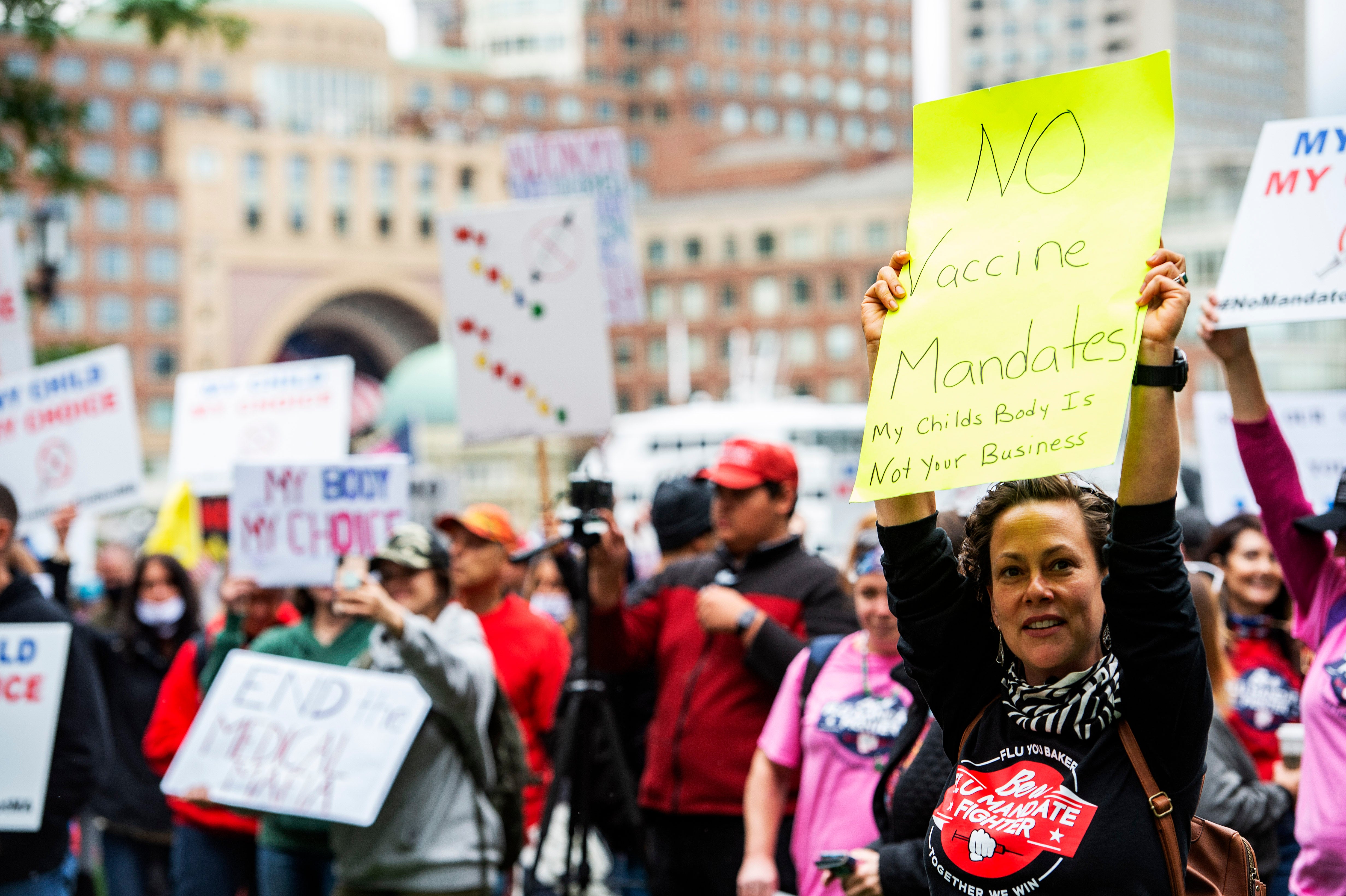 A sign calls for “no vaccine mandates” in Massachusetts. 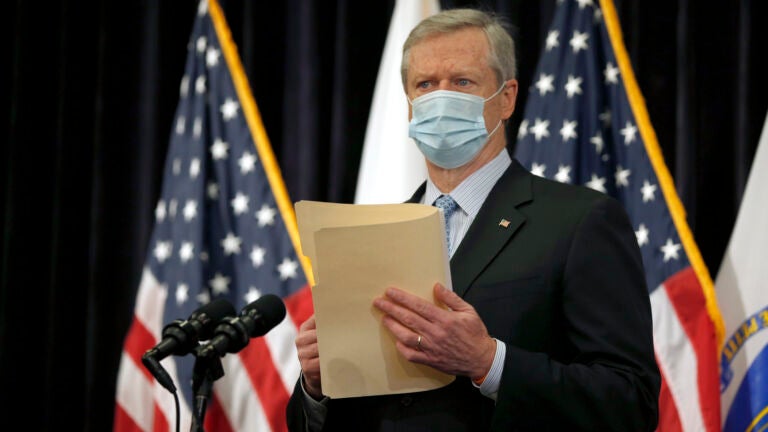