WASHINGTON (AP) — President Donald Trump’s move Tuesday to cut off talks on another government aid package will further weaken an economy straining to recover from an epic collapse, economists say, and deepen the hardships for jobless Americans and struggling businesses.

Half of all small businesses expect to need more aid from the government over the next 12 months to survive, according to a survey by the right-leaning National Federation of Independent Business. Sales for about one-fifth of small companies are still down 50% or more from pre-pandemic levels, the NFIB said.

For roughly 25 million laid-off Americans who are receiving unemployment aid, weekly payments, on average, have shrunk by two-thirds since a $600-a-week federal benefit expired more than two months ago. Trump did provide an extra $300 for six weeks. But that money has also run out.

Economists have warned that without further aid, families across the country will struggle in coming months to pay bills, make rent, afford food and avoid eviction. It could also reduce Americans’ overall incomes to below pre-pandemic levels by year’s end, thereby reducing spending and slowing economic growth. On Tuesday, Federal Reserve Chair Jerome Powell made clear his belief that unless the government supplied additional support, the recovery was at risk of derailing.

“Given what looks to be a growing probability of a second wave of the coronavirus pandemic, we now attach a 50% probability of a recession over the next 12 months,” said Joe Brusuelas, chief economist at tax advisor firm RSM.

If a large stimulus is adopted early next year, the likelihood of a downturn would fall, Brusuelas added.

Oxford Economics projects that without further federal aid, the economy will eke out just a 1% annual growth rate in the current quarter, down sharply from its previous forecast of 4%.

Trump opened the door Wednesday to the possibility of a narrower aid package that would bolster specific industries, notably airlines, or distribute another round of $1,200 stimulus checks to most adults. That prospect sent stock prices surging a day after they had tumbled in the wake of Trump’s tweet ending talks. Yet there was little sign Wednesday that even a smaller-scale agreement would be reached.

“The recovery will continue without it, but it’s going to be a much slower recovery,” Loretta Mester, president of the Federal Reserve Bank of Cleveland, said in an interview on CNBC. “We’re still in a pretty big hole.”

Kelly said “it was comforting” to read Trump’s tweet in support of immediate additional aid for airlines, “and hopefully that will get done.” Kelly acknowledged there are critics of aid to his industry, but he insisted it is not a bailout. “This isn’t a bailout. It’s like World War II, and no company can survive … losing all of its revenue.”

According a Census Bureau survey released Wednesday, one-third of adults are struggling to pay for their usual expenses, including rent, food, car payments and utilities.

“This is a disaster — I don’t know what is going to happen to us,” said Julio Delgado, referring to the end of stimulus talks.

Delgado, who has six children, worked for more than 20 years at a job staging events at the Hynes Convention Center in Boston — until he was laid off this spring.

Delgado’s wife was also laid off from a human resources job at a hospital. Together, they receive about $900 in unemployment aid a week. But that’s all set to expire before the year ends.

After that, Delgado doesn’t know how the family will manage to pay their nearly $2,000 in rent, plus utility bills, car insurance and other payments. His supervisor said he won’t be recalled to his job until March — at the earliest.

On Tuesday, just hours before Trump tweeted his decision to abandon talks on a new rescue package, Powell warned in a speech to business economists, “Too little support would lead to a weak recovery, creating unnecessary hardship for households and businesses.”

A unique feature of the current recession, economists say, is that incomes soared in the April-June quarter by a record amount, even as more than 22 million people lost jobs. The increase occurred because $1,200 checks were sent to most households, and jobless aid was boosted by $600 a week.

That extra money enabled spending at retailers to recover to pre-pandemic levels. Analysis by Opportunity Insights, a research group, has found that spending has rebounded faster in lower-income neighborhoods than in wealthier ones because of the benefit of stimulus payments.

Just over half the 22 million jobs that were lost to the pandemic have been recovered. Most of them reflect the recall of temporarily laid-off workers by restaurants and retail stores. Even though the unemployment rate has fallen to 7.9%, the number of permanent layoffs has jumped, a sign that the remaining 10.7 million lost jobs will take longer to return.

The American Hotel & Lodging Association has said that nearly three-quarters of hotels say they will have to lay off more workers without further financial aid.

And American Airlines and United Airlines combined furloughed 32,000 employees last week. Airlines have already shed tens of thousands of positions through early retirements and buyouts. Delta Air Lines began the year with 91,000 employees, but 18,000 left voluntarily and 40,000 others agreed to take unpaid leaves of absence. The company may cut 1,700 pilots Nov. 1 unless their union agrees to contract concessions.

The nation’s fourth-biggest airline, Southwest Airlines, hasn’t furloughed anyone, but this week it asked unions to accept pay cuts to avoid job cuts next year if there is no more federal money. More than 4,000 of Southwest’s 60,000 workers have departed voluntarily.

“The pandemic has been devastating in our sector,” and a recovery is “a long way away,” said the airline’s CEO, Gary Kelly.

With air travel still down nearly 70% from a year ago, additional government aid “gives us a fighting chance to get through this pandemic with our network intact, our jobs secure and the pay secure,” Kelly said.

Congress and the White House had given passenger airlines up to $50 billion in cash and loans, half of it earmarked for wages and benefits, in exchange for no layoffs through Sept. 30. Airlines and their unions have lobbied for $25 billion more and a ban on layoffs or furloughs through next March.

Most GOP senators have opposed another large stimulus package, with some arguing that the economy must adjust to changes wrought by the coronavirus. Airlines, for example, may experience a long-term loss in business travel as more companies conduct business meetings over videoconference. That would mean that many airline workers will have to find jobs in different industries.

Yet some economists say it isn’t clear how widespread such changes will be. Once there’s a vaccine, or the virus is brought under control in other ways, it’s likely Americans will resume many of their old habits — shopping, traveling, dining out and going to concerts and movies.

Martha Gimbel, a labor economist at Schmidt Futures, a think tank, said that if most of the jobs in those industries will be needed again, the government should support those workers until they return.

“Their jobs are not really obsolete,” Gimbel said. “They just can’t do them right now.” 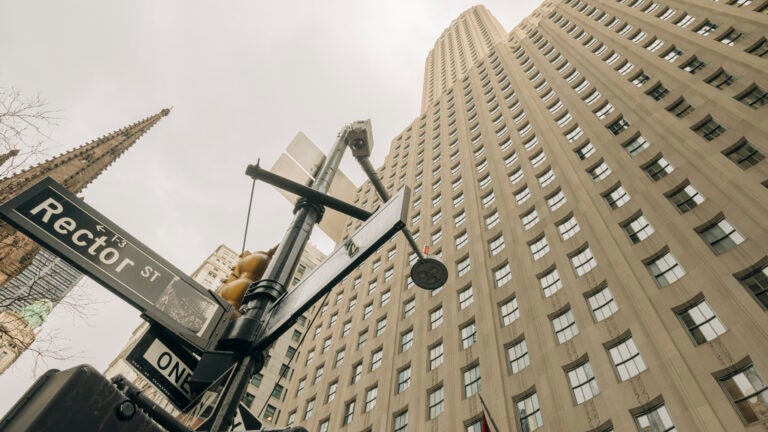 What would it take to turn more offices into housing?