Trump had on Tuesday afternoon instructed Treasury Secretary Steven Mnuchin to abandon bipartisan talks over a stimulus package, complaining that House Speaker Nancy Pelosi, D-Calif., was making unreasonable demands in negotiations. “I have instructed my representatives to stop negotiating until after the election,” the president said.

About seven hours later, Trump appeared to reverse himself in a new string of tweets.

After canceling talks, he publicly urged members of his own administration to work with congressional Democrats to approve additional federal stimulus measures.

At 9:54 p.m., he called on the House and Senate to “IMMEDIATELY” approve $25 billion in new aid for the airline industry, which has already begun laying off thousands of employees after federal aid programs expired last week.

At 10:18 p.m., he called for Congress to direct $1,200 payments to millions of Americans and said he wanted immediate aid for small businesses.

“I am ready to sign right now,” he wrote. “Are you listening Nancy?”

If I am sent a Stand Alone Bill for Stimulus Checks ($1,200), they will go out to our great people IMMEDIATELY. I am ready to sign right now. Are you listening Nancy? @MarkMeadows @senatemajldr @kevinomccarthy @SpeakerPelosi @SenSchumer

He was referring to House Speaker Nancy Pelosi, D-Calif., though he “tagged” his chief of staff Mark Meadows and other congressional leaders in the Twitter post.

He hasn’t made a public appearance since returning to the White House Monday evening from the hospital, where he was being treated for coronavirus. During his hospital stay, he called on Congress to join together to pass a stimulus deal, a viewpoint that he seemed to shift away from Tuesday only to shift back to it again in the evening.

Democrats have for months rejected the idea of passing stimulus funding on a piecemeal basis, instead insisting on one comprehensive package to aid the economy, although Pelosi has suggested Congress could act first to help the airline industry. The president’s demands Tuesday night also left out addressing the expiration of additional federal unemployment benefits for tens of millions of jobless Americans.

The president’s sudden whiplash over the stimulus package followed the widespread backlash to his decision to abruptly end talks with Pelosi, which startled even some congressional Republicans and led to a dip in the stock market. The Problem Solvers Caucus, a bipartisan group that proposed a $1.5 trillion stimulus package, called for a resumption in negotiations, while Rep. John Katko, R-N.Y., a vulnerable House member in a difficult reelection race, said he disagreed with the president and “strongly urge” Trump to rethink the decision.

The president has long sought an additional stimulus package ahead of the Nov. 3 election, and it remained unclear exactly why he suddenly gave up on talks. During a call Tuesday with the president, Senate Majority Leader Mitch McConnell, R-Ky., suggested to Trump that Pelosi was stringing him along and no deal she cut with Mnuchin would command broad GOP support to pass in the Senate, according to two people with knowledge of the call who spoke on the condition of anonymity to discuss it.

Trump has also long claimed that good negotiators must know “when to walk away from the table,” and frequently boasts at campaign rallies that his hard-line negotiating style produces major concessions from his opponents. That approach appears unlikely to yield a successful stimulus package in time for the election. Pelosi speculated to other congressional Democrats Tuesday that the steroid medication the president is taking to recover from the coronavirus could be altering his thinking. 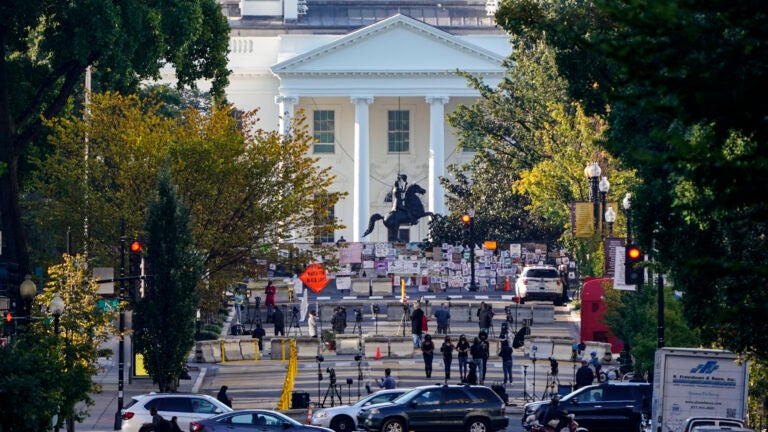