“They’re going to raise taxes on every American,” Pence said. “Joe Biden said twice in the debate last week that on day one he’s going to repeal the Trump tax cuts.”

But by the word of Biden’s actual plan, the Republican vice president is wrong.

Biden’s website pledges to raise the top individual income rate from 37 percent back to 39.6 percent, which is the same level it was before the 2017 tax cuts signed into law by President Donald Trump. For the current year, that increase would only affect individuals earning more than $518,400 and couples filing jointly who make more than $622,050.

Biden’s plan does propose some other increases, including upping the corporate tax from 21 percent to 28 percent (a 50 percent repeal of the Trump cuts) and raising the capital gains tax from 23.8 percent to 39.6 percent for the highest earners.

But the campaign stresses that Biden “won’t ask a single person making under $400,000 per year to pay a penny more in taxes, and will in fact enact more than one-dozen middle class tax cuts,” including an expansion of the child tax credit, as well as credits for home buying, health care, and child care.

Pence was correct that Biden twice said during the first presidential debate he was “going to eliminate the Trump tax cuts.” According to the Institute on Taxation and Economic Policy, on average those cuts resulted in an extra $780 in their first year for middle-income earners (or those making 43,500 to $69,800 a year), though more than half of the overall savings went to the top 5 percent of income earners.

However, Biden, who is known to misspeak at times, has used different wording in other settings. During a fundraiser in July, he reportedly told donors he was “going to get rid of the bulk,” but not necessarily the entirety, of Trump’s tax cut.

During the debate Wednesday night, Biden and Harris tried to clear up where they planned to draw the line on tax increases.

Let me be clear: A Biden-Harris Administration won’t increase taxes by a dime on anyone making less than $400,000 a year. 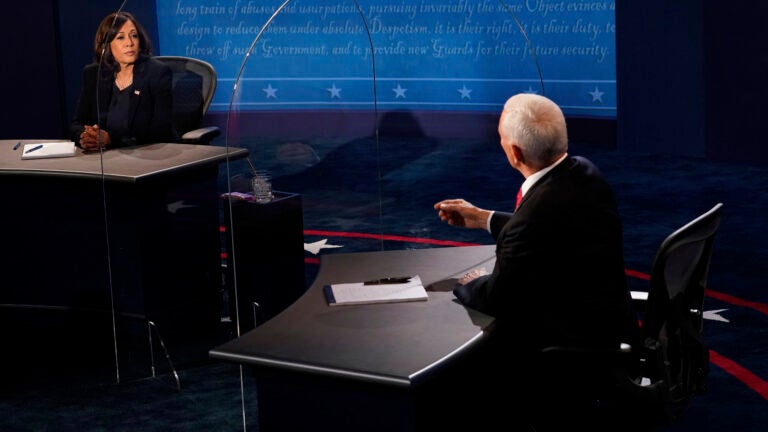