Chuck Todd has been the subject of a good deal of criticism this week over NBC’s controversial timing of a town hall-style show with Republican President Donald Trump at the exact same time Thursday night as an ABC forum with Democratic presidential nominee Joe Biden.

However, the “Meet the Press” host, who also serves as the political director for NBC News, says his team was not involved in the decision.

“I was kept out of the loop,” Todd said Thursday during an appearance on GBH’s “Boston Public Radio.”

“The political unit was kept out of the loop of this decision,” he said. “This is a decision made by executives.”

Todd’s comments came after NBC faced internal and external backlash for inviting Trump to do a town hall during the same 8 p.m. time slot as the already-planned Biden town hall on its rival network. The dueling town halls were organized after the second 2020 presidential debate, which was scheduled for Thursday, was canceled last week, after Trump backed out when it was changed to a virtual event due to his recent COVID-19 diagnosis.

Critics noted NBC’s decision to schedule their Trump town hall at the same time as the ABC event with Biden meant that voters would not be able to watch both events live (though they can both be rewatched online) with the bombastic incumbent president potentially drowning out his challenger — though Savannah Guthrie won praise for her job as host.

“By agreeing to air his town hall as counterprogramming opposite Vice President Biden’s town hall on ABC, you are enabling the President’s bad behavior while undercutting the Presidential Debate Commission and doing a disservice to the American public,” read a pre-event letter to NBC executives from a long list of Hollywood stars and producers.

As the news network’s political director, Todd himself was targeted by a separate #firechucktodd social media campaign by users who assumed he played a central role in organizing the Trump event.

A frequent subject of Twitter ire, Todd’s job includes a long list of responsibilities (in addition to “Meet the Press,” he also hosts a weekday cable news show, a weekly podcast, and a weekly streaming show; writes a daily newsletter; and oversees the network’s polling operation).

But booking and negotiating the town hall Thursday was apparently not one of them.

Todd, a regular “Boston Public Radio” guest, said on GBH that he stood by the event itself, noting that NBC also hosted a similar Oct. 5 event with Biden and had previously sent invitations to both campaigns. But he reiterated that he was not involved in the specific scheduling of the event. Several of his NBC colleagues also told Politico that Todd was not involved with —  but rather “blindsided” by — the town hall.

Cesar Conde, the chairman of NBC News Group, contended that the time slot decision was made out of “fairness,” since Biden’s town hall last week also aired at 8 p.m.

“If we were to move our town hall with President Trump to a later timeslot we would be violating our commitment to offer both campaigns access to the same audience and the same forum,” Conde said in a statement to Politico.

According to The New York Times, some NBC officials argued internally that moving Trump’s town hall to the 9 p.m. or 10 p.m. time slot might actually result in a larger live viewing audience, given Americans’ tendency to watch TV later at night.

Todd suggested Thursday that he didn’t exactly agree with that reasoning, when pressed by the GBH hosts. 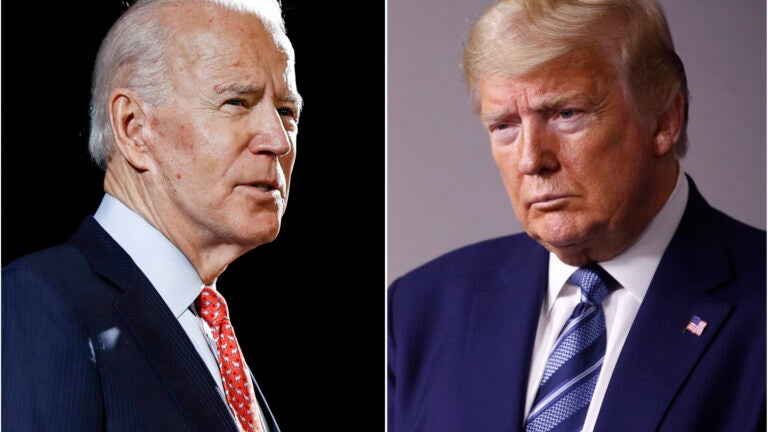