A sweeping report geared towards how Boston can better address food justice issues, released Tuesday by mayoral hopeful Michelle Wu, calls for systemic changes across the city’s food service and related industries and in how officials consider and increase access to healthy, locally sourced food.

The city councilor at-large is calling for “real progress towards a food system that is equitable, resilient, sustainable, and just,” envisioning shifts in everything from how industry workers are compensated and protected to the supports available to independent restauranteurs, and the city’s role in removing barriers to affordable and nutritious food.

Among many points highlighted in the 46-page report, Wu advocates for support of efforts to gradually institute the full minimum wage for tipped workers; incorporating goals for building out the city’s food system infrastructure in a zoning master plan; and incentivizing major institutions like universities and hospitals to adopt food purchasing standards aligned with building the local economy and protecting workers’ rights.

Wu, who along with fellow City Councilor Andrea Campbell is seeking Mayor Marty Walsh’s seat, said the proposal draws heavily from the impacts of the coronavirus pandemic, focusing on steps towards a recovery that can in tandem address the root causes of deep-seated and related economic, racial, and food insecurity problems that have persisted long before the health crisis engulfed Boston.

The report is Wu’s first policy rollout since she launched her campaign last month.

“We’ve seen so much of what’s been disrupted during this pandemic and this crisis related to our food systems that clearly weren’t working for everyone before,” Wu told Boston.com. “So as we think about how to build a city for everyone, that means food systems that work for everyone, including our essential workers, including our families, including so many of the businesses that have been devastated during the pandemic …. It’s clear that food justice could lead our recovery from this pandemic, and it will be critical to making sure that we are addressing the needs in this moment but with the goal of transforming systems that already weren’t working prior to COVID-19.”

The pandemic has wreaked havoc on Boston’s food scene, forcing the permanent closing of at least 70 restaurants as of last month. And while the federal Paycheck Protection Program launched earlier this year to assist businesses, Wu’s report says the initiative fell short of helping restaurants, who were unable to “safely and fully reopen within the timeframe required by the program,” the report says.

Black- and minority-owned restaurants faced their own unique challenges in receiving that support, the proposal says.

“Structural inequities built into the administration, application process, and fee structure of the program made PPP loans inaccessible to many Black-owned businesses, which have historically been deprived of access to credit,” the report says.

Although the policy rollout makes mention of the inherent, larger challenges of corporate control over the industry and “inflexible international supply chains,” Wu asserts the city has the power to effect change through avenues such as purchasing power and its influence on local institutions.

“We must center restaurants, bodegas, and other food businesses as critical food infrastructure for racial and economic justice,” Wu said. “Often when we talk about food and food policy, it is thinking about hunger and food access through food pantries and food banks, all of which are extremely important. We want to recognize how important our locally owned food businesses are too, especially in getting culturally appropriate food to communities and connecting the economic justice piece to it.”

Wu backs a phase-out of the tipped minimum wage in favor of the full amount other employees receive.

Wu’s plan calls for Boston to support a bill in the state Legislature, “An Act Requiring One Fair Wage,” which would “gradually phase out the tipped minimum wage to match the state’s regular minimum wage,” the report says.

“Boston’s food chain workers need a raise,” the proposal says.” The average worker in our City’s accommodation and food service sector earns only $578 per week – lower than any other sector. Even if she was fortunate enough to secure 40 hours of work a week, this average worker would still make well under what is deemed the bare minimum by Boston’s Living Wage Ordinance for a family to live in our city.”

Tipped workers do not have to be compensated by the basic minimum wage amount under the federal Fair Labor Standards Act of 1938 — policy that Wu writes “capitulated to racist Southern lawmakers by excluding the largely Black agricultural and domestic workforce from minimum wage protections.”

But would cash-strapped local restaurants reeling from the pandemic be able to provide the wage increase?

Wu said there’s an obligation to reconsider the system at large as the city pieces together a recovery.

“There’s a major reckoning now on our entire economic system and as I’ve been visiting restaurant owners and other … food sector stakeholders, it’s really clear that we have to rethink everything right now,” Wu said. “We are not able to go back to the way that things were because it wasn’t working, and we have to rebuild to a system that provides that stability and opportunity and justice for everyone.”

There is also already some local precedent about how restaurants can be creative when it comes to boosting wages, the report notes.

“Boston is home to numerous examples of innovative restaurants that demonstrate that a real investment in workers is compatible with – and even beneficial for – business success,” the report says. “Fenway based Mei Mei Restaurant uses an open-book management system that seeks to educate staff members on restaurant finance, solicit real feedback on the business’ profit and loss statement, and reward staff with profit sharing. Jamaica Plain’s Brassica Kitchen has appended a service fee to all pre-tax bills to directly supplement the wages of non-tipped employees to rectify the structural imbalance between front-of-the-house and back-of-the-house wages.”

The report also calls for supporting food workers in unions and affirming workers’ organization rights by “aggressively enforcing” city standards that give preference to union workers when the city executes contracts for food procurement.

“Boston should proactively affirm the right of its delivery drivers and other gig workers to unionize, and the City should work with our Attorney General to affirm that gig workers are entitled to minimum wage and overtime protections, access to paid sick leave, and other workplace benefits,” the report says.

According to Wu’s report, the law requires city departments to assess their current contracts. The councilor is now asking the city fully embrace the ordinance in Boston Public Schools and other agencies under city purview.

“So many of our large anchor institutions also have tremendous purchasing power,” Wu said. “If we were coordinating that and incentivizing good food procurement across the board, that’s a tremendous impact that the city can drive.”

The city should find ways to encourage ‘home-grown food businesses,’ according to the report.

Wu’s report advocates creating new pathways for prospective small restaurant owners to launch and grow their businesses to support the local economy, and for wealth generation.

“Beyond the pandemic, the City should support local food businesses, as business ownership is one of the most effective pathways to building wealth in historically excluded neighborhoods,” the report says. “For example, a proposal under consideration by the City Council would issue residential kitchen permits, lowering the barriers to entry for aspiring food entrepreneurs to test the market for a product or service and build a following before having to invest in a physical production space. The City should also overhaul its food truck program in consultation with food truck owners to … (leverage) the expanded need for food delivery in order to grow local businesses.”

Wu also raises the need for a restaurant and food business census to find — and ultimately lower — barriers that Black-owned and minority-owned restaurants and other businesses face in the industry.

Building Boston’s ‘food system infrastructure’ should be key in its planning practices, the proposal says.

As Boston booms with new development, the city should prioritize the need for a “diverse array of restaurants and food retailers,” according to Wu’s report.

This means the Boston Planning and Development Agency should put targets for building out the city’s “food system infrastructure” — from restaurants to commercial kitchens and other businesses — into a new, citywide master plan, the proposal says.

The proposal offers that officials can use the planning and development process to discourage chain retailers such as fast food restaurants, which the councilor argues have a record of using predatory marketing tactics to target children of color.

Meanwhile, the city should also expand the land available for community gardens, partially though the use of tax incentives or vacant lot registry fees to “encourage private landowners to transfer non-buildable vacant lots to aspiring farmers,” the report says.

Wu said the city needs to “really think about the zoning for vacant parcels and tools that the city has to encourage that … shift to benefit urban agriculture and shared community food production.”

Furthermore, Wu’s vision looks to support the corner stores, bodegas, and local markets that compete against national and name brand retailers. Those supports could come in the form of “a variety of business development tools” along with technical assistance services, the report says.

“This is obviously a very stressful time and moment of crisis that we are grappling with, and this push around food justice is meant to provide very specific solutions to the needs that we see — the immediate, crisis-level needs that we see in communities,” Wu said.

Visit Patriots lose their leading tackler to an arm injury in playoff game vs. Bills 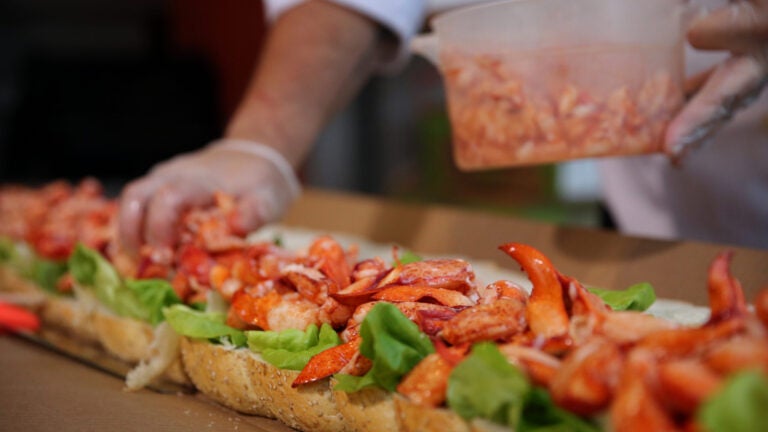 Not closed, not quite open: These local restaurants are hibernating for the winter