NEW YORK (AP) — Rudy Giuliani is shown in a compromising position in a hotel room with a young actress pretending to be a television journalist in a scene in Sacha Baron Cohen’s latest mockumentary, a sequel to his hit “Borat” film.

The scene shot in a New York hotel room in July — which resulted in Giuliani calling police — includes a moment when Giuliani is seen lying on a bed, tucking in his shirt with his hand down his pants and the young woman nearby.

Giuliani went to the hotel room thinking he was being interviewed about the Trump administration’s COVID-19 response. The young woman is flirtatious with him and invites him to the bedroom, which is rigged with hidden cameras.

Giuliani then asks for her phone number and address. He lies back on the bed to tuck in his shirt and has his hands in his pants when Baron Cohen rushes in wearing an outlandish outfit.

Baron Cohen, who was disguised as part of the crew, screams that the young woman is 15 years old. Up to that point, there is no indication she is underage. The character, Borat’s daughter, is played by actress Maria Bakalova, who is listed as 24 years old on the Internet Movie Database site, IMDb.com. 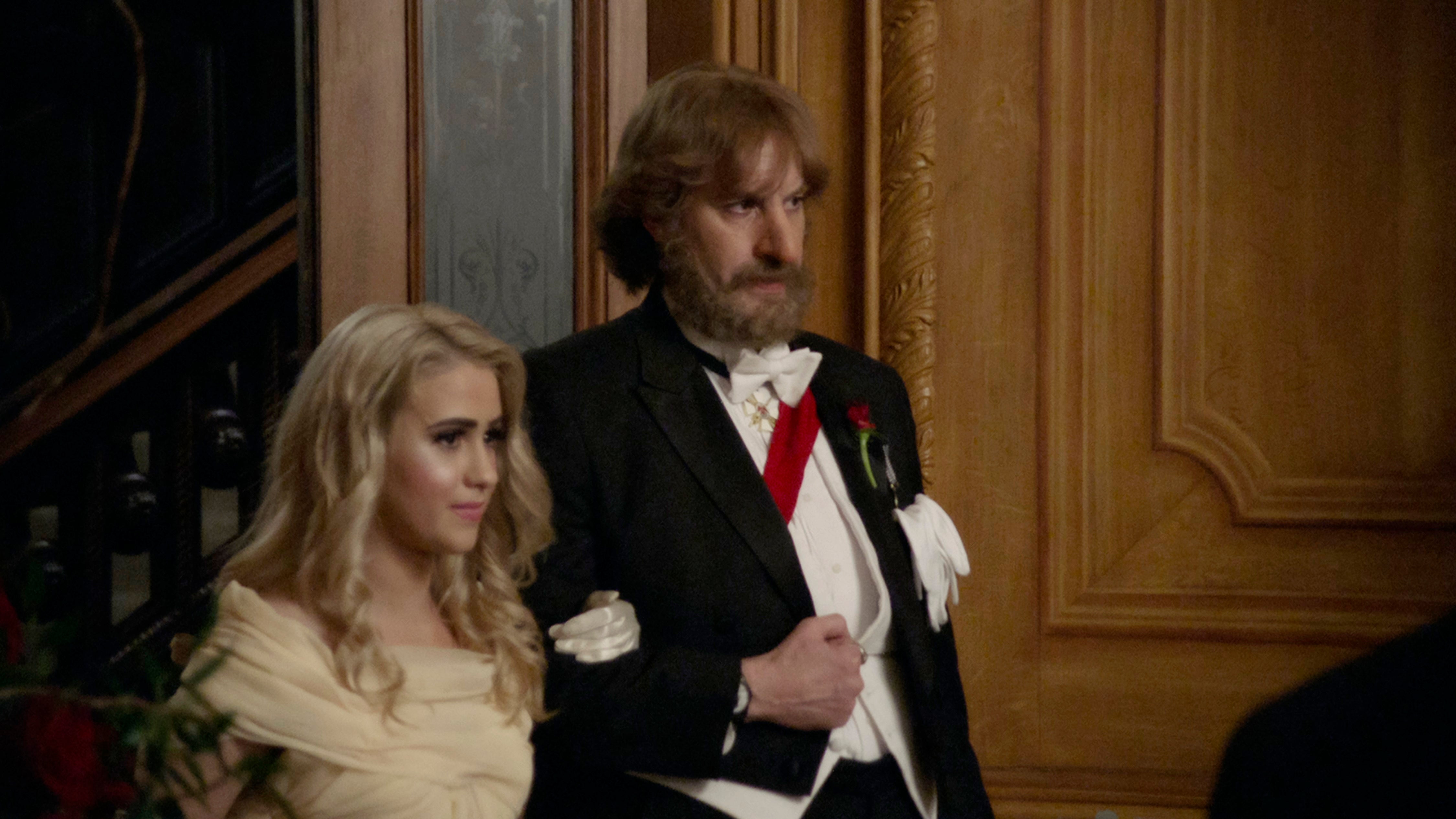 The former New York City mayor called police after that encounter, but there is no indication an investigation was launched. Giuliani spoke to the New York Post’s Page Six column about the incident in July, but did not mention the bedroom aspect of the encounter.

New York Times columnist Maureen Dowd, who profiled Baron Cohen ahead of the the film’s release, tweeted Wednesday about the scene: “It’s even wilder than it sounds. Beyond cringe.”

I’ve seen the Giuliani moment in Borat 2. It’s even wilder than it sounds. Beyond cringe.

Trolling those close to President Donald Trump is a central theme of the new “Borat” film, a sequel to the 2006 mockumentary that saw Baron Cohen’s character travel the United States, espousing sexist, racist and anti-Semitic views, and eliciting similar responses from unwitting subjects.

For “Borat Subsequent Moviefilm: Delivery of Prodigious Bribe to American Regime for Make Benefit Once Glorious Nation of Kazakhstan,” Baron Cohen returns as his alter-ego from Kazakhstan in a plot that involves trying to give his daughter as a gift to Vice President Mike Pence.

The closest Borat gets is the audience at the Conservative Political Action Conference, where he shouts to Pence that he’s brought a woman for him. Dressed in a Donald Trump costume and with Borat’s daughter, played by Bakalova, slung over his shoulder, Baron Cohen is swiftly escorted out by security.

That leads to a second scheme involving Giuliani that ends up in the hotel room scene.

Giuliani finalized his divorce from his wife of 15 years in December.

Baron Cohen has made a history of poking fun at conservative figures. For his 2018 Showtime series “Who Is America,” the British comedian got former Vice President Dick Cheney to sign a waterboarding kit. A sketch with former Alabama Chief Justice Roy Moore involved the comedian administering a “pedophile test.” Moore has sued over the encounter.

Visit 10 prospects the Celtics could consider at No. 45 in the 2021 NBA Draft

Visit ‘Hell on wheels:’ Experts predict a tough commute when most offices reopen this fall

Visit What we learned from Tom Brady's town hall, including Foxborough return 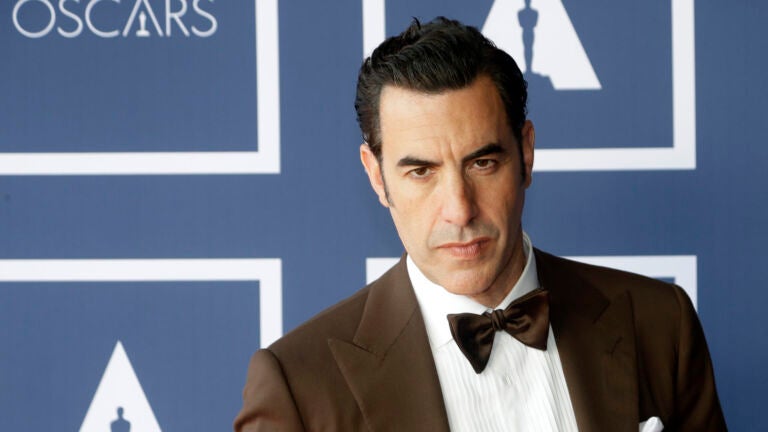