The decision this week to hold all of the district’s classes virtually as the citywide positivity rate hit 5.7 percent was referenced as the two sparred in the final presidential debate before the Nov. 3 election.

“You’ve demanded schools open in person and insist they can do it safely, but just yesterday Boston became the latest city to move its public school system entirely online after a coronavirus spike,” moderator Kristen Welker said to Trump. “What is your message to parents who worry that sending their children to school will endanger not only their kids but also their teachers and families?”

The president, who has long pushed for the country to reopen its classrooms and economy during the health crisis, said he still wants schools to reopen.

“We have to open our country,” Trump said. “We’re not going to have a country — you can’t do this, we can’t keep this country closed. This is a massive country with a massive economy. People are losing their jobs.”

He added later, “If you go and look at what’s happened to New York, it’s a ghost town…These are businesses that are dying, Joe.”

Welker: “You’ve demanded schools open in person & insist they can do it safely. But just yesterday, #Boston became the latest city to move its public school system entirely online… What’s your message to parents?”

Trump: “I want to open the schools.” #Debates2020 pic.twitter.com/buZhQqDls1

The vast majority of students have attended classes remotely since the school year began on Sept. 21, although classrooms had remained open for the district’s highest-needs students until Thursday. 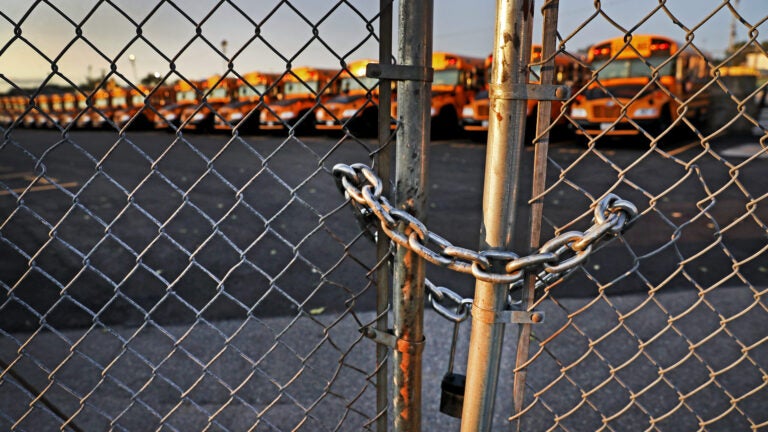