Differing from the last debate marred by interruption, the candidate’s microphones were muted during each initial two-minute answer allotment. Though much less frequent, interruptions still occurred, as well as smirks, frowns, and side-eyes from the candidates. While microphones can be muted, facial expressions aren’t as easily put to a halt.

The night started off with each candidate discussing the coronavirus pandemic and starkly demonstrated the candidates’ opposing views. Trump blamed China for the virus and reiterated his desire to reopen the country. Biden mentioned the grim death toll of 220,000 Americans and spoke of a safe re-opening plan, including implementing plexiglass barriers at restaurants and continued mask-use.

President Trump: “We’re learning to live with it.”

Later, the two sparred about taxes.

Joe Biden: “I have released all of my tax returns. 22 years. Go look at them…You have not released a single solitary year…What are you hiding?”

President Trump: “I called my accountants…I’m going to release them as soon as we can.”#Debates2020 #debates pic.twitter.com/TbEMiWGHWH

On the topic of race in America, Trump recalled his first time hearing of the phrase “Black Lives Matter” and claimed he was the “least racist in the room.” Biden said, “The fact of the matter is there is institutional racism in America.”

“I am the least racist person in this room,” Trump said when questioned about the Black Lives Matter movement. Biden says Trump is “one of the most racist presidents we’ve had in modern history.” https://t.co/aJW1HtQPyj pic.twitter.com/cR0Kd7Y5WY

Each candidate attempted to appeal to voters one last time on prime-time before many Americans head to the polls or mail in their ballot. So, we want to know, did they do it? Who do you think won the last debate, Joe Biden or Donald Trump? What moments stuck out to you? Let us know by taking our survey or emailing [email protected] and we’ll publish a roundup of what readers thought. 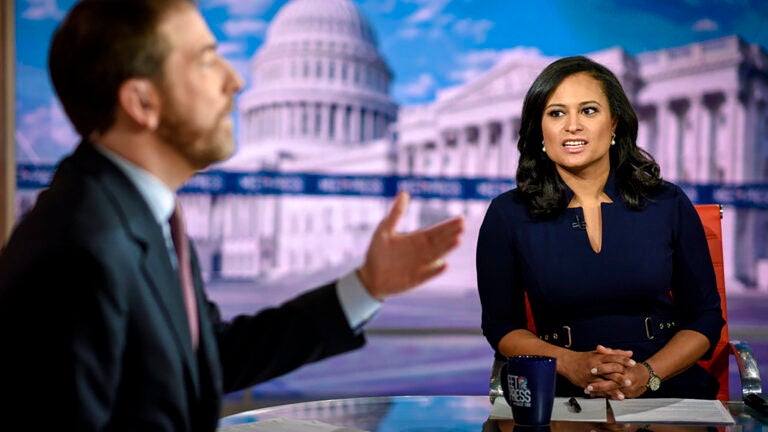 The first debate was a horror. The second was scrapped. Now it’s up to Kristen Welker.