Wall Street executives fretting that Democrats will sweep the White House and Congress can take comfort: Some of the Trump era’s most bank-friendly regulators might stick around no matter how the election goes.

The possible holdovers, who occupy powerful jobs at the Federal Reserve and other agencies, have months or even years left on their terms. Because they work at independent watchdogs that are supposed to be insulated from politics, they can resist pressure to step down, and a President Joe Biden would have almost no legal recourse to remove them.

From the Fed to the Federal Deposit Insurance Corp. to the overseer of Fannie Mae and Freddie Mac, these officials could at least temporarily block their fellow regulators from pursuing policy goals of Sen. Elizabeth Warren, D-Warren, and other progressives, whose wish lists include reinstituting tough financial rules that have been eased during Donald Trump’s presidency and facilitating more lending to lower-income borrowers. Federal agencies would be key to accomplishing such changes should partisan gridlock continue on Capitol Hill.

“Those people can stay in their jobs and be impactful,” said Tyler Gellasch, a former aide to a Democratic member of the Securities and Exchange Commission. “Executive branch agencies can turn over immediately, whereas the independent agencies have terms. It often slows things down,” added Gellasch, who runs Healthy Markets, a group that advocates for fund managers.

The state of the presidential race shows why Trump’s regulatory squatters are important to financial firms. Trump has consistently trailed Biden in national surveys. He’s now down 8 percentage points in the RealClearPolitics polling average and is also behind, but by narrower margins, in key battleground states less than two weeks before Election Day.

At the top of the list of influential Trump appointees who might stay on is Randal Quarles, the Fed’s vice chairman for supervision. He holds tremendous sway, both in determining the aggressiveness of day-to-day oversight of banks and in setting regulations that determine how much capital lenders must maintain as buffers against losses.

Since Quarles joined the Fed in 2017, the former executive at private-equity titan Carlyle Group Inc. has focused on streamlining Dodd-Frank Act rules, making changes that have saved U.S. banks tens of billions of dollars and rid them of many compliance headaches.

But his critics — Warren among them — contend the rollbacks have made the industry less resistant to the types of shocks that triggered the 2008 financial crisis. Quarles can stay in his job until October 2021, though a Biden victory would probably relegate him — along with Fed Chairman Jerome Powell — to playing defense against any fresh crackdown on banks.

“The Fed is a critical agency for an array of banking-related rulemakings,” said Gregg Gelzinis, a policy analyst at the Center for American Progress, a progressive think tank. “If Chair Powell and Vice Chair Quarles stay on for their full tenures, they could be a hindrance that stalls early momentum.”

FDIC Chairman Jelena McWilliams is in a similar situation, as she has the option of remaining atop the bank regulator until 2023. And Federal Housing Finance Agency Director Mark Calabria, a libertarian economist whose agency regulates Fannie and Freddie, has a term that extends into 2024, though the Supreme Court is slated to hear a case later this year that could make him more vulnerable to being removed.

Quarles declined to comment on whether he would stay on during a Biden administration. McWilliams and Calabria have both publicly said that they intend to finish their terms. The FDIC and FHFA declined to elaborate on their plans.

Calabria’s status demonstrates what’s at stake for financial firms. The FHFA makes decisions that directly impact mortgage rates and the prices on &#36;5 trillion of bonds backstopped by Fannie and Freddie. Hedge funds that own Fannie and Freddie shares arguably have the most to lose if Calabria is pushed out, because he is determined to release the companies from government control, a move that could enrich their investors. The Biden administration would be expected to go in a different direction.

The case that the Supreme Court is scheduled to hear in December will decide whether the president can fire the FHFA director at any time for any reason, as opposed to the current requirement that terminations be justified by cause. Earlier this year, the high court made it much easier for the president to remove the head of the Consumer Financial Protection Bureau, signaling the same may be in store for the FHFA. The FHFA and CFPB have almost identical structures, as both are led by a single director.

Trump’s presidency showed how effective squatters can be in slowing down regulatory agendas. The FDIC was led by Martin Gruenberg, who Barack Obama tapped to be chairman, for the first 17 months of the Trump administration. During that period, efforts to ease constraints on banks were often stymied because significant changes are traditionally approved jointly by the Fed, FDIC and Office of the Comptroller of the Currency.

Though Trump squatters may hinder efforts to rewrite regulations, there are other ways that incoming Biden watchdogs can make a dent, including through supervision of financial firms and fines for rule violations.

“The appointees will be very, very focused on what they can do quickly,” said Patricia McCoy, a Boston College law professor who specializes in financial regulation. “Setting new enforcement priorities can be done immediately.” 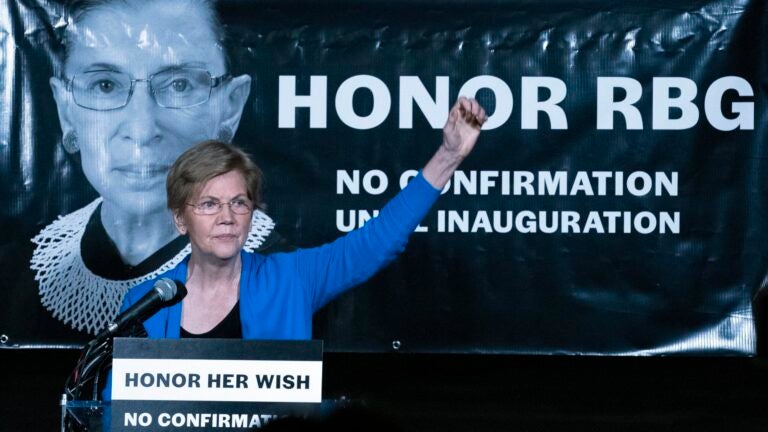