Amy Coney Barrett took her first oath as Supreme Court Justice late Monday, less than an hour after Senate Republicans confirmed her to the court.

Barrett is President Donald Trump’s third nominee to the court and will cement a conservative majority on the bench.

Justice Clarence Thomas, the longest-serving justice on the court, administered the Constitutional Oath to Barrett at a White House ceremony with the president by his side. Barrett will be able to serve on the court Tuesday after taking a second oath from Chief Justice John Roberts.

The White House swearing-in ceremony starts about 25 minutes into the video below: 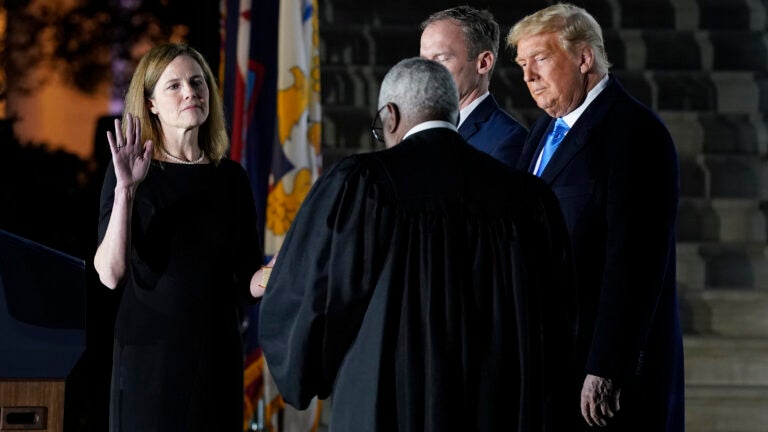