Kaela Bynoe, a medical student in Baltimore, had been checking the mail every day to see if her absentee ballot had arrived from her home state of Florida. But it never showed up, and she began to worry it would be too late for her to send it back before the state’s mail-in deadline.

So Bynoe, 23, made alternative plans: She spent &#36;600 on a last-minute flight to vote in person. Upon arriving in Fort Lauderdale on Sunday, she took an Uber straight from the airport to the nearest polling site, cast her ballot and turned right back around to catch a return flight to Maryland.

“If I hadn’t been able to get a flight, I would have driven down to vote,” Bynoe said in an interview with The Washington Post. “I don’t believe in being complacent. You should always exercise your right to vote.”

She is not the only one who has flown across the country to get to the polls. As absentee voters from Pennsylvania and other key states report not yet having received their ballots in the mail, a few like Bynoe have given up on waiting, taking matters into their hands instead.

Even if it is expensive and time-consuming, they say it is worth it. Amid a heated, divisive campaign season, a global pandemic that has complicated normal voting procedures and a flood of mail-in ballots inundating the U.S. Postal Service, some voters are going the distance – in this case, literally – to ensure their votes can be counted.

“People are increasingly desperate to cast their ballots because we’re almost to the point of no return,” said Bynoe, whose story was first reported by WTVJ. “No matter what a person’s political opinion is, I feel like we can all feel that creeping instability.”

As of Tuesday morning, at least 62.7 million people nationwide had voted, according to a Washington Post tally, hitting 133% of total 2016 early-voting numbers with a week left until Election Day. But amid concerns of delayed mail service and a Supreme Court ruling on Monday limiting one key swing state, Wisconsin, from extending the time to receive mailed ballots, many also are deeply worried about their votes actually getting counted.

One of those anxious voters was Bradley Bain, 23, a recent college graduate who flew home to Texas from Claremont, Calif., last week after he failed to receive a response from Dallas County election officials about his absentee ballot application.

Bain had managed to send an absentee ballot from California during the 2018 midterm elections with no issues, he told the Dallas Morning News. But when he showed up at a polling site for a local race in Dallas last year, officials told him an issue with his 2018 vote meant he could not enter the polls.

This year, after weeks of waiting in vain for his ballot to arrive – and faced with the prospect of an increasingly purple Texas swinging for the Democrats – he spent more than &#36;400 on a last-minute ticket home to cast his ballot in person on Oct. 20.

“It’s been such a saga just to figure out how to vote,” Bain told the newspaper. “I wasn’t going to waste my opportunity to do so.”

Hundreds of thousands of others may have faced similar issues. As The Washington Post’s Elise Viebeck has reported, more than half a million mail-in ballots were rejected in primary elections earlier this year across 23 states, for reasons ranging from missed delivery deadlines to missing signatures.

With ongoing court battles in North Carolina, Michigan and other battleground states over deadlines, plenty of voters may opt for an in-person trip to the polls instead.

“The one big difference between mail voting and in-person voting, is when you go in person, there is a team of people there who are customer service people,” Rachael Cobb, a political scientist at Suffolk University in Boston, told the Guardian.

Michael Fischer, a 56-year-old resident of Kirkwood, Mo., had never voted absentee before, he told the St. Louis Post-Dispatch.

But Fischer, who manages an infrastructure project at Grand Teton National Park, had relocated to Wyoming for several months this year and made arrangements to vote by mail months ahead of time. On Sept. 18, he emailed his absentee ballot application to the St. Louis County Election Board.

With no ballot in his mailbox as of Saturday, he called and followed up by email, he said, but never heard back.

Eric Fey, the county election board’s director, said Fischer’s application had been set aside by an employee who was unable to download the attachment due to the software format. Staffers are supposed to send a letter explaining issues like this one to a voter, Fey said, but Fischer said he never got one at his home in Kirkwood.

“All I can say is they were dealing with thousands and thousands” of applications, Fey told the Post-Dispatch. “Everything was good on Mr. Fischer’s end.”

Fey said the board would commit to the unusual step of sending his ballot to Wyoming by FedEx. But by then, Fischer had already spent &#36;785 on a round-trip ticket home, where he plans to drop off his ballot in person on Friday.

Bynoe had recently moved to Baltimore to attend medical school at Johns Hopkins University, she said, but chose to maintain voter registration where she grew up, in Broward County, Fla.

She had applied for her absentee ballot in early October, but never heard back. When she called county election officials on Friday to inquire about the status of her ballot, she said, they informed her that a misspelling on her registration had prevented them from sending it out.

A new one would reach her by mail within a week, they told her. But Election Day was fast approaching, and ballots in Florida must be received by Nov. 3. Her mail-in ballots for the 2018 midterm elections and the primaries earlier this year also never arrived.

“I didn’t want to risk the chance of it coming late,” Bynoe said. “I didn’t trust it to arrive, and I really wanted to vote this election, but I had to come straight back because medical school is a lot of work.”

So she crafted a plan, and less than two days later, she was driving to Baltimore-Washington International Marshall Airport before dawn to catch her 7:25 a.m. flight to Fort Lauderdale on Sunday.

After landing at about 10 a.m., she hailed a ride-share to a polling place a short drive from the airport. Rain meant the line was short, and a half-hour later, she had cast her ballot at the polls and taken a selfie with an “I Voted” sticker to document it. By 1 p.m., she was on her flight back to Maryland, reading up on muscle physiology for her medical school classes.

Though the whole ordeal set her back hundreds of dollars, Bynone said she has no regrets. The coronavirus pandemic, as well as President Trump’s responses to racial justice protests this summer, motivated her to head to Florida to vote for Joe Biden.

“Five hours of flying is more than worth it to prevent four more years of this president,” she said. 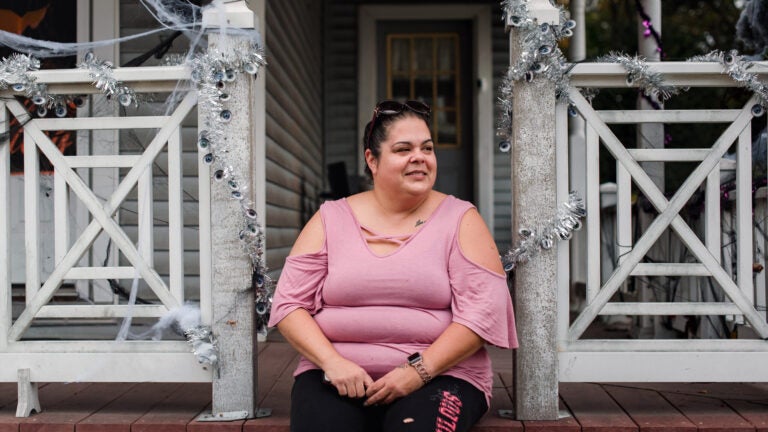 They did not vote in 2016. Why they plan on skipping the election again.