With Election Day just around the corner, Stephen King turned to Twitter Sunday night to offer a temporary farewell.

“I’m off Twitter until after the election,” King wrote, sparking a wave of comments from followers.

The author had posted about the foreboding 2020 General Election on Halloween night as well, saying “Damn, I’ll be happy when this election is over. (If it ever is.)”

In a video posted Sunday for Now This News, King elaborated on the comparisons he’s noticed between President Donald Trump and the fictional main antagonist — a politician whose rise to power would eventually bring on Armageddon — in his 1979 novel “The Dead Zone.”

“My worry at the time that I wrote ‘The Dead Zone’ was that somebody like Greg Stillson might actually get elected and rise through the ranks, become President of the United States, and start World War III,” he told the camera. “I know that American voters have always had a real attraction to outsiders with the same kind of right-wing, America-first policy. And if that reminds people of Trump, I can’t be sorry because it was a character that I wrote. It was a boogeyman of mine, and I never wanted to see him actually on the American political scene, but we do seem to have a Greg Stillson as President of the United States.”

Author @StephenKing predicted the rise of Trump 40 years ago — but he says the reality is scarier than anything he’s written pic.twitter.com/oZyuoQllXj

An interviewer can be heard offscreen asking “Do you think that the Trump presidency is scarier than a Stephen King novel?” Laughing, King responded, the “short answer to that is yes, I do. I do think it’s scarier.”

And as Americans head to the polls Tuesday, after millions have already mailed in their ballots due to the ongoing coronavirus pandemic, the Maine native urged everyone to “#VoteBlueToEndTheNightmare.” 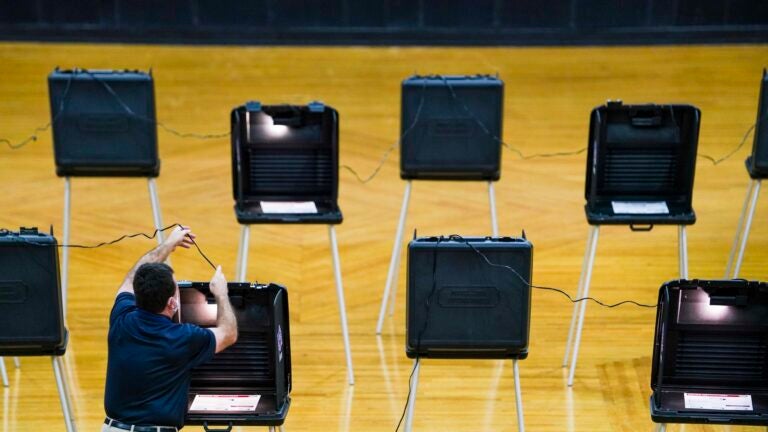 9 states to watch on election night