During a press conference Tuesday afternoon, Baker indicated for the first time that he did not vote for any candidate in the 2020 presidential race.

“I blanked it,” he said, when asked whether he voted for Biden.

Baker similarly voted for no one in the 2016 presidential race, explaining at the time that he couldn’t vote for Trump for “a number of reasons,” but thought then-Democratic nominee Hillary Clinton “had believability issues.”

During his 2018 re-election race, Baker described Trump as “outrageous,” “disgraceful,” and “a divider,” and has been a consistent critic of Trump’s rhetoric, immigration policies, and attempts to undo former President Barack Obama’s health care law.

Since the onset of the COVID-19 pandemic, Baker has also vented over the Trump administration’s mismanagement of the government response and even called out the president’s personal response to his own COVID-19 diagnosis. Perhaps most forcefully, Baker has criticized Trump for lacking “compassion and leadership” following the racal justice protests last spring and more recently called Trump’s refusal to commit to a peaceful transfer of power “appalling and outrageous.”

Last month, Politico reported that Baker was among several Republicans that the Biden campaign had discussed for a potential cabinet position if they were to win the election this week. In response to the report, Baker said he was “flattered to be considered,” but intends to serve out “at least” the remaining two years of his current term.

Baker, who said last week that he mailed in his ballot, did not elaborate Tuesday on why he wasn’t moved to vote for Biden.

While a number of former Republican governors, including Baker’s “mentor” Bill Weld, have publicly backed Biden, many of Trump’s currently elected intra-party critics, even in solidly Democratic states, have been more coy about their presidential votes. 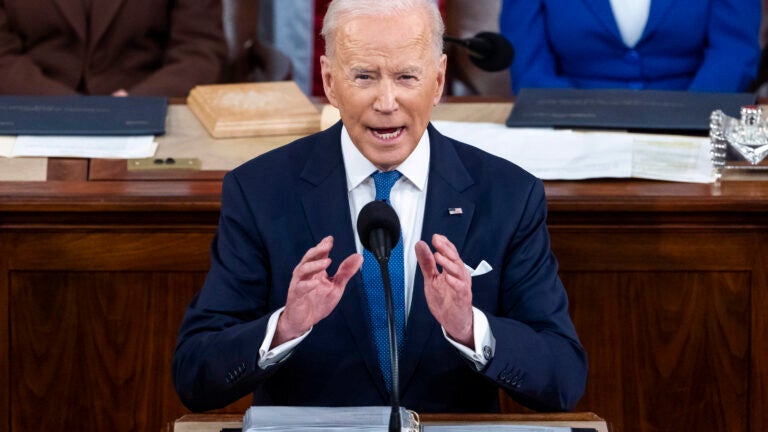