Massachusetts Secretary of State Bill Galvin says voters can expect an orderly Election Day on Tuesday with large turnout. Thanks to early and mail-in voting, about 49% of eligible voters had already voted when polls opened Tuesday morning — but voter turnout in 2016 was 69.6 percent in Massachusetts, so with this year’s turnout expected to be even greater, there are still plenty of folks headed to the polls. Check back through the course of the day for more images and video from the state’s polling places. Sen. Elizabeth Warren and her husband Bruce Mann check in with the poll workers before voting at the Graham and Parks School in Cambridge Tuesday. 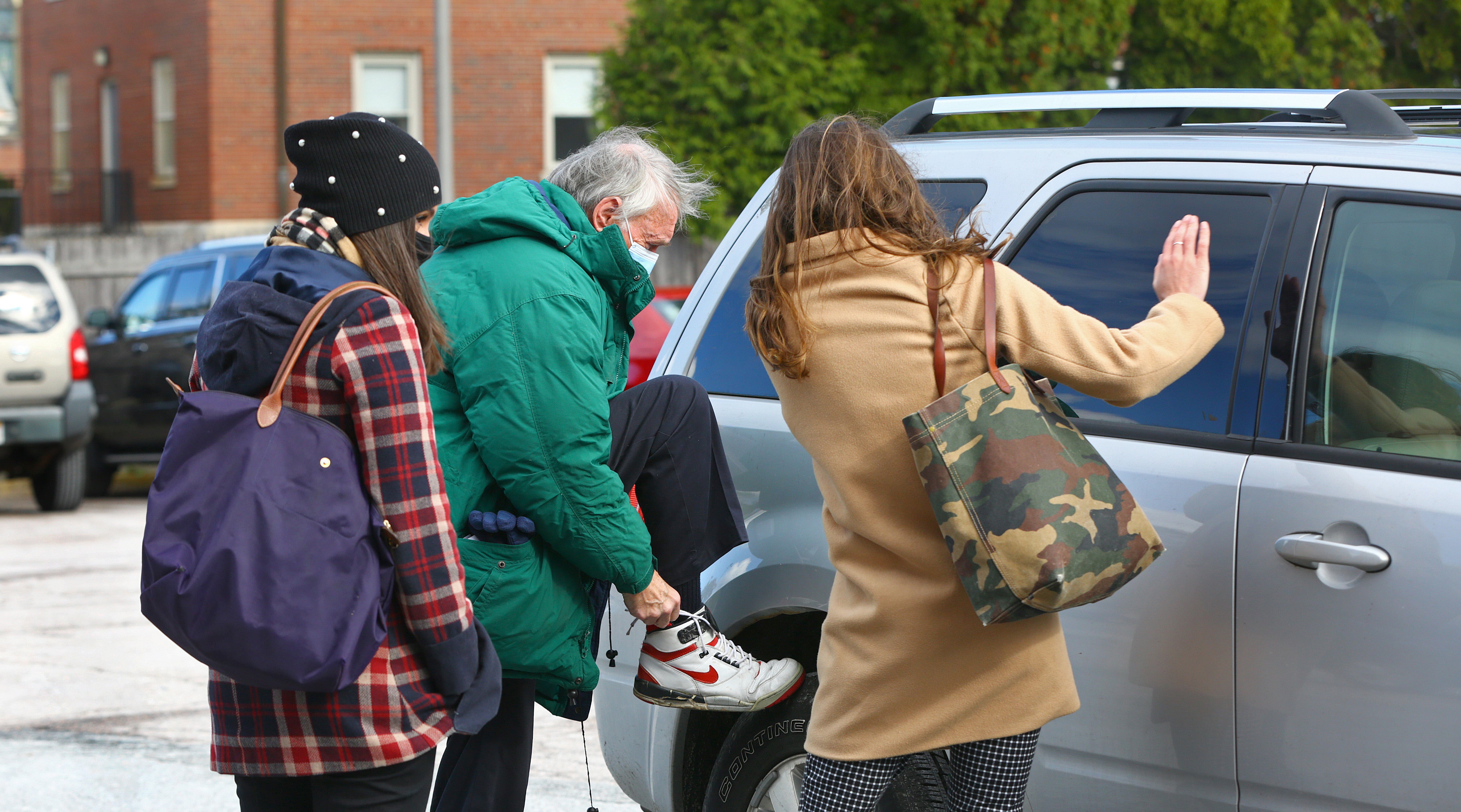 Sen. Ed Markey takes care of a clothing malfunction with his famous sneakers before crossing the street to visit the Lower Mills Branch of the Boston Public Library to greet voters and supporters. 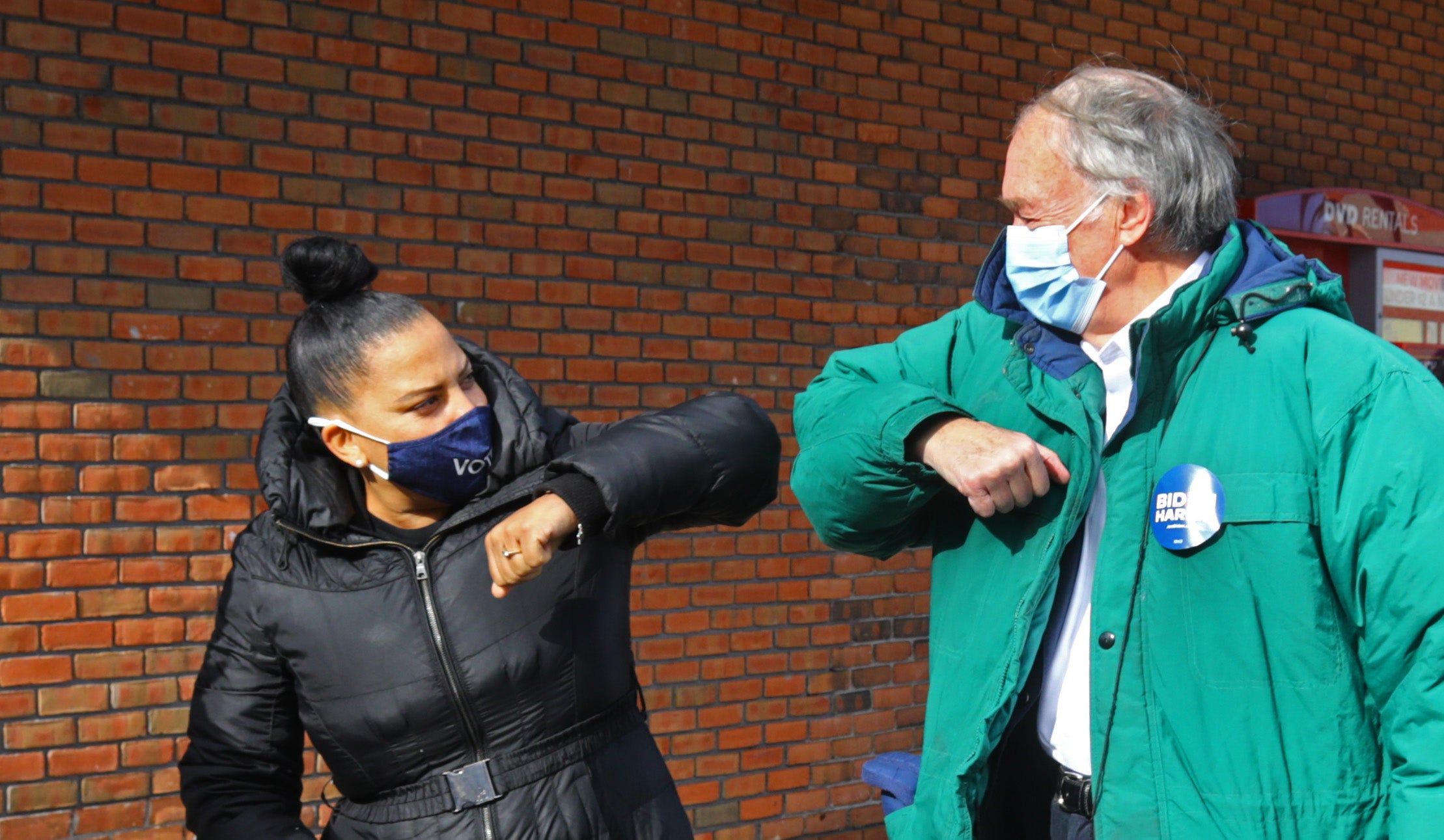 Sen. Ed Markey, right, greets Suffolk County District Attorney Rachael Rollins on his way to visit those assembled outside the polling location at the Lower Mills Branch of the Boston Public Library. Congresswoman Ayanna Pressley rallies with supporters of ranked choice voting outside the JFK School in Somerville on Election Day.

Look at this long line at the #EastBoston high school polling place!🤩 Moving fast & all masked up to #VOTE pic.twitter.com/wu1wA3f9xE

8:04 AM in Hyde Park and the line is around the block

Fun vibe at a polling location in East Boston. 🎶

One band member tells me he is out here to watch for voter suppression and to thank people for voting. @WBUR pic.twitter.com/b6oWHfs4cD

A voting under way at the Gustavino Room at the Boston Public Library. pic.twitter.com/mfMIGIDw35

Who says our people don’t turn out? ✊🏾 At 7AM, a line out the door to vote at Franklin Field. #Election2020 pic.twitter.com/e1HC7MJNBY

We had a line at the Condon !! pic.twitter.com/TFksMGqImK