Gov. Charlie Baker has recognized Joe Biden as the president-elect of the United States — and he says the rest of the Republican Party needs to as well.

During a press conference Tuesday afternoon, Baker said he was “dismayed to hear the baseless claims” from President Donald Trump, his campaign, and “many other elected Republican officials,” adding that the Justice Department’s move to allow federal prosecutors to investigate the unsubstantiated accusations — a policy reversal that results in the resignation of the agency’s top elections crime official — was “wildly inappropriate.”

“I can’t think of a worse time to stall a transition than amid a deadly pandemic that the federal government continues to own primary responsibility for responding to,” he said.

Baker said last week that Trump’s efforts to cast doubt upon the results of the election, after Biden took a lead in several swing states, were “damaging to democracy.”

After the race was called for the Democratic nominee this past Saturday, the moderate Republican governor, who “blanked” his presidential vote, broke with the majority of elected GOP officials to congratulate Biden as president-elect.

“If the Trump campaign has legitimate legal challenges, they should bring them to court, and the court should deal with those as quickly and as fairly as possible,” Baker said Tuesday.

“But I’m aware of no legitimate claims of wrongdoing anywhere near the scale it would take to effect this outcome, and there’s no credible third party entity that’s verified the President’s claims in any way,” he added. “Continuing to make these claims erodes trust in the system when, in fact, the election system is working exactly as it was designed to do.”

“Every campaign season we hear a lot about doing what’s best for the country,” Baker said. “And what this president is doing at this point in time is not in the best interest of this country. The administration needs to move forward and cooperate with the president-elect’s transition team immediately.”

Baker’s remarks came as his administration and local health care leaders warned Tuesday about rising hospitalizations due to COVID-19 — both in Massachusetts and across the country. The governor said that the Trump administration should be working with Biden’s transition team, rather than obstructing it. According to Baker, the post-election disputes will only make it more difficult for states moving forward to manage the second wave.

“We are at a very critical moment with respect to this nation’s response to this virus, and there isn’t guidance or direction or a consistent message coming from D.C.,” he said. “And that’s a problem.”

When asked his views about the party, Baker said he still believes in “many of the things that the Republican Party I support stands for.” But he called the widespread questioning of the election results by current GOP leaders, which is also occurring in his home state, “ridiculous.”

“One of the things I don’t believe people should stand for, if you’re any place in elected office, is this idea somehow that elections are only legit if you win,” Baker said. “And more and more of what I hear coming out of this conversation implies to me that some of this is just broad double standard, and nothing else.” 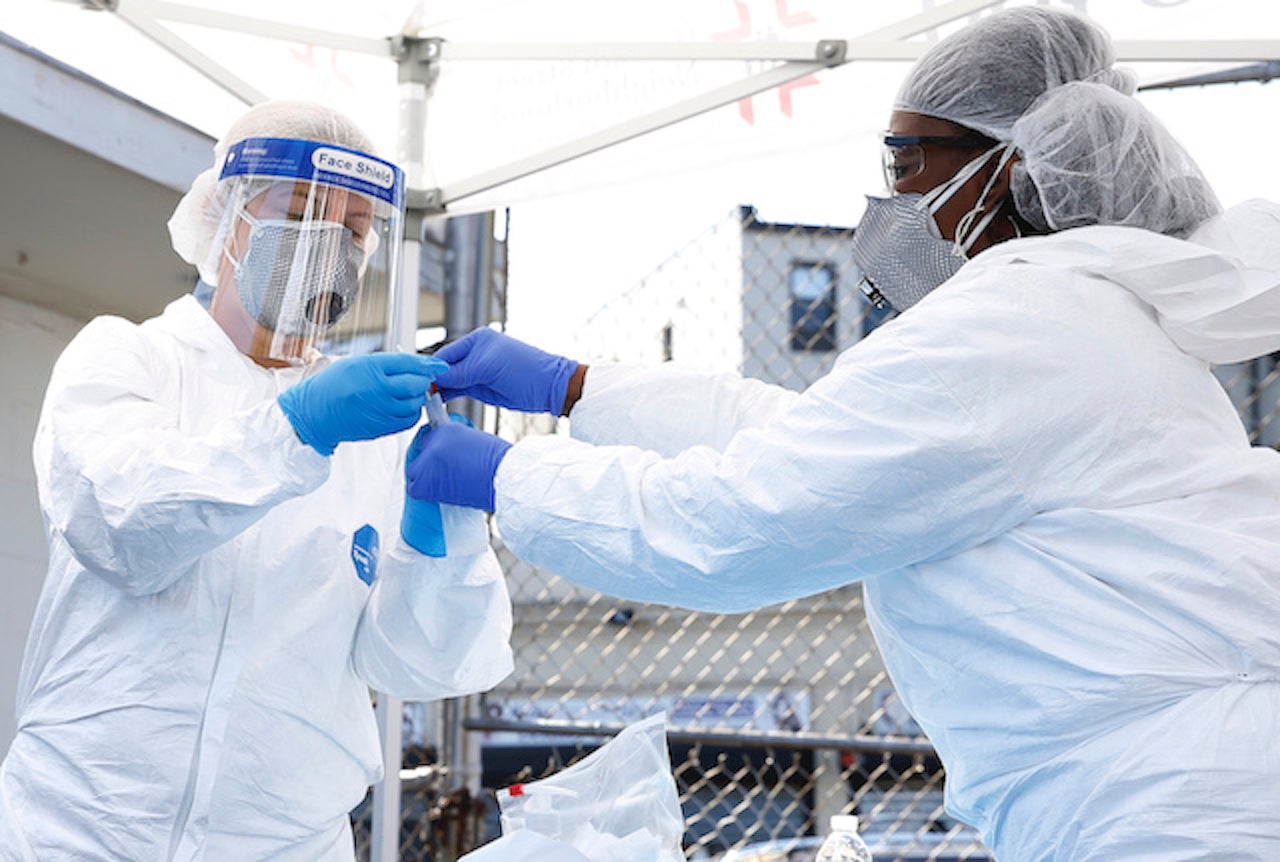 ‘We are entering the hardest days of the pandemic’: Doctors issue warnings about coming weeks, months for COVID-19