WASHINGTON – A week after the election was called for Joe Biden, hundreds of President Trump’s supporters descended on the nation’s capital Saturday to falsely claim that the race had been stolen from the man they adore – who soon decided to welcome them in person.

Shortly after 10 a.m., Trump drove down Pennsylvania Avenue in his motorcade, greeting hundreds of cheering protesters who ran to the side of Freedom Plaza and clambered to catch a glimpse. He smiled and waved from a car window as people filled the street to follow behind.

A group of women huddled around their phone, looking at a video they took of Trump’s appearance.

The demonstrators, who include white nationalists, conspiracy theorists and far-right protesters from across the country, began arriving Friday afternoon, where they found a White House surrounded by steel barricades adorned with a 15-foot-long, black and white sign declaring that he was not, in fact, the election’s winner: “LOSER.”

Just before sunrise Saturday morning, that and a matching sign – “FAILURE” – were taken down by federal officials from inside the fencing, according to two witnesses, including activist Nadine Seiler, who recorded the scene.

“Trump is still a loser!” she shouted.

After enduring months of protests over racial injustice that, in rare moments, exploded into fiery violence, Washington didn’t know what to expect from the day’s rallies. Would the Trump supporters number in the dozens or the hundreds? Would they protest peacefully, as some had promised, or would they start a “bloody fight,” as one of their leaders had suggested?

Bursts of hostility – mostly shouting and profanity – between conservative groups and counterdemonstrators had already started Friday, ratcheting up the anxiety in a city where many stores and offices remained boarded up. D.C. police made two arrests, charging a a 25-year-old from Virginia with threats to bodily harm and a 33-year-old from Hawaii with assaulting an officer.

“I may even try to stop by and say hello,” tweeted the president, who has refused to concede or allow a formal transition to begin.

The rallies, including a Women for America First event that received a permit from the National Park Service, are expected to start about noon at Freedom Plaza. “Million MAGA March,” “March for Trump” and “Stop the Steal” demonstrations are also planned but will likely face resistance from anti-fascist and anti-racist groups who intend to meet nearby.

Videos of a caravan of gun-toting demonstrators led by Infowars founder and conspiracy theorist Alex Jones circulated on social media late Thursday as the group made its way north through Richmond. Though Democratic Mayor Muriel Bowser said the city would support “peaceful First Amendment demonstrations,” the mayor warned out-of-town visitors against bringing firearms to the city, noting it has stricter gun laws than other parts of the country.

On Friday, after a week in which more than 750,000 Americans were diagnosed with the novel coronavirus, dozens of mostly maskless Trump supporters in red Make America Great Again hats showed up near Lafayette Square and tore down photographs from a memorial honoring Black men and women killed by police.

They were soon confronted by anti-Trump protesters, leading to an angry exchange before police officers on bicycles circled the plaza and the crowds dispersed.

“As I look at this scene right now, I can’t help but to think how much this is truly the personification of two Americas,” a Black Lives Matter D.C. activist said as she filmed the scene.

The rallies have garnered support from Trump campaign adviser Jason Miller as well as more fringe figures, including Enrique Tarrio, chairman of the Proud Boys; white nationalist Nicholas Fuentes, who marched in the deadly Charlottesville protest; and Jack Posobiec, who promoted the “Pizzagate” conspiracy that led to a 2016 shooting at D.C. pizzeria Comet Ping Pong.

A number of streets will be closed beginning 6 a.m. Saturday to accommodate the protests. 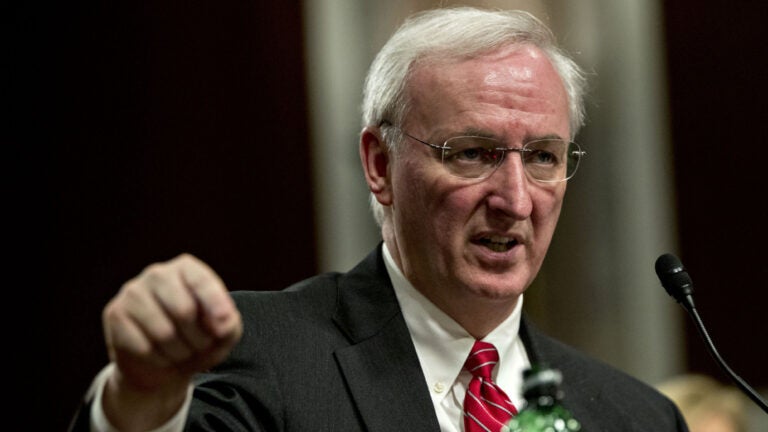