Five days after President Donald Trump pardoned his former national security adviser Michael Flynn, Fox News host and Trump ally Sean Hannity offered a suggestion on Monday about who the president should pardon next: himself and his family.

“The president out the door needs to pardon his whole family and himself,” Hannity said on his radio show. “I assume that the power of the pardon is absolute, and that he should be able to anybody that he wants to.”

During an interview with Trump advocate Sidney Powell, Hannity brought up a recent opinion article in the New York Times from Andrew Weissmann, a lead prosecutor in the investigation led by former special counsel Robert Mueller. The op-ed called for President-elect Joe Biden’s attorney general to “investigate Mr. Trump and, if warranted, prosecute him for potential federal crimes,” Weissmann wrote.

Hannity seemed to interpret the article as a warning to Trump.

“They want this witch hunt to go on in perpetuity,” he said, referring Biden and his advisers. “They’re so full of rage and insanity against the president.”

Hannity repeated the suggestion on Monday night during his primetime show on Fox News, once again bringing up Weissmann’s article.

“If that’s what they want to do — if Biden becomes president — I’d tell President Trump to pardon yourself and pardon your family,” Hannity said during an interview with former Republican House speaker Newt Gingrich.

Despite Hannity’s suggestion, it is unclear whether a president has the power to pardon himself. Asha Rangappa, a senior lecturer at Yale and a former FBI agent, wrote in The Washington Post that the move would be risky given that there has been no precedent. And by pardoning himself, Trump would essentially be admitting that he was guilty of one or many crimes, according to an analysis in The Post.

The nearest example would be President Richard Nixon, whose lawyers suggested he self-pardon in 1974. In response, the Justice Department issued a memorandum opinion to the deputy attorney general stating that the president’s pardoning power couldn’t be applied to himself. President Gerald Ford ultimately pardoned Nixon following his resignation.

Mark Greenberg, a professor of law and philosophy at UCLA, said that experts have varying opinions on the matter since no president has actually pardoned himself.

Greenberg, through his best interpretation of the law, told The Post that the Constitution doesn’t give Trump the power to pardon himself and his family. He added that the presidential pardon clause has restrictions, just like the majority of laws in the Constitution. By potentially offering a self-pardon, Trump would violate fundamental principles of American law, which includes conflicts of interest.

“The pardon power would also have unacceptable consequences if the president could pardon himself,” Greenberg said. “He’d be able to essentially commit extremely serious crimes and immediately pardon himself which would effectively put him above the law.”

The president also has a duty to make sure “take care that the laws be faithfully executed,” Greenberg said. “For him to interfere with the execution of those laws by, say, pardoning a family member seems it would clearly violate that duty,” Greenberg said.

Trump has been mulling over the option to preemptively pardon himself and his family since 2017, CNN reported, and became “obsessed” with the possibility. In 2018, the president tweeted that he had the “absolute right” to pardon himself, but added that it wouldn’t be necessary because he has “done nothing wrong.”

But even if Trump issued the pardons to him and his family, any legal challenge to his actions would only be taken if Biden’s Justice Department were to pursue an investigation and then bring charges, Greenberg said.

“If he’s never charged by a federal prosecution, then it would never come up and never be tested,” Greenberg said. 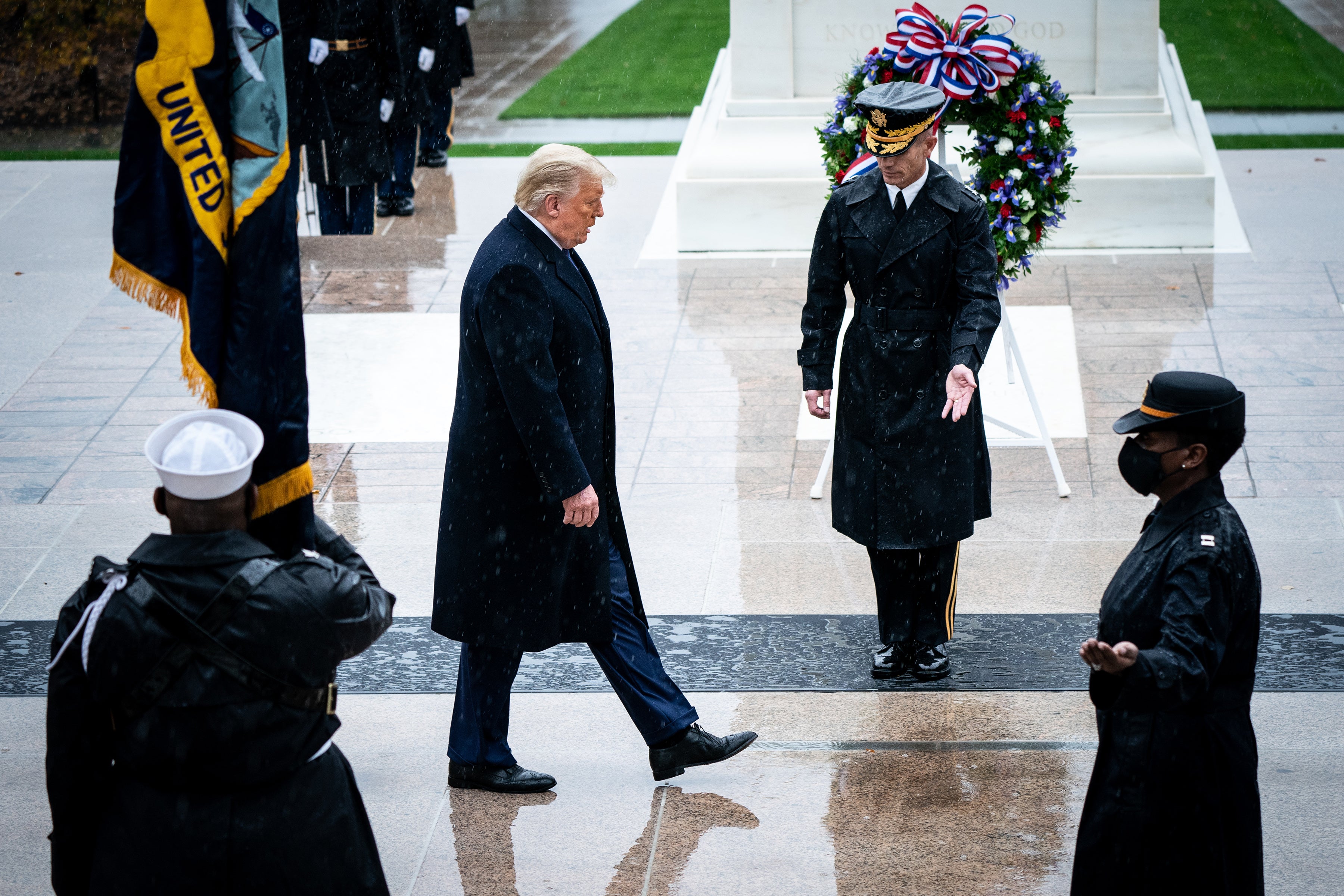 As soon as Trump leaves office, he faces greater risk of prosecution