The White House began the annual holiday party season on Monday afternoon, officials said, kicking off a spate of indoor holiday parties that commemorate various religious traditions over the season.

While many public health professionals have asked Americans not to congregate in large group settings and avoid travel over the holidays because of the coronavirus pandemic that has killed more than 266,000 Americans and infected 13 million more, the White House is expected to throw more than a dozen indoor parties, including a large congressional ball on Dec. 10, officials say.

The parties will be paid for by the Republican Party, a person with knowledge of the planning said, and will cost millions of dollars.

The president and the first lady are determined to have a final holiday season in the White House, officials said, and concerns about spiking cases and deaths across the country have not stopped the events. Many of the administration’s supporters have taken a skeptical view of the restrictions over the virus and are choosing to attend, officials said.

Early Tuesday, Stephanie Grisham, a spokeswoman for the first lady, said protocols will be taken to protect guests at the parties.

“This includes smaller guest lists, masks will be required and available, social distancing encouraged while on the White House grounds, and hand sanitizer stations throughout the State Floor. Guests will enjoy food individually plated by chefs at plexiglass-protected food stations. All passed beverages will be covered. All service staff will wear masks and gloves to comply with food safety guidelines. Attending the parties will be a very personal choice,” Grisham said.

Across Washington, many trade associations, groups and other political entities are not having a holiday party this year, because of concerns about spreading the deadly virus. Millions of families across the country have also canceled their plans to gather together in large groups.

One White House ally said he had been invited to two parties already, while another said a formal invitation included no guidance on masks or social distancing. The events celebrate Christmas, Hanukkah and other religious holidays, and the invitees include donors, lawmakers, senior staffers on Capitol Hill, family members of White House aides, and prominent conservative supporters. The president and first lady Melania Trump usually make an appearance at such events, officials said.

The parties are a bipartisan annual tradition, and many guests residing outside Washington visit the city for the fetes. At least two White House allies from outside Washington said they’d been invited to parties this year. There is considerable interest among Republicans on Capitol Hill in attending the parties, a senior Republican aide said.

Some of the events are tours, while others are formal receptions with food and drink offerings. There will be two parties a day on some days, officials said.

Many of the guests in the White House were wearing masks on Monday, officials said, but some were not.

“What we expect, unfortunately, as we go for the next couple of weeks into December, is that we might see a surge superimposed on the surge we are already in,” Fauci said. “I don’t want to frighten people, except to say it is not too late to do something about this.”

Fauci also floated some additional restrictions he said the country might have to consider. “We are going to have to make decisions as a nation, state, city and family that we are in a very difficult time, and we’re going to have to do the kinds of restrictions of things we would have liked to have done, particularly in this holiday season, because we’re entering into what’s really a precarious situation,” he said.

Fauci and other public health officials have touted a coming vaccine to encourage people to be careful this holiday season.

Trump has said he would oppose restrictions such as a shutdown and has not resisted attending large events, even after contracting the virus himself.

A number of events at the White House have previously been linked to coronavirus outbreaks, including a ceremony for Supreme Court Justice Amy Coney Barrett’s nomination and an election night party. Besides the president, dozens of White House aides, including the chief of staff, the national security adviser and the press secretary, have contracted the virus.

Aides say the handling of the virus is one of the primary reasons Trump lost the election. 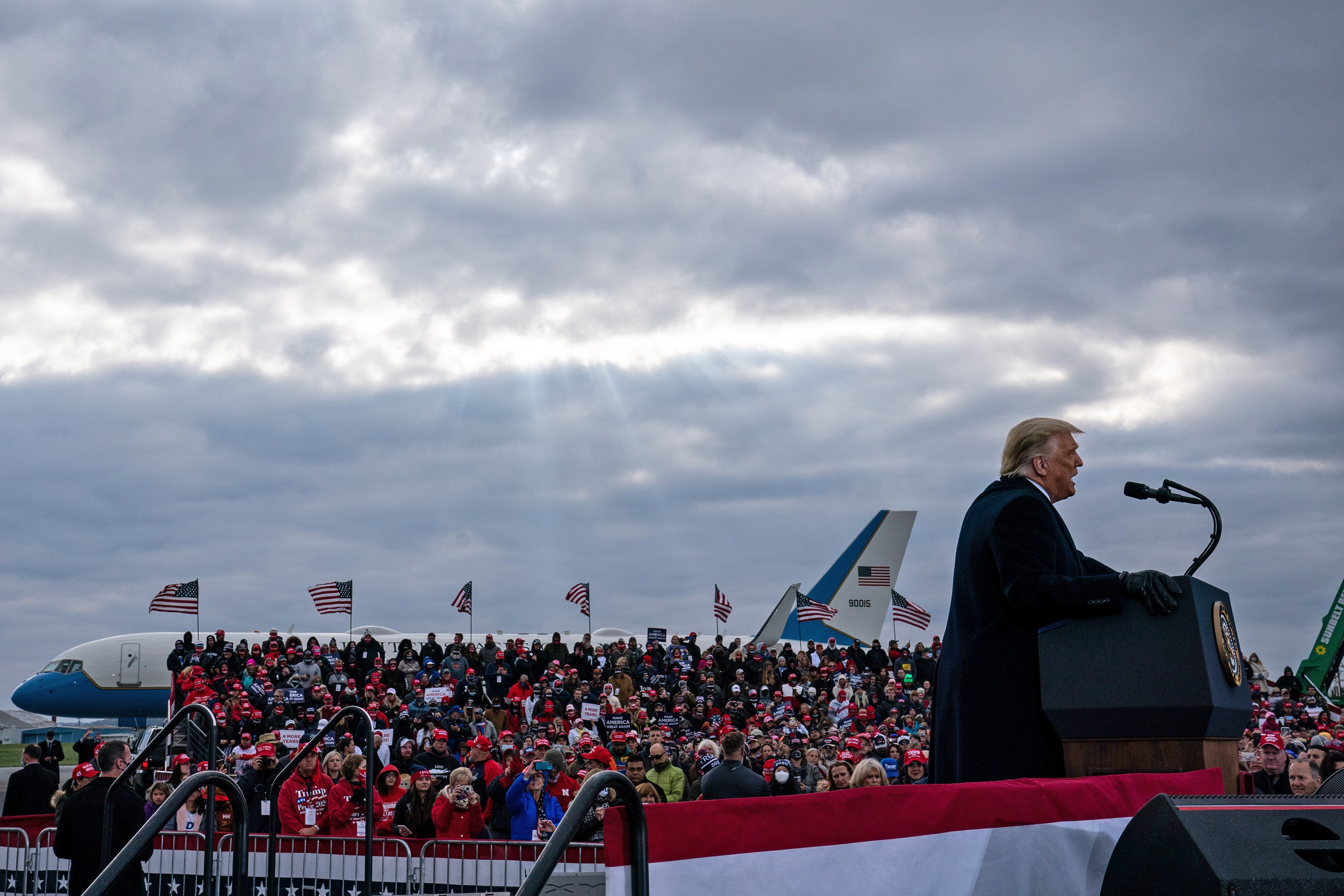