Rep. Joe Kennedy III put a period Wednesday on his time in Congress, cut short after an unsuccessful jump to the Senate.

In a farewell speech to the House of Representatives, the Massachusetts congressman sounded a bittersweet note.

“I leave this body proud and hopeful, because here is what I know — that we are a complicated and messy country,” Kennedy said, remarking upon the contradictions of a country that was founded on the principles of liberty and equality, but has struggled to extend those rights beyond rich, white men.

“We are in this mess together, whether we like it or not,” he said. “Our arc isn’t clean, but it is clear — that each generation expands that definition of ‘we.’ We suffer setbacks, get pushed off track, and sometimes can’t feel that progress. We fight amongst ourselves. But still, generation after generation, we expand.”

Just gave my farewell remarks to Congress on the House Floor.

It’s been the honor of a lifetime. Thank you. pic.twitter.com/mgRv1UIqPg

After losing his primary challenge against Sen. Ed Markey, the Newton Democrat is leaving the House after four terms — meaning that 2021 will be one of only a few years since 1946 that there will be no Kennedys in Congress. In an interview Tuesday with WPRI, the 40-year-old said he had no regrets about the race, which Markey — a 74-year-old longtime congressman-turned-senator from Malden — won by more than 10 percentage points.

While he looked forward to spending more time with his wife and two young kids, Kennedy also didn’t completely shut the door on retuning to public office.

“I’m not sure,” he told WPRI. “If those opportunities come up again, we’ll evaluate them when they do. I wouldn’t say never to anything.”

In his speech Wednesday morning, Kennedy blasted the fact that the “richest nation on Earth is somehow plagued by scarcity” as a failing of government leaders.

Kennedy said that people who “feel unseen, unheard, and unrepresented” and are “the most in need of assistance and protection … have been told by their government that there is no room for money or time or will — that that injustice is a reality etched in stone, rather than a deliberate choice by those in power about who is worthy and who is not.”

“I hope that, in the months and years ahead, this body can help change that,” he added.

On a personal note, Kennedy said he had come a long way since getting lost in a Capitol Hill parking garage on one of his first days as a congressman.

“Luckily, things have mostly improved from there,” he said.

Kennedy fondly recalled the opportunity he had working alongside “giants that I grew up idolizing” like the late Rep. John Lewis, as well as delivering the Democratic response to Republican President Donald Trump’s first State of the Union address. Kennedy also said he was grateful to his constituents in the 4th District.

“My proudest moments were when you allowed me to bring your voice to this chamber, when I could carry what you felt in Taunton or Attleboro or Fall River or Milford to this floor,” he said.

Kennedy thanked his wife, Lauren, for her support and sacrifices.

“Ellie and Jane said Dad has breakfast, bath, and school drop-off duty for the next 15 years or so,” he said. 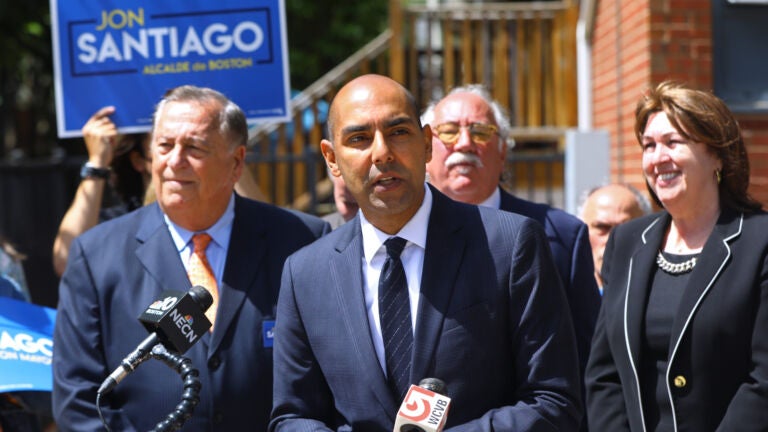