Gov. Charlie Baker said Monday that he hopes the efforts by fellow Republican elected officials to challenge the results of the presidential election “fail” this week, questioning the reasoning and logic behind the purported attempt to keep President Donald Trump in power.

“I think the noise and accusations and commentary about challenging this or that is an affront to democracy — and to the voice of the people who turned out in record numbers in this election to support a whole bunch of candidates, up and down the ticket,” an increasingly agitated Baker said a during press conference on the coronavirus pandemic Monday afternoon.

“For the life of me, I can’t figure out how people in my party can say all the other elections in which their folks barely won were fine and the only one that they seem to have any concerns about is the one at the top of the ticket,” he continued. “And it is my hope that these initiatives fail and the electors do the right thing.”

However, the governor’s comments come ahead of a planned vote Wednesday to certify in the Electoral College, which is being challenged by a dozen GOP senators and more than 100 representatives.

For multiple reasons, the last-ditch challenge —  based on unsubstantiated claims of widespread voter fraud — seems unlikely to succeed, despite support from Trump and Vice President Mike Pence. It has also been criticized by some Republicans as an unworkable ploy motivated by personal ambitions of GOP politicians looking to appeal to the president’s base.

Baker, who says he chose not to cast a vote in the 2020 presidential election, has repeatedly criticized Trump’s refusal to accept defeat to Biden. During the press conference Monday, he alluded to the fact that nearly 60 Republican-backed court challenges to the election results have been dismissed due to lack of evidence or standing.

Baker also stressed that the country “desperately” needs an “orderly transition” of power amid the national COVID-19 pandemic and rollout of a vaccine, which he said has faced expected bumps in the early stages.

“I just finished 20 minutes of Q&A with you all about the largest and most significant and potentially life-saving vaccine rollout in U.S. history,” Baker told reporters at the State House. “I think everybody at this point in time would say it can’t happen fast enough … that, in my view, is where our colleagues at the federal level should be focusing their time and their attention.”

“Doing everything they altogether possibly can to make sure that every vulnerable American, every health care worker, every long-term-care, every long-term-care staff member, and everybody else gets access to those two doses as soon as is practically possible,” he continued. “That should be the focus right now of what our colleagues in Washington are up to, in my view.” 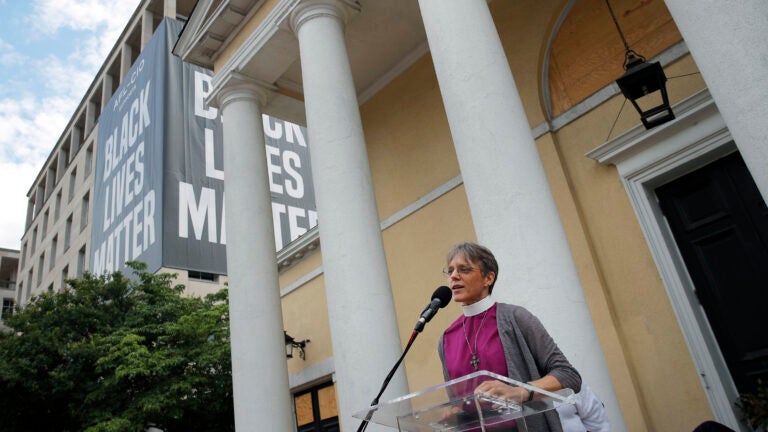