Massachusetts Rep. Katherine Clark is calling out the stark difference in the way her colleague, Rep. Cori Bush of Missouri, was treated for condemning white supremacy in a speech on the House floor this week.

Both Clark and Bush spoke Wednesday during the House vote on the second impeachment of President Donald Trump for his role in inciting his supporters to breach the Capitol in a violent attack that left five people dead. The House ultimately voted 232-197 to impeach Trump for a historic second time.

In their remarks, both Clark and Bush condemned white supremacy as being at the center of the assault on the Capitol. After Bush finished speaking, boos rang out in the chamber — a response that did not follow Clark’s speech.

What does it mean when they boo the Black congresswoman denouncing white supremacy?

I wonder if any of the members who booed me for denouncing white supremacy are the same ones I’m working to hold accountable for trying to overturn the election and inciting the insurrection.

Clark, who is assistant speaker, addressed the issue head-on.

“On the House floor, my colleague @CoriBush and I both called out the white supremacy at the root of the attack on our democracy,” she wrote. “She was booed. I was not. The difference is skin color.”

On the House floor, my colleague @CoriBush and I both called out the white supremacy at the root of the attack on our democracy. She was booed. I was not. The difference is skin color. https://t.co/N14sqLxvfu

Their colleague, Massachusetts Rep. Ayanna Pressley, also noted the disparity between the way the two women were treated.

“The 117th Congress must understand that we have a mandate to legislate in defense of Black lives,” she said. “The first step in that process is to root out white supremacy starting with impeaching the white supremacist-in-chief.”

As she left the podium after speaking, she was booed.

“The truth is President Trump incited a violent attack against the United States government,” she said. “The truth is, President Trump spent his presidency inflaming hate, white supremacy, antisemitism, and violence. The truth is he was enabled by all those who perpetuated the lie that the most secure election in our nation’s history was stolen.”

Suffragist & abolitionist Lucy Stone said: “If we speak the truth fearlessly, we shall add to our number those who will turn the scale to the side of equal and full justice in all things”.

The truth is Donald Trump incited an attack on America and for it, he must be impeached. pic.twitter.com/d7NiL2T4X5

The House could send the approved article of impeachment, which charges Trump with “incitement of insurrection,” to the Senate early next week. The impeachment trial is not expected to be held until after Trump leaves office. 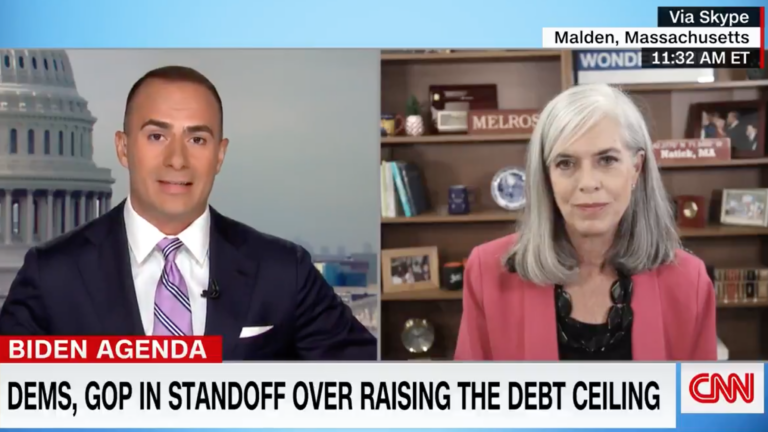