The matter is under review by the House Administration Committee — an investigation that comes amid calls from Congressional Democrats seeking answers to why the building was overrun by the mob and whether rioters were assisted from within the Capitol building, The Boston Globe reports.

“The American people do deserve to know if these assailants were at all enabled by the very people who are responsible for stopping them and how we can ensure that attacks like this will never happen again,” Pressley told the newspaper.

“Congress needs to immediately launch comprehensive, transparent investigations into what happened, and how our law enforcement agencies failed to protect the Capitol and members of Congress,” she said.

Earlier this week, Sarah Groh, Pressley’s chief of staff, told the Globe that staffers discovered during the riot that the panic buttons in their office — which they had used before — “had been torn out.” It was unclear why or when they were removed.

Pressley “found it immediately disturbing,” she said, when she learned the buttons were no longer there.

“Not wanting to rush to any sort of judgment or conclusion…. my chief [of staff] began the necessary running it through the proper channels to better understand why that was the case, and again, now the matter is being investigated by the relevant agencies,” Pressley told the newspaper.

Freshman Rep. Jamaal Bowman, of New York, said his office also did not have panic buttons, which were ultimately installed this week.

The Globe‘s requests for comment from Capitol Police and the House Sergeant of Arms were not answered. A House Administration Committee aide told the newspaper the matter was under review. 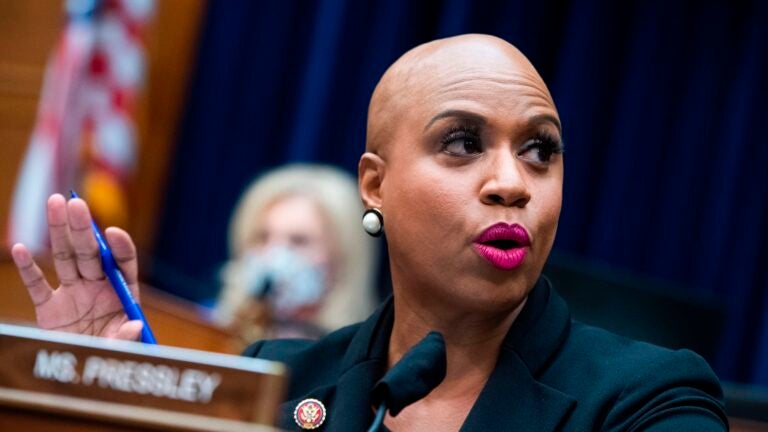 Panic buttons in Ayanna Pressley’s office had been ‘torn out’ before the Capitol riot, chief of staff says