Sources told the Globe that a search committee set up by Massachusetts senators Elizabeth Warren and Ed Markey has settled on four finalists, including Rollins. President-elect Joe Biden will be the one to ultimately appoint the position along with every other U.S. attorney, who represent the federal government in the country’s 94 district courts.

The head of the search panel told the Globe that the finalists were chosen before Rollins drew controversy for an alleged road rage incident on Christmas Eve. Massachusetts Attorney General Maura Healey recently launched a review of the citizen complaint, which alleges that Rollins flashed her blue lights and threatened a woman as they were both trying to leave the South Bay Shopping Center.

She later lashed out at a news crew that showed up at her house to ask about the incident in an unmarked vehicle. They arrived two days after right-wing extremists stormed the U.S. Capitol and threatened the lives of elected officials. Rollins, a Black woman who ran on a progressive platform of criminal justice reform, frequently draws ire from local conservative media and bloggers, which widely publicized the alleged road rage incident.

The current U.S. attorney for Massachusetts is Andrew Lelling, who was appointed by President Donald Trump in 2017. Lelling, who has implied an interest in running for elected office, led the prosecution in the college admissions bribery scandal that was unearthed in 2019.

Gov. Charlie Baker would appoint a replacement for the Suffolk district attorney if Rollins does get appointed by Biden. The term expires in 2022. 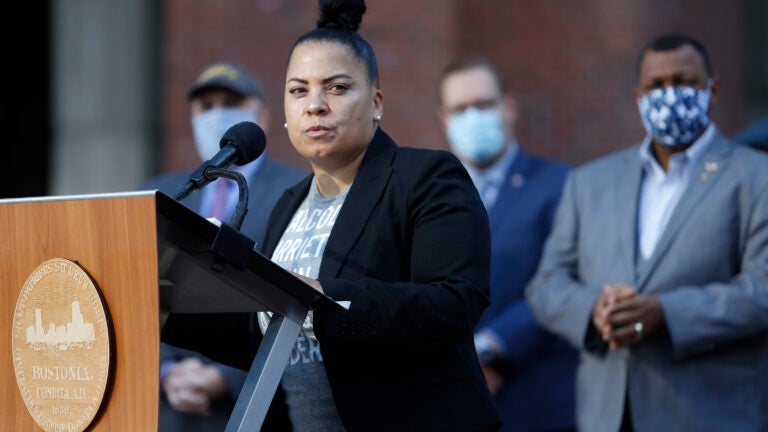 Rachael Rollins says she’s been approached about being the next U.S. attorney for Massachusetts