In the final hours of his presidency, Donald Trump boarded Marine One at the White House — long before his successor, Joe Biden, took the oath of office later Wednesday morning. 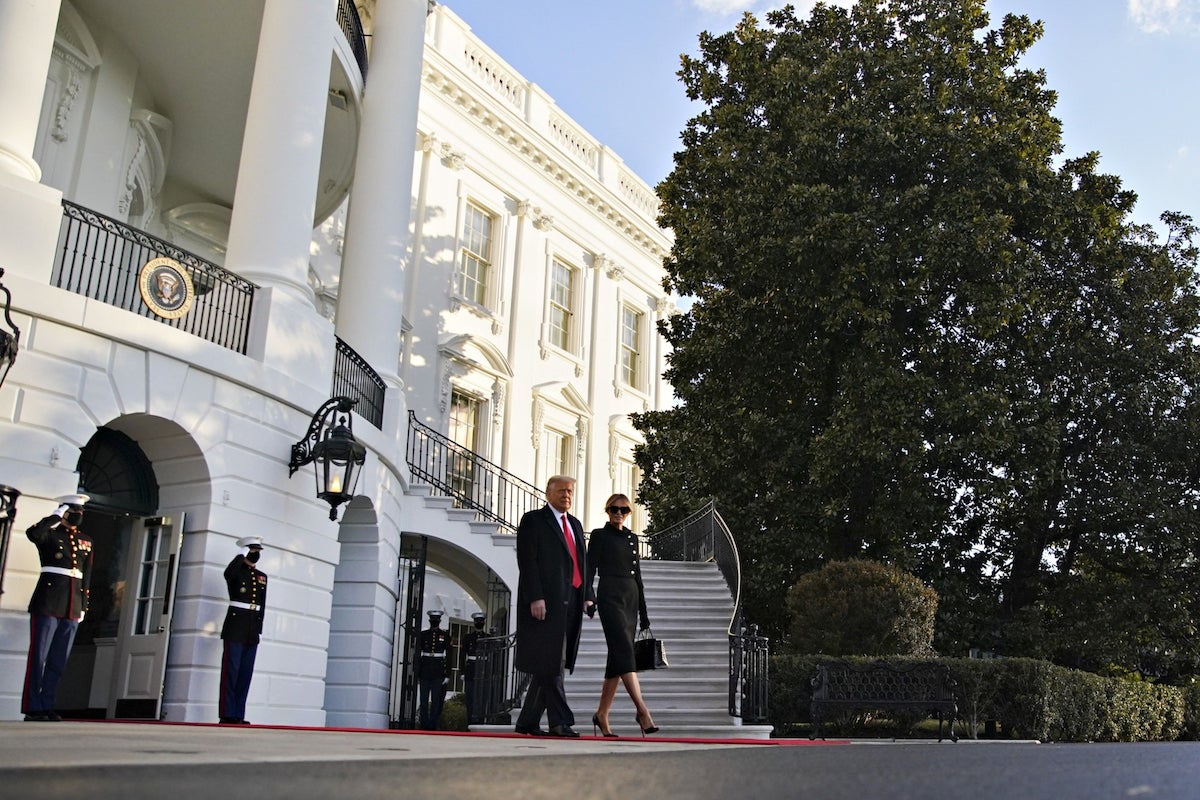 Trump and first lady Melania Trump exit the White House before boarding Marine One on the South Lawn. 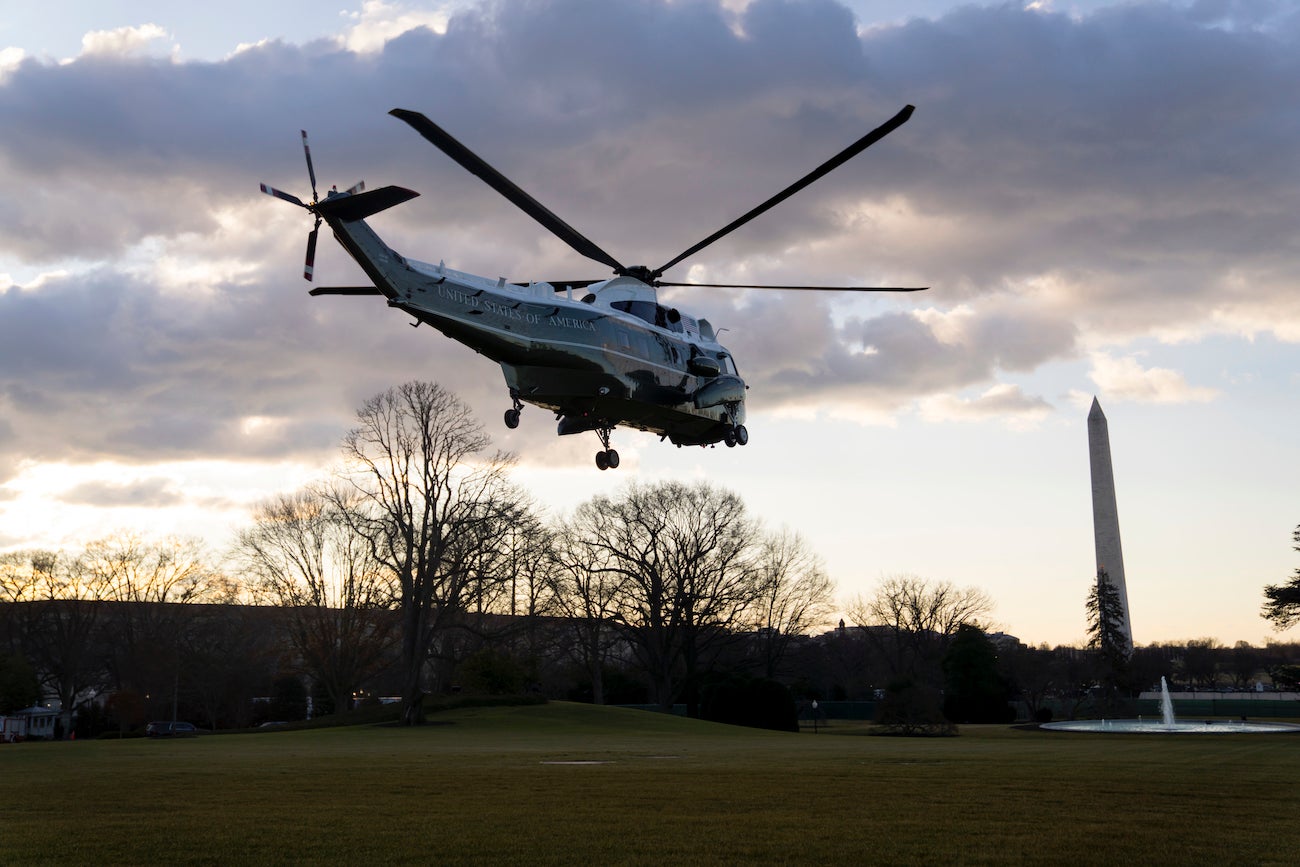 Marine One with Trump and Melania Trump aboard departs the White House.

At Joint Base Andrews in Maryland, where Air Force One was waiting for him one last time, Trump addressed a crowd of supporters and made mention of a possible comeback.

“So just a goodbye. We love you,” Trump said. “We will be back in some form.” 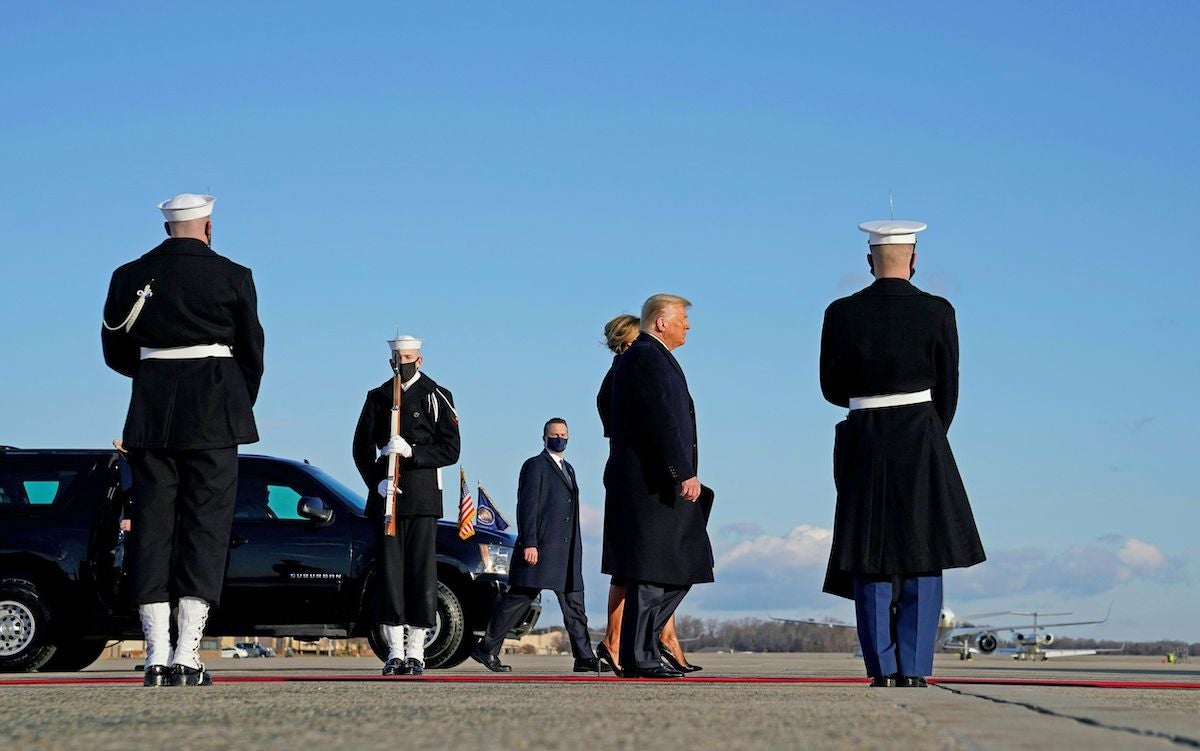 Trump and Melania Trump descend Marine One as they arrive at Joint Base Andrews in Maryland. 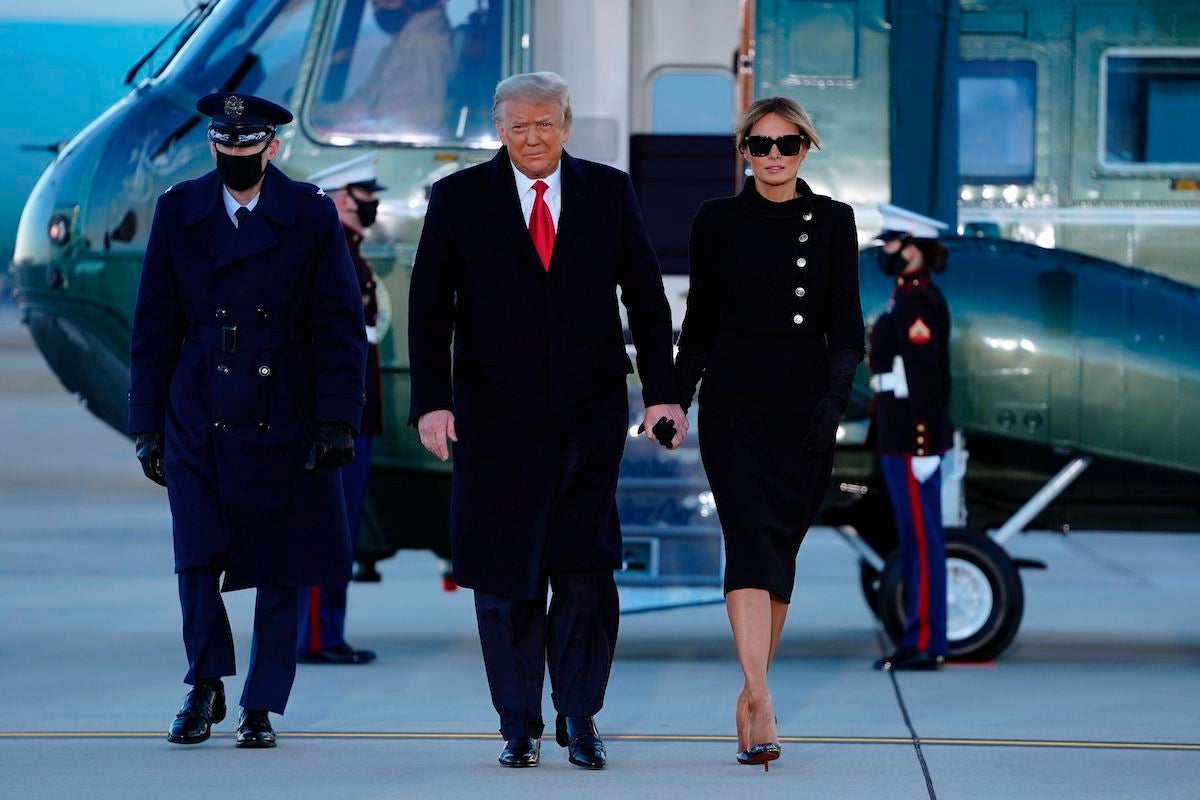 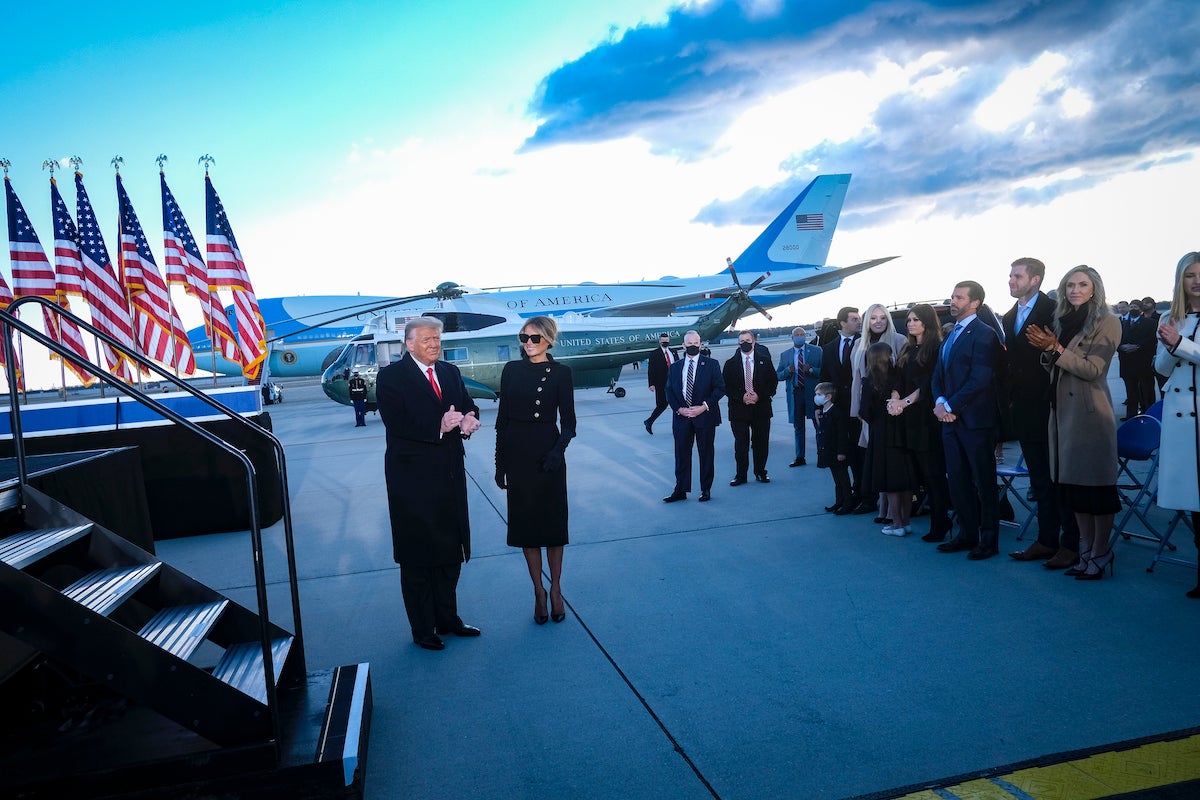 Trump speaks to supporters at Joint Base Andrews before boarding Air Force One for his last time as president. 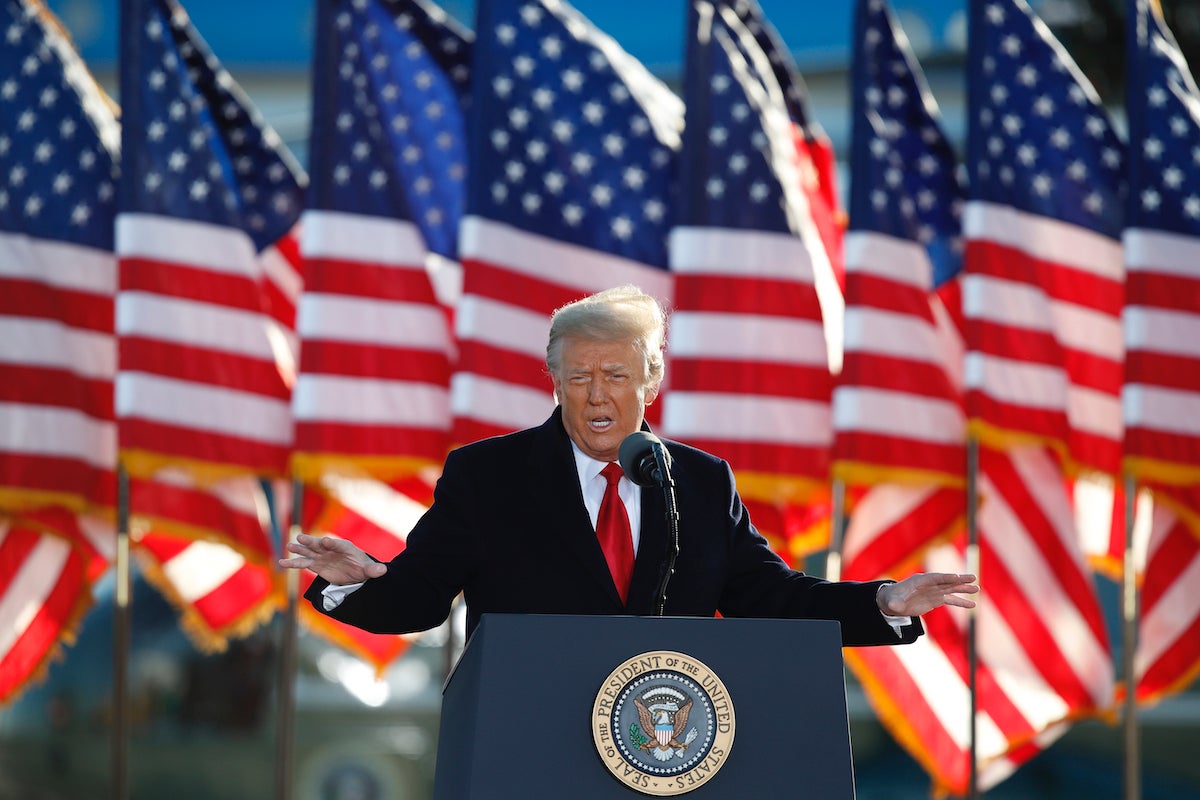 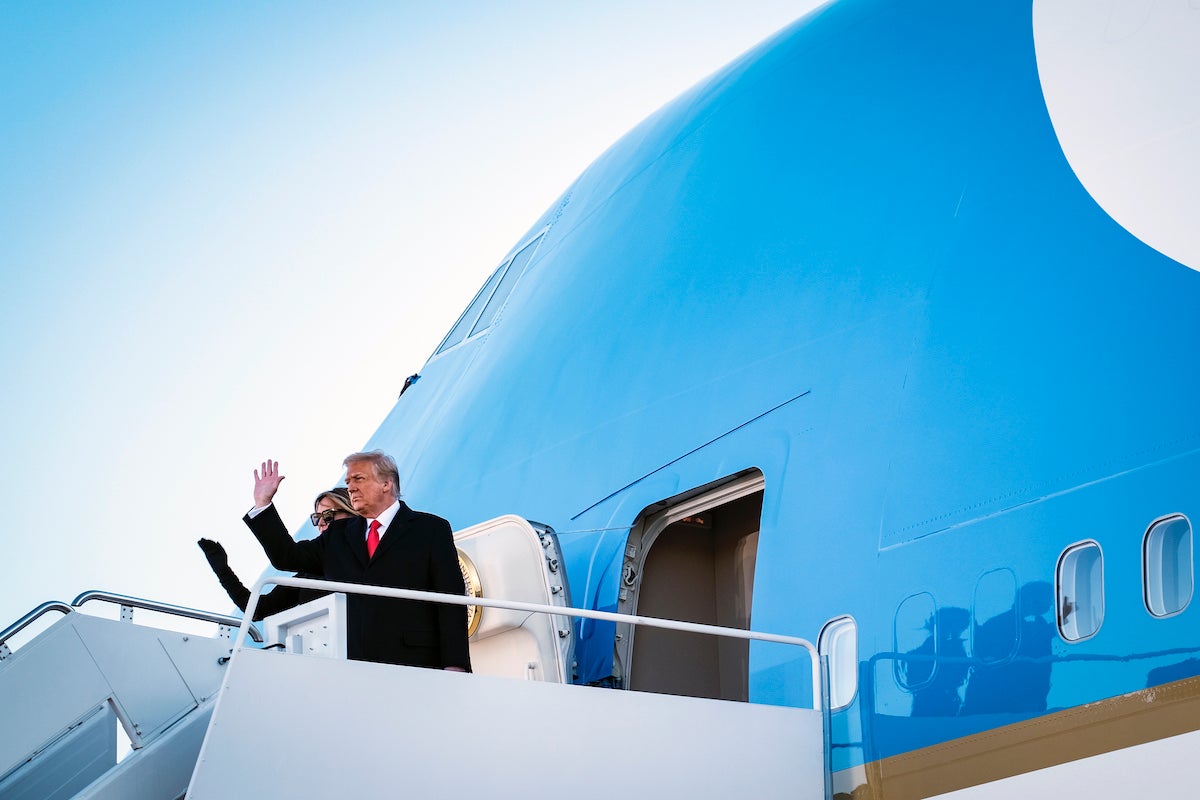 Trump and Melania Trump board Air Force One.

From there, the outgoing president and first lady Melania Trump boarded the plane bound for Palm Beach, Florida. Cheers from a crowd greeted them as they landed and headed to Trump’s Mar-a-Lago club, his post-presidency residence. 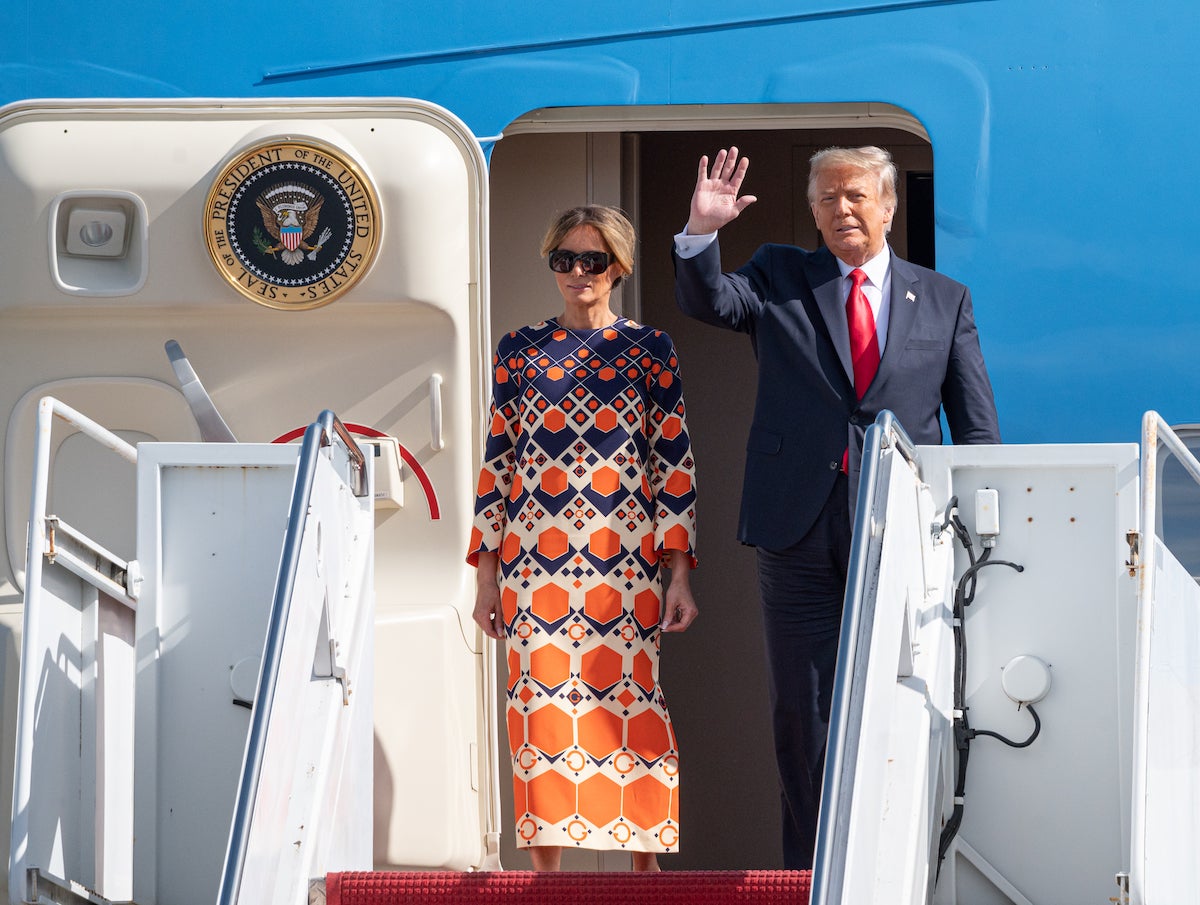 Trump and Melania Trump exit Air Force One at Palm Beach International Airport on the way to Mar-a-Lago. Outgoing Vice President Mike Pence stayed behind in Washington, D.C., after Trump departed. Pence and second lady Karen Pence attended the inauguration of Biden as the 46th president of the United States and Kamala Harris, the first woman and person of color to serve as vice president. 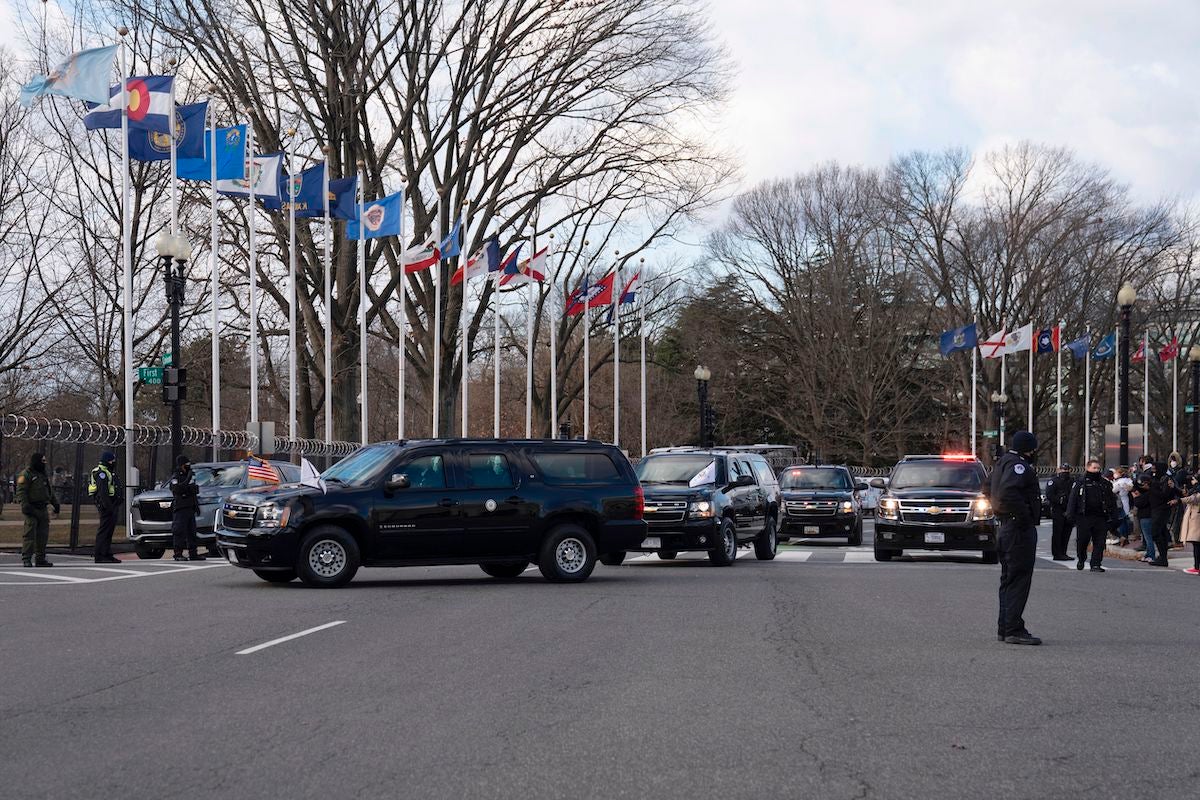 Pence’s motorcade arrives for the inauguration of Biden. 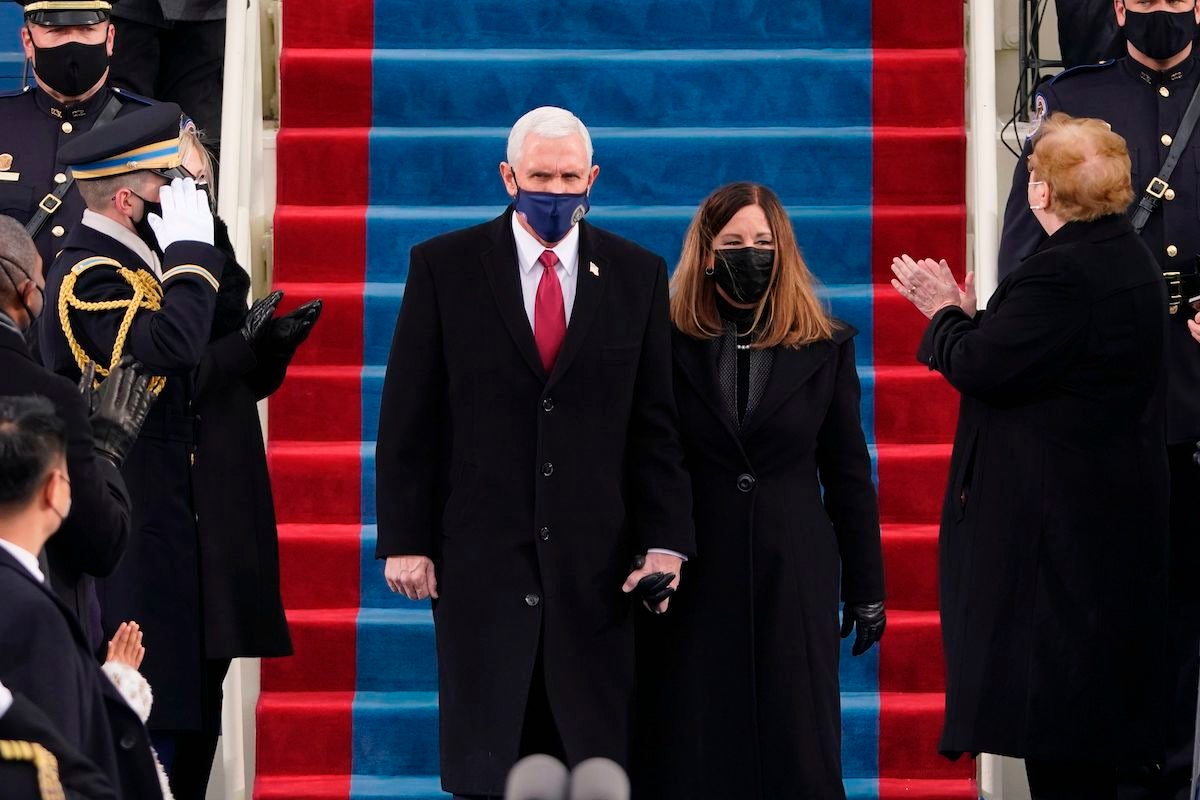 Pence and his wife, Karen, arrive for the inauguration. 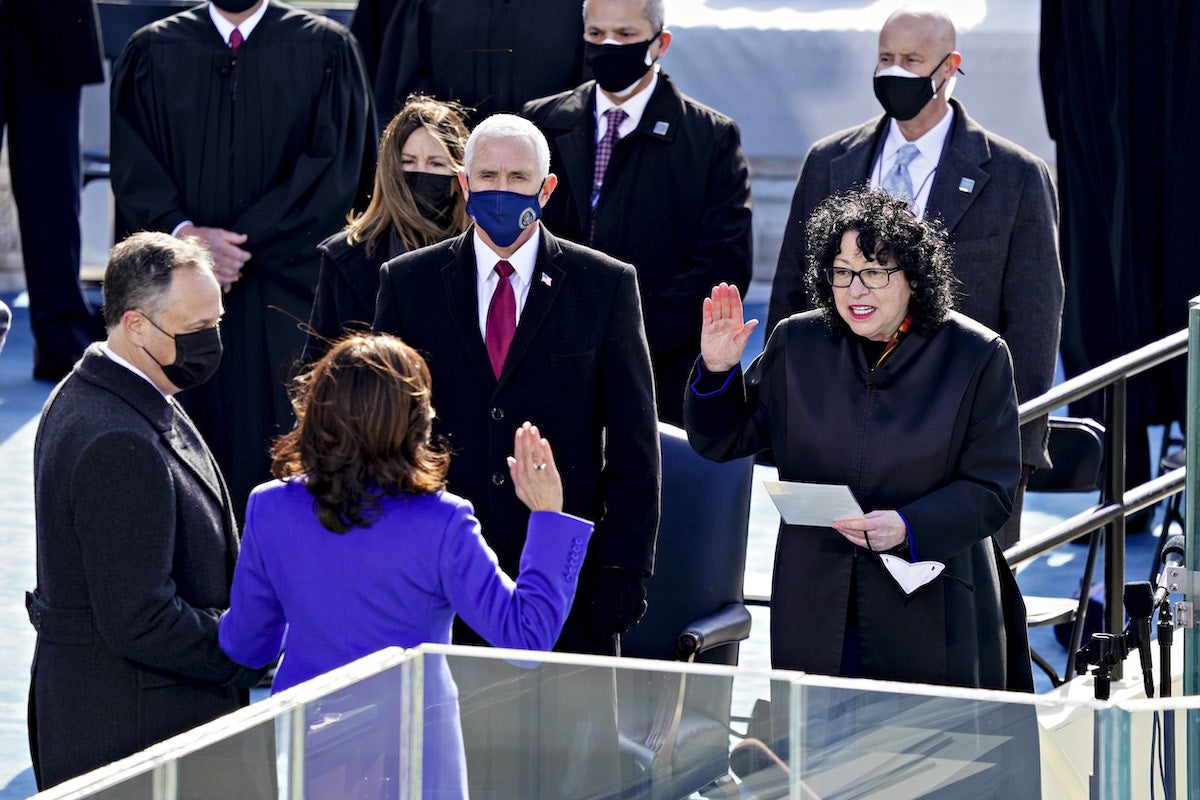 The Pences spoke with Harris and her husband, second gentleman Doug Emhoff, as they left the Capitol after the ceremony. 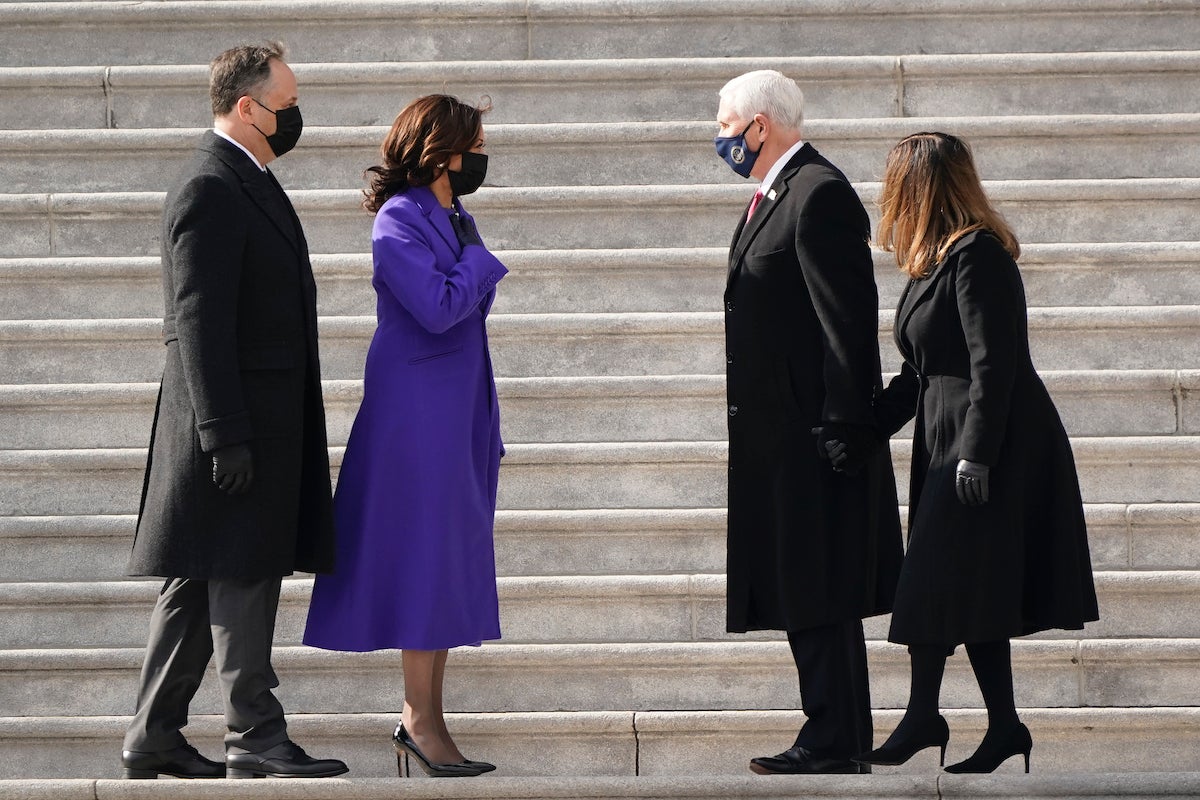 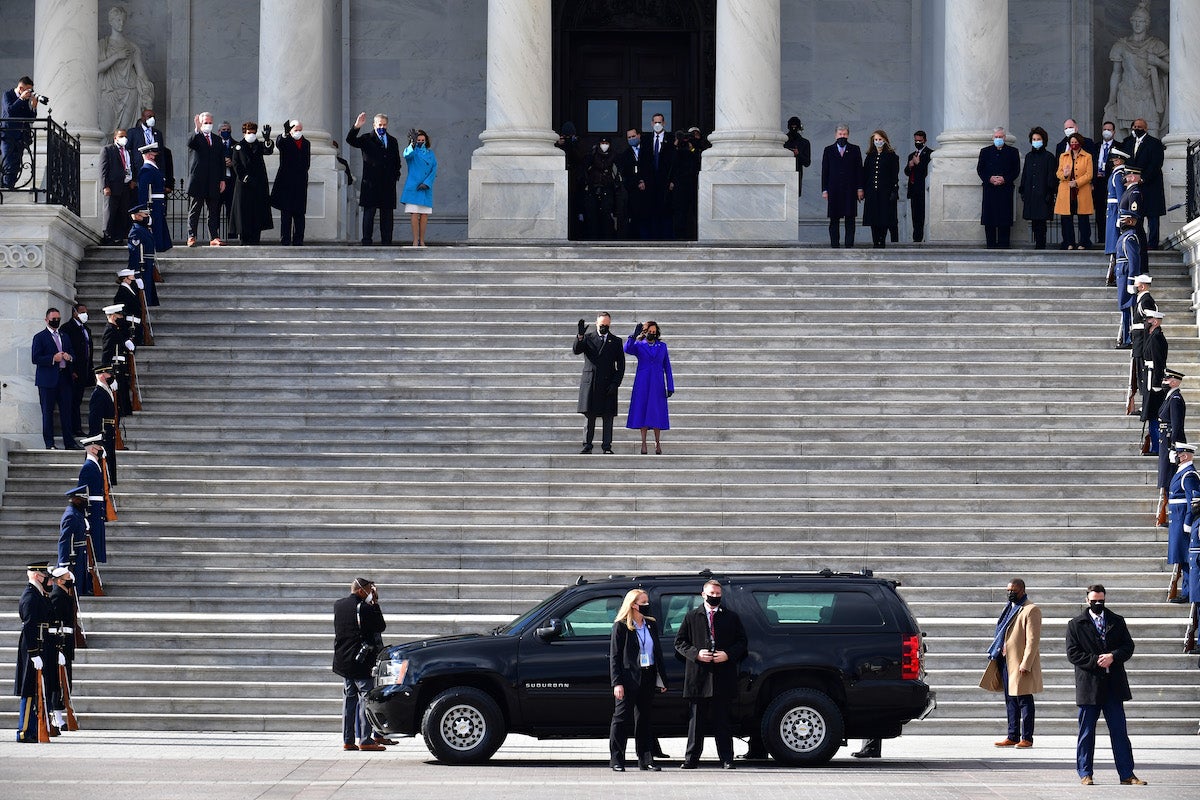 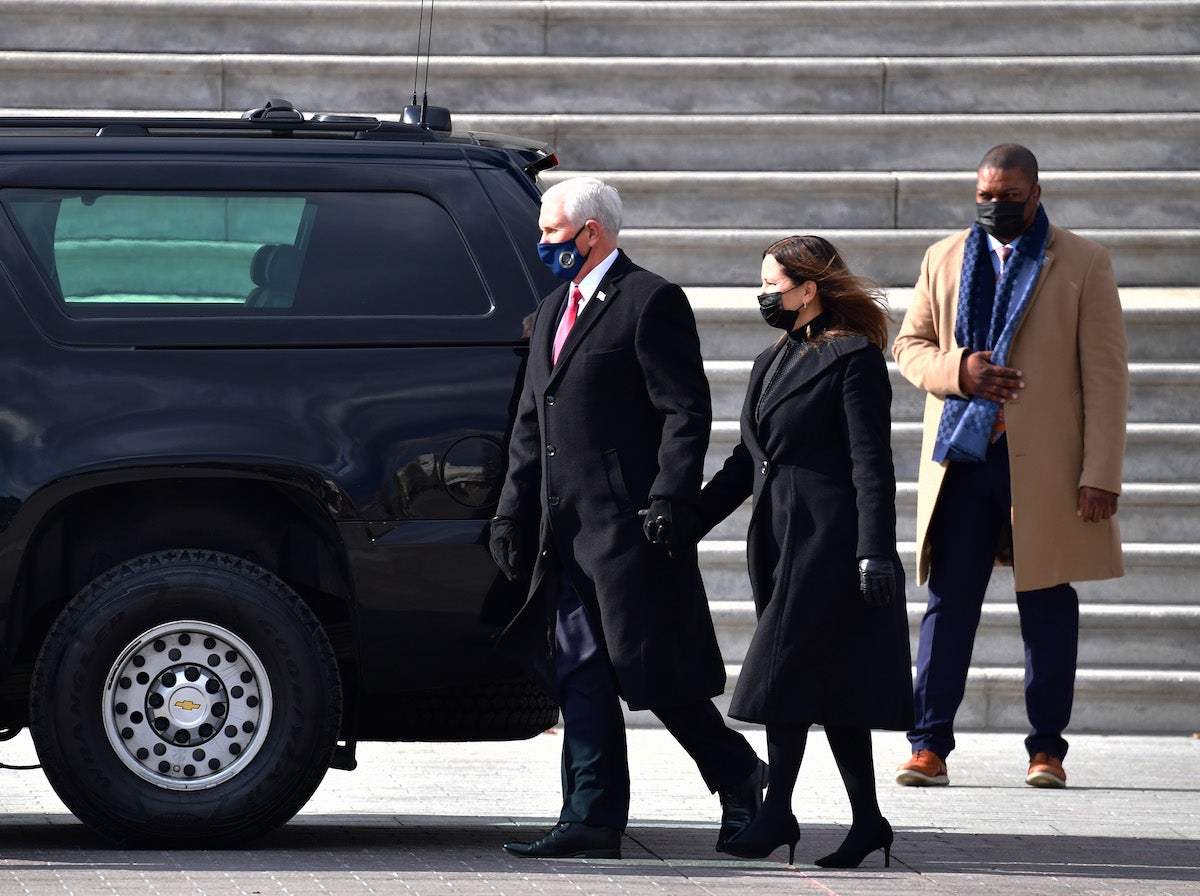 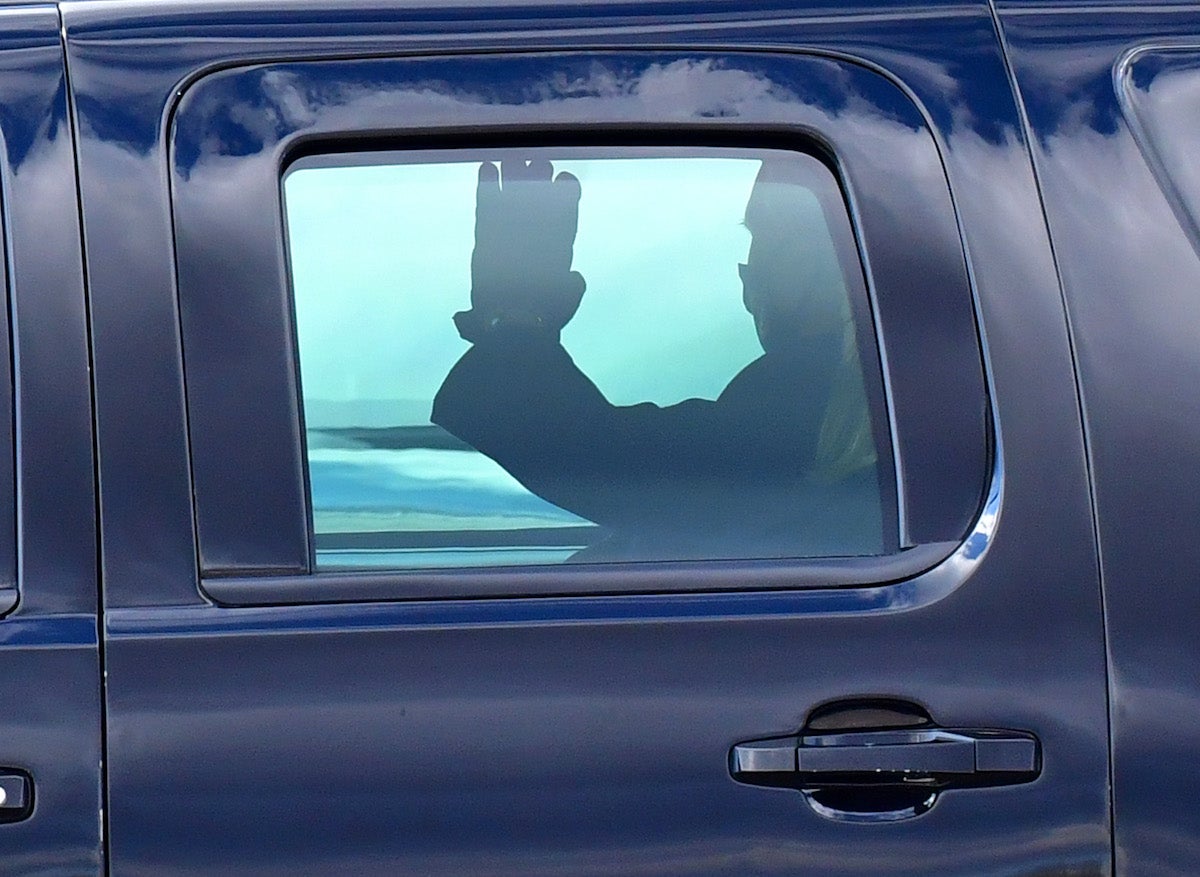 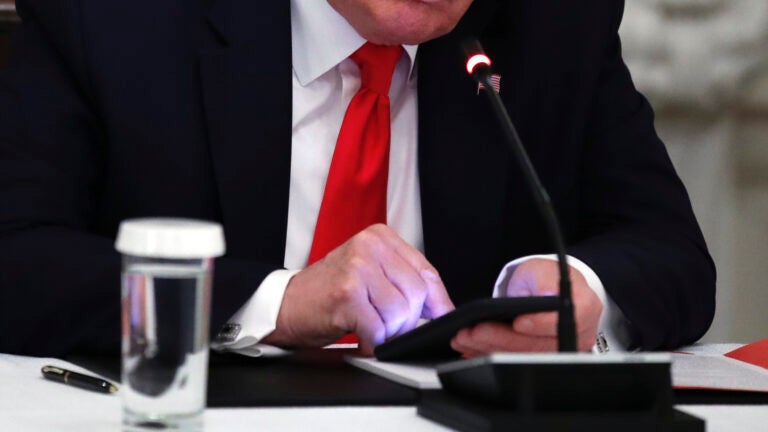