“My heart will always remain alongside my brothers and sisters of the BPD, who over the course of my 37-year career have become my village,” Gross said in a statement. “I will continue to be one of their biggest champions as I move forward with my next chapter.”

It’s not immediately clear what that “next chapter” will be.

The sudden announcement Thursday came amid speculation that Gross would enter the 2021 mayor’s race, which simultaneously grew to three candidates Thursday morning.

Earlier this month, the 56-year-old said he would give a mayoral bid “deep consideration,” after Walsh was nominated to be President Joe Biden’s labor secretary. Sources close to Gross said at the time that he was between 90 percent and 95 percent sure he would run.

In a statement, Walsh thanked Gross for his 37 years of service to the Boston Police Department and his two-and-a-half years as commissioner.

“Throughout his decorated career, he’s always embodied the spirit of community policing that is so important to building trust with the people we serve,” Walsh said. “Anyone who knows Willie can instantly feel his love for the job and his passion for keeping communities safe. No matter the situation, his warm smile, dedication, and love for meeting people made him uniquely capable of taking on the toughest challenges.”

As the city’s first Black police commissioner, Gross “reflects the great diversity of our city,” the mayor added.

“We can all be proud of the legacy he’ll leave behind, from reducing major crime to helping undertake the most ambitious set of police reforms in the department’s history,” said Walsh, who recently signed an ordinance to create a new independent police accountability office following task force recommendations spurred by the protests against racial injustice last year.

White, who also currently serves as Gross’s chief of staff and was a member of the police reform task force, will assume the role of acting commissioner Friday until he is formally sworn in.

Walsh’s office said a swearing-in ceremony will be announced in the coming days.

“Superintendent White is a proven leader who is trusted and respected in the community and by his colleagues in the Boston Police Department,” Walsh said. “I’m confident that Dennis will continue to advance the progress made by Commissioner Gross, including implementing community-led recommendations for police reform, while drawing on his own extensive career experience to bring fresh ideas and innovative thinking to the department.” 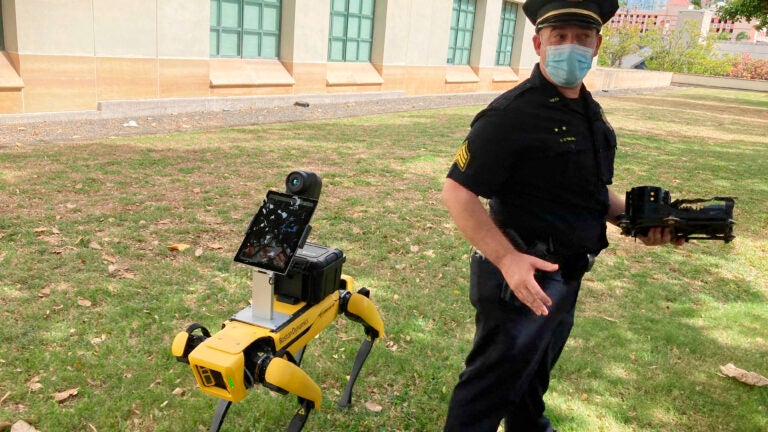