House impeachment managers wrapped up their emotionally charged incitement case against former President Donald Trump on Thursday by warning that he remains a clear and present danger to American democracy and could foment still more violence if not barred from running for office again.

With the sounds of a rampaging mob still ringing in the Senate chamber, the managers sought to channel the shock and indignation rekindled by videos they showed of last month’s attack on the Capitol into a bipartisan repudiation of the former president who inflamed his supporters with false claims of a stolen election.

The argument was meant to rebut Republicans who have said that holding an impeachment trial for a former president was pointless and even unconstitutional because he has already left office and can no longer be removed. But if Trump were convicted, the Senate could bar him from holding public office in the future, and the managers emphasized that the trial was aimed not at punishment but prevention.

“I’m not afraid of Donald Trump running again in four years,” said Rep. Ted Lieu, D-Calif., another of the managers. “I’m afraid he’s going to run again and lose, because he can do this again.”

In the final day of their main arguments, the managers also sought to preempt the defense that Trump’s legal team will offer Friday by rejecting his claim that he was simply exercising his free-speech rights when he sent a frenzied crowd to the Capitol as lawmakers were counting Electoral College votes and told it to “fight like hell.” The First Amendment, managers said, does not protect a president setting a political powder keg and then lighting a match.

“President Trump wasn’t just some guy with political opinions who showed up at a rally on Jan. 6 and delivered controversial remarks,” said Rep. Joe Neguse, D-Colo., another manager. “He was the president of the United States. And he had spent months using the unique power of that office, of his bully pulpit, to spread that big lie that the election had been stolen to convince his followers to ‘stop the steal.’ ”

But for all of the drama of the prosecution’s case, most Republican senators appeared unswayed, and Trump seemed to retain enough support to block the two-thirds vote required under the Constitution for conviction on the single “incitement of insurrection” count. While a handful of Republican senators may break from the former president, others seemed to go out of their way Thursday to express impatience with the trial, the second that Trump has faced.

With Republican positions hardening and President Joe Biden’s agenda slowed by the proceedings, Democratic senators began signaling that they had seen enough, too, and members of both parties were coalescing around a plan to bring a quick end to the trial with a vote on guilt or innocence as early as Saturday.

Confident of acquittal, Trump was spotted on a golf course in Florida while his defense team prepared a truncated presentation to offer Friday rather than take the full two days for arguments permitted by trial rules.

After a much-panned preliminary appearance earlier this week, Trump’s lawyers planned to argue that he was being prosecuted out of partisan enmity, never overtly called for violence and was not responsible for the actions of his supporters.

Republican senators exhibited little eagerness to defend Trump’s actions, instead explaining their likely acquittal votes by maintaining that it is unconstitutional and unwise to put a former president on trial and accusing Democrats who sometimes use fiery speech themselves of holding a political foe to a double standard. The Senate rejected the constitutionality argument Tuesday on a 56-44 vote, allowing the trial to proceed, but Republicans said they were not obliged to accept that judgment.

“My view is unchanged as to whether or not we have the authority to do this, and I’m certainly not bound by the fact that 56 people think we do,” said Sen. Roy Blunt, R-Mo. “I get to cast my vote, and my view is that you can’t impeach a former president. And if the former president did things that were illegal, there is a process to go through for that.”

Sen. Marco Rubio, R-Fla., offered similar reasoning. “What happened on Jan. 6 — I said it the moment it started — was unpatriotic, un-American, treasonous, a crime, unacceptable,” he said. “The fundamental question for me, and I don’t know about for everybody else, is whether an impeachment trial is appropriate for someone who is no longer in office. I don’t believe that it is.”

To convict, at least 17 Republican senators would have to vote against the former president, a scenario that seemed implausible. But both sides were watching to see how many ultimately back prosecutors, which could still infuse the case with bipartisan credibility depending on the number.

All eyes were on the six Republicans who voted with Democrats this week to reject Trump’s constitutional objection — Sens. Bill Cassidy of Louisiana, Susan Collins of Maine, Lisa Murkowski of Alaska, Mitt Romney of Utah, Ben Sasse of Nebraska and Patrick J. Toomey of Pennsylvania.

No other Republican has signaled readiness to vote for conviction. In fact, after sitting silent through the managers’ harrowing video presentation a day earlier, several of them Thursday began to flaunt their fatigue with the trial as the managers made their latest arguments.

Sen. Rick Scott of Florida could be seen filling out a blank map of Asia. Sen. Thom Tillis of North Carolina retreated to his party’s cloakroom to read on his phone. At points, a dozen or more Republican senators were away from their mahogany desks.

“To me, they’re losing credibility the longer they talk,” Sen. James M. Inhofe, R-Okla., said of the managers.

But the managers argued that the president’s actions posed a threat to democratic institutions, the culmination of months of incendiary lies about election fraud meant to generate support for his effort to hang onto power despite the will of the voters. In their presentations, the managers played clips showing Trump repeatedly telling backers that they had to stop the election from being finalized.

They likewise made the case that Trump had shown a propensity for mob violence over the years, regularly encouraging supporters at rallies to “knock the crap” out of hecklers and praising a congressman who body-slammed a reporter as “my kind of guy.” The managers reminded the senators of Trump’s infamous comment that there were “very fine people on both sides” after a white supremacist march in 2017 in Charlottesville, Virginia, turned deadly and noted that he did nothing to discourage armed extremists who stormed Michigan’s statehouse last year.

They made the point that Trump not only incited the crowd Jan. 6 but disregarded pleas from fellow Republicans to more explicitly call on the rioters to stop the attack, endangering his own vice president, Mike Pence, whom he blamed for not trying to overturn the election. Even as 16 members of his own administration quit in protest, Trump offered no remorse and defended his actions as “totally appropriate.”

“President Trump perverted his office by attacking the very Constitution he was sworn to uphold,” Raskin said.

Rep. David Cicilline, D-R.I., quoted a police officer shaken by the Capitol siege and asking if this was still America.

“Is this America?” Cicilline repeated, turning the query toward the senators. “What is your answer to that question? Is this OK? If not, what are we going to do about it?”

In their days of presentations, the nine-member team of managers tried to apply lessons from last year’s impeachment trial of Trump. The team is generally younger with less experience in Congress — Neguse is just 36 — but collectively more polished. And they made a point of trying to avoid the endless repetition of last year’s presentations that turned off senators in both parties, keeping to a more rigorous division of labor to weave a tight narrative.

Where last year’s trial allowed each side up to 24 hours over three days for arguments, this year’s managers used only about 10 of the 16 hours they were allotted. They were also less confrontational as they addressed Republican senators, who in response praised their performance even if it did not change their minds about the case. And unlike their predecessors, they had the advantage of video footage documenting the events at issue, which many of them lived through.

Aware that senators want to wrap up the trial, Raskin’s team appeared unlikely to ask for witnesses, another departure from last year, when a request for live testimony generated fierce debate and was eventually rebuffed by the Republican majority at the time.

Trump’s current legal team also seemed intent on trying not to tax the senators’ patience. David I. Schoen, one of the former president’s lawyers, said they would use just three to four of their 16 hours, allowing the senators to proceed to their own question-and-answer period later Friday and most likely a final vote by Saturday.

Given that the senators lived through the Capitol siege, both sides indicated they were familiar enough with the issues to make a decision by the weekend.

“It’s a pretty clear picture at this point,” said Sen. Martin Heinrich, D-N.M. “If you can live through that and see the totality of it in one place, and not think that these things are directly connected — that’s hard to imagine.” 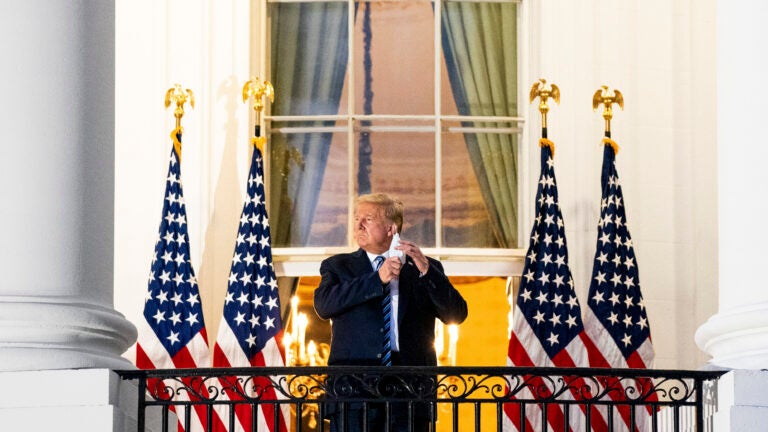 Trump was sicker than acknowledged with COVID-19