Democratic impeachment managers leaned on the words of Republican Gov. Charlie Baker on Thursday to make their case that former President Donald Trump incited the riotous attack on the Capitol last month.

“President Trump would have his base and the world believe that his conduct was totally appropriate,” Rep. Ted Lieu said. “It is important to impeach that falsehood.”

Lieu proceeded to cite comments from several GOP governors condemning their fellow Republican for ginning up his supporters on the belief that the 2020 presidential election was swung by widespread voter fraud, a claim that has been repeatedly debunked and dismissed by courts.

The comments included a clip of Baker’s prepared remarks at the Massachusetts State House on Jan. 7, a day after the riot, during which he said Trump should “step down.”

“Remember, this was a culmination of months of President Trump repeating over and over again that the American electoral system is a fraud,” Baker said in the clip shown Thursday. “After he stoked the flames of outrage for weeks leading up to the events of yesterday, he refused to adequately prepare the U.S. Capitol for the possibility of violence and left it nearly defenseless. His remarks during and after the travesty of the attack on the Capitol were disgraceful.”

“The fact these flames of hate and insurrection were lit by the President of the United States will be remembered as one of the darkest chapters in our nation’s history,” Scott said.

Baker, who refused to take a stance on Trump’s first impeachment or subsequent Senate trial, said last month that he supported the effort to impeach Trump a second time. 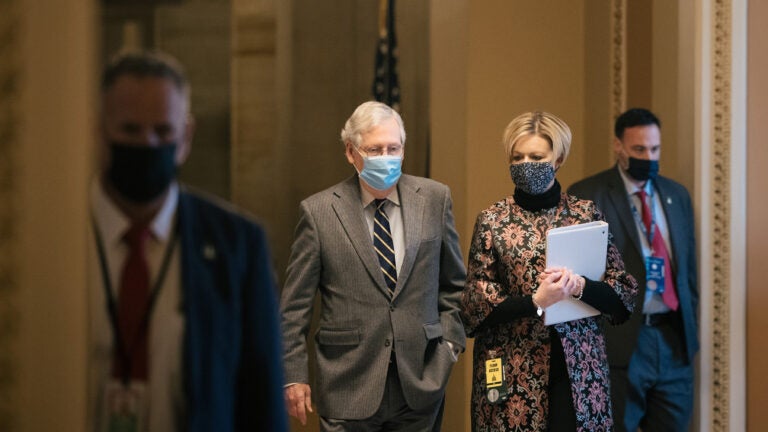 Impeachment managers rest their case against Trump, but most Republicans are not swayed