President Joe Biden has balked at a popular plan from progressives to cancel $50,000 of student loan debt for every borrower. Sen. Elizabeth Warren, one of the prominent Democratic leaders pushing for greater debt relief, pitched a simple call to action for supporters who want Biden to change his mind: Send him a note.

During a virtual town hall on Wednesday evening, the Massachusetts senator argued that slashing a major portion of student debt would both help the nearly 45 million American paying off loans and aid in improving the economy for everyone.

Warren highlighted two data points that further exacerbate the student loan crisis: Nearly 40 percent of people with debt weren’t able to get a diploma because of extenuating circumstances, and around two-thirds of graduates from cheaper state schools still had to incur debt. She noted that student loans also contribute to the racial wealth divide.

“It’s just crushing the bones of a lot of people out here,” Warren said.

The push for $50,000 of relief, which was central to Warren’s run for president, contrasts heavily with Biden’s markedly more moderate plan to cancel $10,000 in student debt. The senator noted that any amount of debt cancellation could be issued with an executive order, pointing to moves by Presidents Barack Obama and Donald Trump to cut some student debt.

“If we can persuade the president, we can do this one fast,” she emphasized. 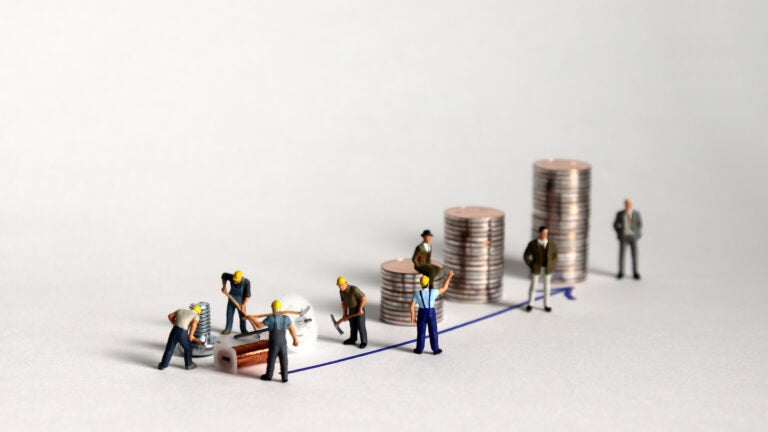 Boston.com readers are split over proposal to pay laid-off workers to get back to work