ALBANY, N.Y. (AP) — A former member of Gov. Andrew Cuomo’s administration who previously accused him of sexual harassment offered new details Wednesday, saying he once kissed her on the lips without consent after a private meeting.

Lindsey Boylan said that during her more than three years working as an economic adviser in the administration, Cuomo “would go out of his way to touch me on my lower back, arms and legs,” compared her to one of his rumored ex-girlfriends and once joked they should play strip poker.

Boylan, a Democrat running for Manhattan borough president, wrote in a post on the website Medium that the kiss happened after she gave Cuomo a one-on-one briefing on economic and infrastructure projects in his New York City office.

Today I am telling my story. I never planned to share the details of my experience working in the Cuomo administration, but I am doing so now in hopes that it may make it easier for others to speak their own truth. https://t.co/n1Lcc6Ac66

“As I got up to leave and walk toward an open door, he stepped in front of me and kissed me on the lips. I was in shock, but I kept walking,” she said. “The idea that someone might think I held my high-ranking position because of the Governor’s ‘crush’ on me was more demeaning than the kiss itself.”

Boylan, a former deputy secretary for economic development and special advisor to the governor, tweeted in December that Cuomo sexually harassed her, but she didn’t reveal details and declined interview requests.

At the time, Cuomo denied that he did anything inappropriate.

“Look, I fought for and I believe a woman has the right to come forward and express her opinion and express issues and concerns that she has,” Cuomo told reporters. “But it’s just not true.”

Cuomo’s spokesperson Caitlin Girouard said Wednesday that all of Boylan’s “claims of inappropriate behavior are quite simply false.”

Boylan said she initially spoke up about her experiences because of reports Cuomo was being considered as President Joe Biden’s pick for attorney general.

She decided to elaborate, she wrote, because she hoped it would empower other women to come forward. The more detailed account of her allegations against Cuomo comes amid mounting criticism about the work culture around the three-term governor and how he wields his power.

Boylan confirmed that she had posted the blog, but did not respond to a request for further comment.

Boylan joined the administration in the spring of 2015 at Empire State Development, which runs the state’s economic development programs.

She said she first met Cuomo in person at an event at a Madison Square Garden in January of 2016.

“My boss soon informed me that the Governor had a ‘crush’ on me,” Boylan said. “It was an uncomfortable but all-too-familiar feeling: the struggle to be taken seriously by a powerful man who tied my worth to my body and my appearance.”

In her Medium post, Boylan included a screenshot of Nov. 4, 2016, text message exchange with her mother, in which Boylan said the governor was being “creepy” and “has a crush on me.” She also said the governor’s staff needlessly inquired about whether she planned to go to events he was attending.

She also posted a screenshot of a Dec. 14, 2016, email in which an aide told Boylan the governor suggested she look up pictures of a woman he was rumored to have dated. “You could be sisters. Except you’re the better looking sister,” the aide wrote.

She said that after a December 2016 holiday party for senior state employees in Albany, the governor had an aide summon her to his office, where he showed her a cigar box from former President Bill Clinton, under whom Cuomo served as U.S. housing secretary.

Cuomo “didn’t touch me,” Boylan wrote, but she said the encounter made her deeply uncomfortable.

During an October 2017 jet flight, she said Cuomo quipped “let’s play strip poker” as they sat with a press aide and a state trooper. She said she brushed it off with a joke, sarcastically saying, “That’s exactly what I was thinking,” but privately found the comment upsetting.

The governor’s office confirmed that Boylan flew with the governor on four occasions in October 2017, but released a statement from four people who were on those flights who said the joke about strip poker never happened.

Boylan said when she was offered a promotion in 2018, she initially turned the job down because she didn’t want to work more closely with Cuomo. She said she agreed to take the position after the administration agreed to let her keep her old office on a separate floor.

Boylan claimed that besides her own experiences, the governor created a culture of pervasive sexual harassment, including making unflattering comments about the weight of female colleagues, ridiculing them about their romantic relationships and having roses delivered to female staff on Valentine’s Day.

“His inappropriate behavior toward women was an affirmation that he liked you, that you must be doing something right,” Boylan said. “He used intimidation to silence his critics. And if you dared to speak up, you would face consequences.”

Cuomo was in a long-term relationship with Food Network star Sandra Lee throughout the timeframe laid out in Boylan’s accusations. Cuomo announced his split from Lee in September 2019.

Boylan said two other former Cuomo staffers have privately confided in her that they were also sexually harassed by the governor in the workplace, including one who “lived in constant fear, scared of what would happen to her if she rejected the Governor’s advances.” She did not identify them.

Personnel memos written in 2018, obtained by The Associated Press, indicate that Boylan resigned after she was confronted about complaints she had belittled and yelled at her staff.

Boylan said those records “were leaked to the media in an effort to smear me.”

In her post on Medium, she offered a different reason for her departure, saying her relationship with Cuomo’s “senior team — mostly women — grew hostile after I started speaking up for myself. I was reprimanded and told to get in line by his top aides, but I could no longer ignore it.” 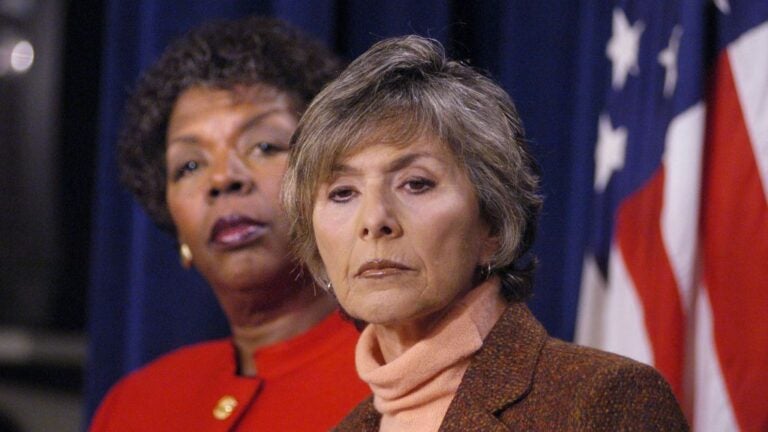