The unexpectedly long wait is apparently over — in 10 days, at least.

Walsh’s office said they could not immediately confirm the news, noting that a vote had yet to be formally scheduled. The 53-year-old Dorchester native is widely expected to be confirmed when the vote does take place.

The news Friday comes after weeks of waiting in Boston political circles, after Walsh cruised through a Feb. 4 hearing before the Senate Committee on Health, Education, Labor, and Pensions, which advanced his nomination one week later on a bipartisan 18-4 vote.

However, the process subsequently stalled, as the Senate took up former President Donald Trump’s second impeachment trial and debated a massive $1.9 trillion COVID-19 relief bill. With a 50-50 partisan split in the Senate, the confirmation of Biden’s Cabinet was taking place at the slowest rate in modern history, the Associated Press reported last week.

However, Politico reported Wednesday that the Senate plans to pick up the pace in the coming days and weeks, with the impeachment trials and COVID-19 bill off their plate.

According to the Center for Presidential Transition, Walsh is one of just three of Biden’s 15 Cabinet secretaries who had yet to be confirmed as of Friday.

The delay recently rendered moot a home rule petition approved by city and state lawmakers to avoid a special election, ahead of Boston’s regularly scheduled elections later this year, if Walsh left office before March 5.

If and when Walsh does leave, Boston City Council President Kim Janey will fill his spot as acting mayor until a winner is certified following the mayoral election in November (the city will also hold a preliminary election in September to narrow down the increasingly crowded field). Janey will be the first woman and first person of color to lead Boston. 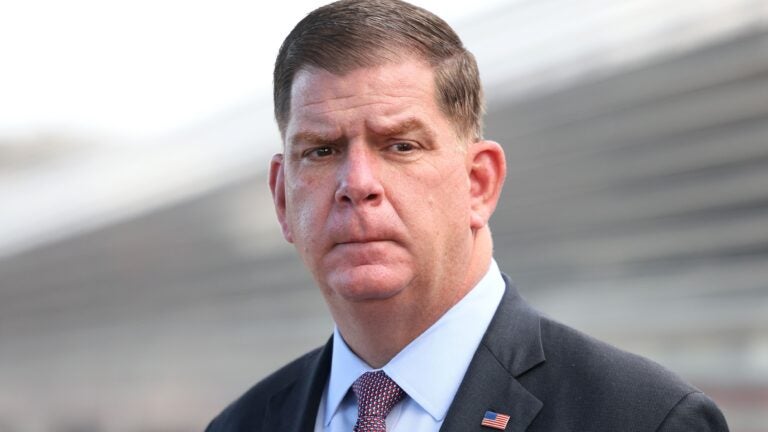