A Roxbury native and city councilor for District 7, Janey, 55, a former education advocate, will also be Boston’s first woman to serve as mayor.

The Boston City Council President officially stepped into the role at 9:01 p.m. Monday night — one minute after former mayor Marty Walsh submitted a letter of resignation following his confirmation to become the nation’s secretary of labor.

Under the city charter, the sitting council president serves as acting mayor should a sitting mayor resign mid-term.

“It is surreal,” she recently told The Boston Globe about stepping into the position. “Particularly when I think of my own background growing up. Just seeing how far our city has come. It’s amazing.”

As acting mayor, Janey can only perform duties that are urgent or “not admitting of delay,” as the charter spells out.

But, an acting mayor can still pass or veto ordinances approved by the City Council and can carry out many other executive tasks, such as handling city contracts and grants and dealing with payroll.

Walsh, who is heading to Washington D.C. as Boston faces the continuing challenges of the COVID-19 pandemic, asserted Monday that his and Janey’s teams have worked closely to ensure a smooth transition.

“We’ve held extensive planning sessions,” Walsh said. “Every department has been engaged in this process and is taking proactive steps to ensure the continuity of services and operations in the city of Boston.”

He added: “I am confident, more than confident, that city government will move forward very smoothly, from the daily services that our residents rely on to our COVID response and public safety (and) the many long term capital improvements that we have launched across all of our different neighborhoods.”

In a tweet, Janey congratulated Walsh for his Senate confirmation, calling him a “proud son of Dorchester who will bring our city with [him] to the [Department of Labor].”

“The working people of America will benefit greatly from your passion,” Janey wrote. “Now, we look ahead to a new day — a new chapter — in Boston’s history.”

Congratulations on your confirmation, Secretary Walsh. You are a proud son of Dorchester who will bring our city with you to the @USDOL. The working people of America will benefit greatly from your passion.

As he reflected on his own tenure as mayor, Walsh offered his amazement about the historic moment Boston was set to experience once Janey was sworn-in. 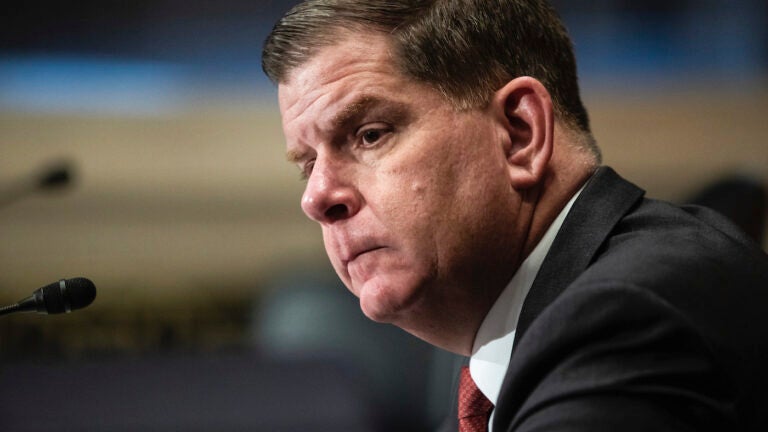