While many Massachusetts elected officials applauded the recent passage of the American Rescue Plan, local leaders in cities like Chelsea and Everett expressed outrage last week about the $1.9 trillion COVID-19 relief bill.

Due to the use of an outdated federal funding formula that allocated additional sums of money to communities with more than 50,000 residents, the hard-hit working-class cities were slated to get a fraction of the direct municipal aid compared to slightly larger neighbors, including several of Boston’s wealthier suburbs.

Chelsea, a city of roughly 40,000, will get $11.6 million and Everett, which has a population of 46,000 is set to receive $13.6 million, according to the estimates by the Massachusetts Municipal Association.

Meanwhile, Revere, which has a population of 53,00, is estimated to get $30.5 million. Brookline, a town of 59,000 people, is slated for more than $34 million; Newton, a city of 88,000, is looking at $65 million from the bill, which received unanimous support from Massachusetts congressional delegation.

State Sen. Sal DiDomenico called it “appalling and outrageous that two of the hardest-hit communities … are getting a fraction of the federal funds that neighboring communities are getting – and many being much more affluent.” Chelsea City Manager Tom Ambrosino called the funding levels “unconscionable.” An Everett city councilor accused the state’s federal delegation of being “asleep at the wheel.”

But according to Rep. Ayanna Pressley, those funds were never the entire story.

In addition to the $3 billion in direct aid to municipal and county governments, Massachusetts is getting $4.5 billion in state government relief funds from the recently passed American Rescue Plan.

Pressley says she expects Gov. Charlie Baker to direct “tens of millions” to several underfunded hard-hit communities — three of which are in her district. In fact, according to the Massachusetts congresswoman, it’s incumbent on Baker, who has wide discretion to spend the state funds, to do so.

“It was Congress’s intent when we passed the bill that those funds were going to be distributed quickly and in a manner that really does reflect the disparate impact, and that it would make communities like Chelsea, like Everett, like Randolph whole,” Pressley told Boston.com in an interview Wednesday.

The text of the bill says that state governments could use their relief funds to generally address the public health or economic impacts of the pandemic, including through aid to households, small businesses, nonprofits, and affected industries like tourism, travel, and hospitality.

Under questioning by Sen. Elizabeth Warren during a Senate hearing Wednesday morning, Treasury Secretary Janet Yellen confirmed that language meant that governors could use state relief funding to provide extra help to smaller, hard-hit communities that did not qualify for larger amounts of direct funding.

“That is my understanding,” Yellen said. “We will put out guidance and work through all of the legalities, but I believe that what you have said is correct.”

The exchange came after nearly the entire Massachusetts congressional delegation sent a letter to Baker last week, urging him to direct state funds to the “communities that need it the most.”

According to Pressley, local leaders had raised pointed concerns about the relief bill’s direct funding for municipalities, which is based on an arcane Community Development Block Grant formula. She said Congress “always knew that it would be insufficient” to meet the need of those communities that were hardest hit.

“We always knew that, given those inequities, the CDBG formula was really a downpayment,” Pressley said Wednesday.

“Congress has given Governor Baker the resources and the tools necessary,” she continued. “We made sure that that spending was discretionary so that, again, it’s about prioritizing those hardest-hit communities, but also that he could be nimble and innovative and making sure that those that have been hardest hit are getting what they need.”

Baker’s office noted that the administration had directed over $60 million in state aid from previous federal COVID-19 relief bills to Chelsea, Methuen, Everett, and Randolph.

“After hearing directly from community leaders, the Governor plans to distribute more funding to these cities to make up for the issues these hard-hit communities are experiencing as a result of Congress’s funding restrictions,” Terry MacCormack, the governor’s deputy communications director, said in a statement.

It’s unclear exactly how much money the state will send to those communities. Baker’s office, which has been meeting with congressional staff, says the funding won’t be available for several weeks.

Pressley declined to put a number on how much the Baker administration should allocate, deferring to local officials in those hard-hit cities. Last week, Ambrosino told The Boston Globe that he thought it would cost $75 million to $100 million to treat Chelsea, Methuen, Everett, and Randolph fairly.

“This isn’t an inexpensive fix . . . but it’s the equitable fix,” Ambrosino said. “Diverting $100 million to solve a real equity problem — an appalling formula distribution when it came to these four communities — I don’t think that’s too big an ask.”

Pressley said the additional funding is “crucial” to support the the economic recovery and fiscal integrity of those cities, especially after “decades” of neglect.

“People keep talking about inequities being laid there and exacerbated by the pandemic,” she said. “The reason why [communities like Chelsea] have been hardest hit by COVID with infection rates, hospitalizations, and death rates is because of decades of underinvestment and systemic racism and structural inequities. They’re disproportionately burdened by environmental injustices, they dominate essential workforces, there’s unequal access to health care, all of those comorbidities. So the truth of the matter is, no matter what the allocation, I was always going to and will always lobby for more.” 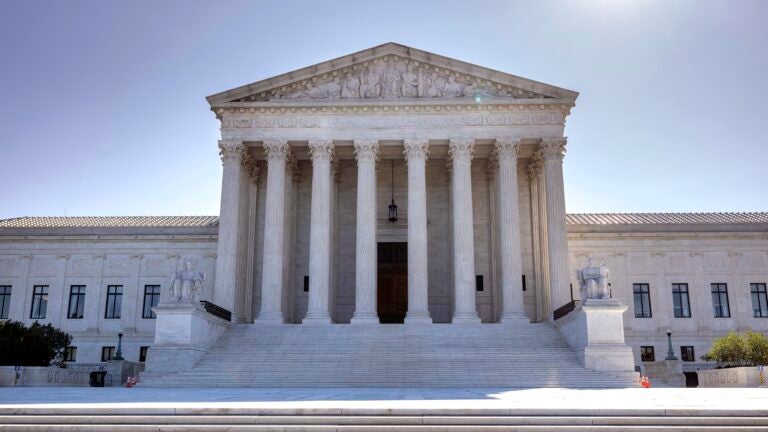