A new national poll conducted by UMass Amherst and WCVB shows a plurality of Americans blame former President Donald Trump for the violence that unfolded at the U.S. Capitol on Jan. 6.

Among the 1,000 people surveyed, 45 percent viewed Trump as the most responsible for the deadly insurrection, although the results, released Tuesday, indicate that viewpoint was not shared across party lines.

Democrats were also found to more likely refer to the incidents as a “riot,” “insurrection,” and “coup,” while 70 percent of Republicans deemed the affair a “protest.”

The storming of the Capitol left five dead. Two U.S. Capitol police officers who worked that day have since committed suicide.

“A little over 100 days since the shocking events that resulted in five deaths, scores of injured police officers, millions of dollars of damage to the U.S. Capitol and the temporary delay in the certification of the presidential election, close to 6-in-10 Americans describe the event as a ‘riot,’” Tatishe Nteta, associate professor of political science at UMass Amherst and director of the poll, said in a statement. “Partisanship is a lens by which we see the political world, however, and unsurprisingly partisanship plays a central role in the ways that Americans describe the events that took place on Jan. 6.”

Where Americans are apparently generally more on the same page is their feelings on continuing the effort by federal law enforcement to identify, arrest, and charge those who participated in the violence.

Fifty-two percent of respondents said they “strongly support” continuing the effort, while another 13 percent indicated they “somewhat support” it and an additional 13 percent said they neither support nor oppose it. 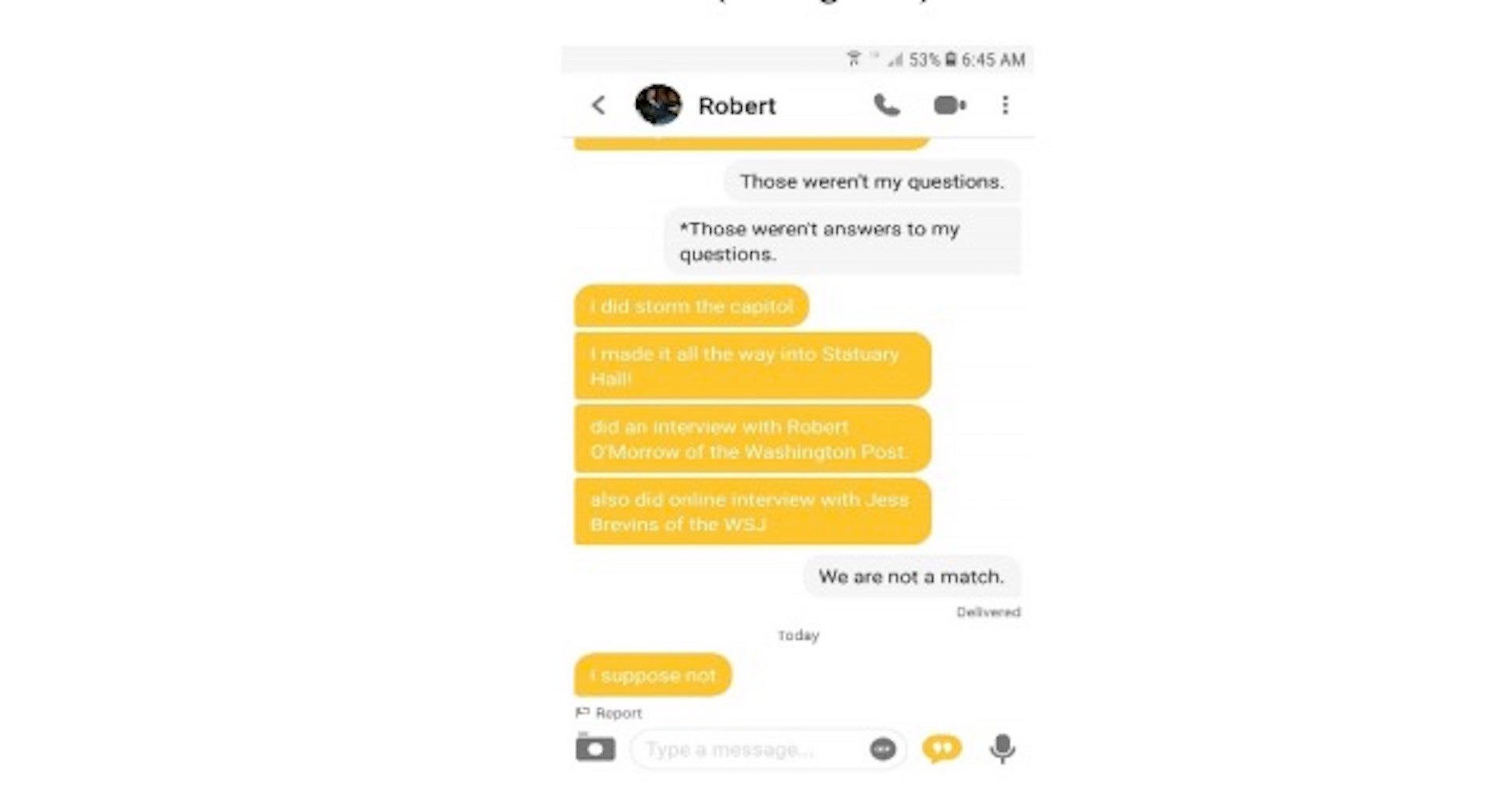 He boasted on Bumble about storming the Capitol, feds say. His would-be date turned him in: 'We are not a match.'