In the legal battle over whether Massachusetts should be able to tax workers from New Hampshire who began telecommuting during the COVID-19 pandemic, President Joe Biden’s administration is siding with the Bay State.

In a legal brief Wednesday, acting Solicitor General Elizabeth Prelogar wrote that the Supreme Court should not take up the case, arguing that New Hampshire’s claims lacked merit and that any decision would not help answer broader questions about taxing out-of-state remote workers in the wake of the pandemic.

Under an emergency regulation implemented last year, Gov. Charlie Baker’s administration said it would continue to subject out-of-state residents, who had commuted to Massachusetts for work up until the pandemic, to the state’s 5 percent income tax for days they would have otherwise been at their workplaces (though they could still deduct work-from-home days from their taxable income if they worked remotely prior to the pandemic).

The rule is currently set to expire on Sept. 13 — exactly 90 days after Baker’s COVID-19 state of emergency expires.

New Hampshire Gov. Chris Sununu called the temporary rule an attempt to “punish our workers for making the decision to work from home and keep themselves and their families and those around them safe.”

And in October, his state, which has no state income tax, sued Massachusetts, arguing that the rule infringes on New Hampshire’s sovereign discretion over its own tax policy and asked the Supreme Court use its “original jurisdiction” to directly decide the interstate legal battle.

But according to Prelogar, the Supreme Court is not the right venue.

While some states had filed motions in support of New Hampshire’s complaint in the hopes the case would answer emerging tax questions about the “ever-increasing numbers of remote workers nationwide,” Prelogar said that “the idiosyncratic and temporary nature of the Massachusetts tax rule makes this case a poor vehicle for resolving those broader questions, especially in the posture of a facial challenge.”

Instead, she wrote that the issue would be more adequately litigated at the individual level. In other words, New Hampshire residents subject to the temporary Massachusetts telecommuting rule were free to sue if they wanted.

Prelogar also went on to shoot down several of New Hampshire’s legal arguments.

She noted that individuals “often” have tax obligations to multiple entities.

“Although New Hampshire might prefer that its residents not pay personal income taxes to any government, an independent tax obligation falling on a State’s residents generally is not an injury to that State’s own sovereign prerogatives,” Prelogar wrote.

Furthermore, she said that if the Supreme Court takes the case, it would set a precedent that could swamp the court with future cases where a state objects to its residents being subjected to outside taxes.

Prelogar also contested New Hampshire’s argument that the temporary taxation of telecommuters who traveled to Massachusetts for work before the pandemic “effectively negates” the financial incentives for people to move to New Hampshire, calling it “speculative” that such a rule would affect migration patterns.

“Moreover, it could just as easily be argued that the rule provides a greater incentive for New Hampshire residents to seek employment at New Hampshire businesses and governmental agencies, rather than at their Massachusetts counterparts,” she wrote.

Sununu, however, is pledging to keep pressing the case.

“Try as they might, overreach by Washington politicians and efforts by the Biden administration will not deter NH from fighting against Massachusett’s [sic] unconstitutional attempt to tax our citizens,” the Republican governor tweeted Wednesday.

“We remain confident that the Supreme Court will hear our case and that we will win,” he added. 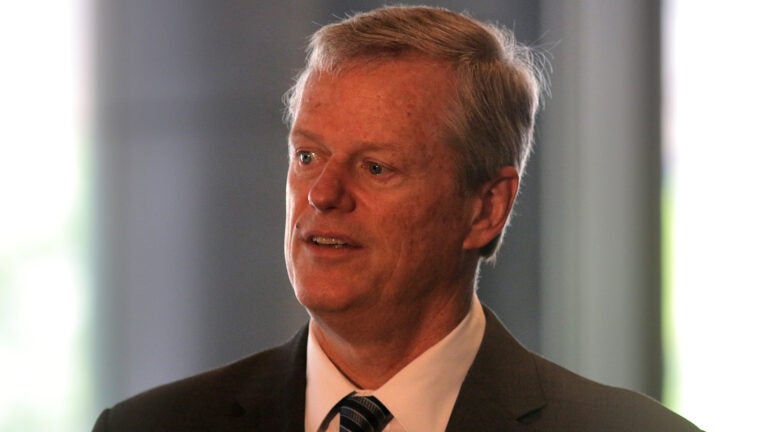